Smith had a negative antibody test and doctors still believe she had the coronavirus. 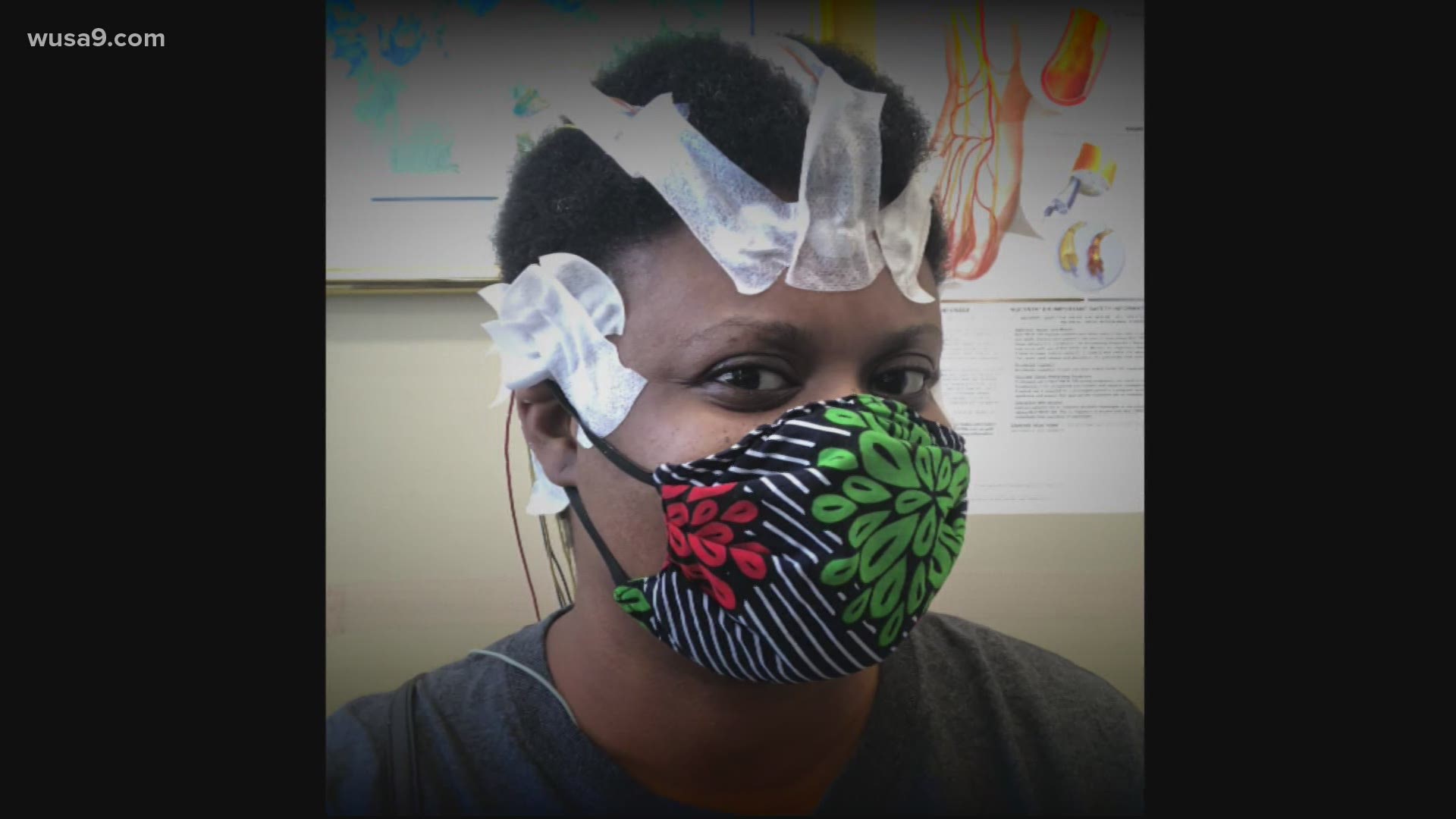 BALTIMORE COUNTY, Md. — A Maryland woman is still battling health issues that doctors believe might be tied to COVID-19 months after her initial symptoms.

“It's destroying my life,” Chimere Smith said when describing her life for the last seven months.

Smith still has little to no understanding of her deteriorating health.

Smith is a D.C. native living in Baltimore, Md. The teacher has been unable to work since getting sick.

“I've had all of the same symptoms as everybody else. I lost my vision and I'm currently dealing with a myriad of neurological symptoms that are running amok in my life right now. After that developed, I now have what you call, post-exertional malaise. So, I can't do a lot of activity without falling very weak in my body; my muscles get very tingly and very weak,” Smith added.

With every doctor’s visit, Smith said she gets a new diagnosis.

“I have developed a brain inflammation condition, a chronic condition called Trigeminal and simple neuralgia, which affects the left side of my face which often feels like it is in pain and that there's almost like an arthritis feeling in my face, constantly.”

In late March, Smith became sick. The coronavirus was still relatively new to this region. Testing was not readily available. She was diagnosed with a sinus infection at the time.

#GetUpDC, One Maryland woman is explaining the last 7 months of health challenges she's faced. Doctors believe she COVID-19 in March when the virus was still relatively new to this region. .@wusa9 pic.twitter.com/Rtr3P5VkmL

Smith said her doctors believe despite having a negative antibody test, she more than likely had the coronavirus earlier this year, and these may be some of the lasting side effects. She’s been tested for a host of other diseases, viruses, and conditions.

“Those tests have always come back negative,” Smith said.

RELATED: Coronavirus in the DMV: October 14

Dr. Linda Nabha is an infectious disease specialist. Though she’s not Smith’s primary physician she’s not surprised by her condition.

“Unfortunately, the antibody test is not helpful," Nabha said. "It’s not helpful to tell us if someone is immune or if someone’s been infected. Just because you have a negative antibody test, doesn’t mean you didn’t have coronavirus. We don’t really have the best tools to test to see if they were infected back then.”

The road to recovery for Smith is ongoing. She has no idea if she’ll get back to the life she once had. She warns others to pay attention to their bodies and any major health changes because the uncertainty is agonizing.

“All I wanted was a definitive answer,” Smith said.

RELATED: Does the flu vaccine affect my chances of getting COVID-19?