COVID-19 cancellations have cost theatre and other performance groups millions of dollars. More than 30% of the Houston Ballet's full-time staff has been cut. 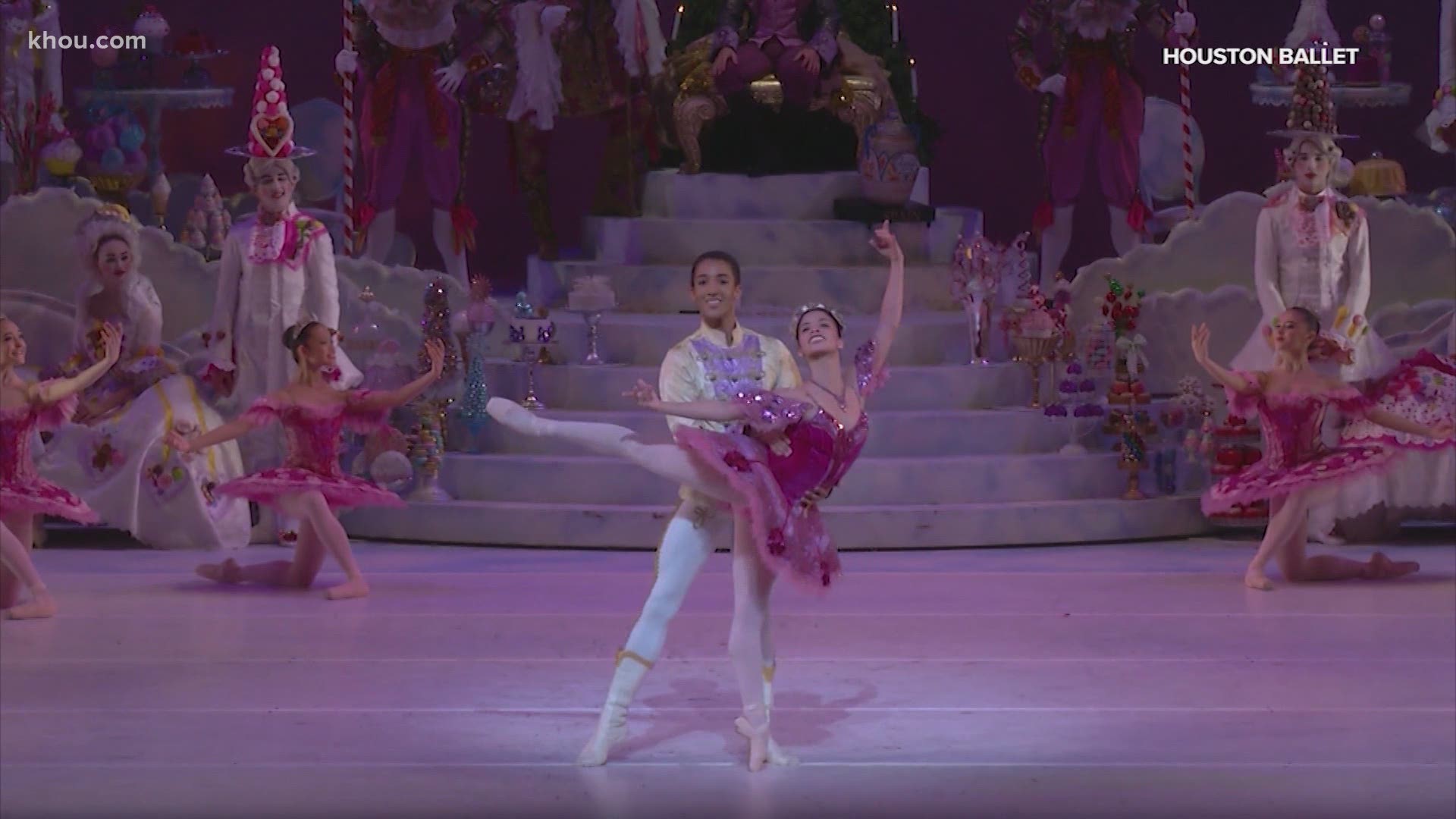 HOUSTON — It’s "curtains" for a beloved holiday tradition and a huge moneymaker for the Houston Ballet. The organization is canceling “The Nutcracker” this year and cutting 30% of its full-time staff.

"It’s a huge deal," said Theater Under The Stars artistic director Dan Knechtges. "And I think sends a message of how serious this is for the arts.”

"It’s $6 million that we’re looking at, collectively for TUTS, that we will have lost or we’re planning to lose in terms of revenue,” Knechtges said.

The Houston Grand Opera triumphantly returned to the flood-ravaged Wortham Center less than two years ago. But won’t resume performances until next April, at the earliest, and recently cut its staff by 27%.

The Alley Theatre cut its staff and operating budget as well.

However, the Alley still plans on in-person plays later this year with social distancing and other measures in place.

Meanwhile, the Houston Symphony continues to produce virtual performances on social media and has begun selling tickets for shows inside Jones Hall featuring live musicians but no audience.

“I think the positive thing if you can spin anything positive, (is) we came roaring back after Harvey," Knechtges said.

He hopes COVID-19’s resolution rivals that of any Broadway production.

We're told the popular ballet fundraiser Nutcracker Market will proceed in mid-November as planned but organizers said that could change based on the latest health conditions.

KHOU has just upgraded its technology.  If you were unable to receive KHOU with your antenna in the past, try again on channel 11.11.  You may have to rescan your channels for it to work – if that’s the case, we’ve got some instructions at KHOU.com/antenna.  If you already see KHOU on 11.1, you may now ALSO see it on 11.11 – it’s the exact same programming.  We’re really excited to be able to bring our KHOU 11 News, CBS shows and sports, Wheel of Fortune, Ellen and Great Day Houston to more homes around the area.  If you’re still having trouble, please contact us here and we’ll try to get you set up.