Inside the epicenter of San Antonio's coronavirus outbreak: The Southeast Nursing and Rehabilitation Center

An employee who worked at the facility fears for her friends and patients, saying they were not prepared. Over 100 have tested positive, and 18 residents have died. 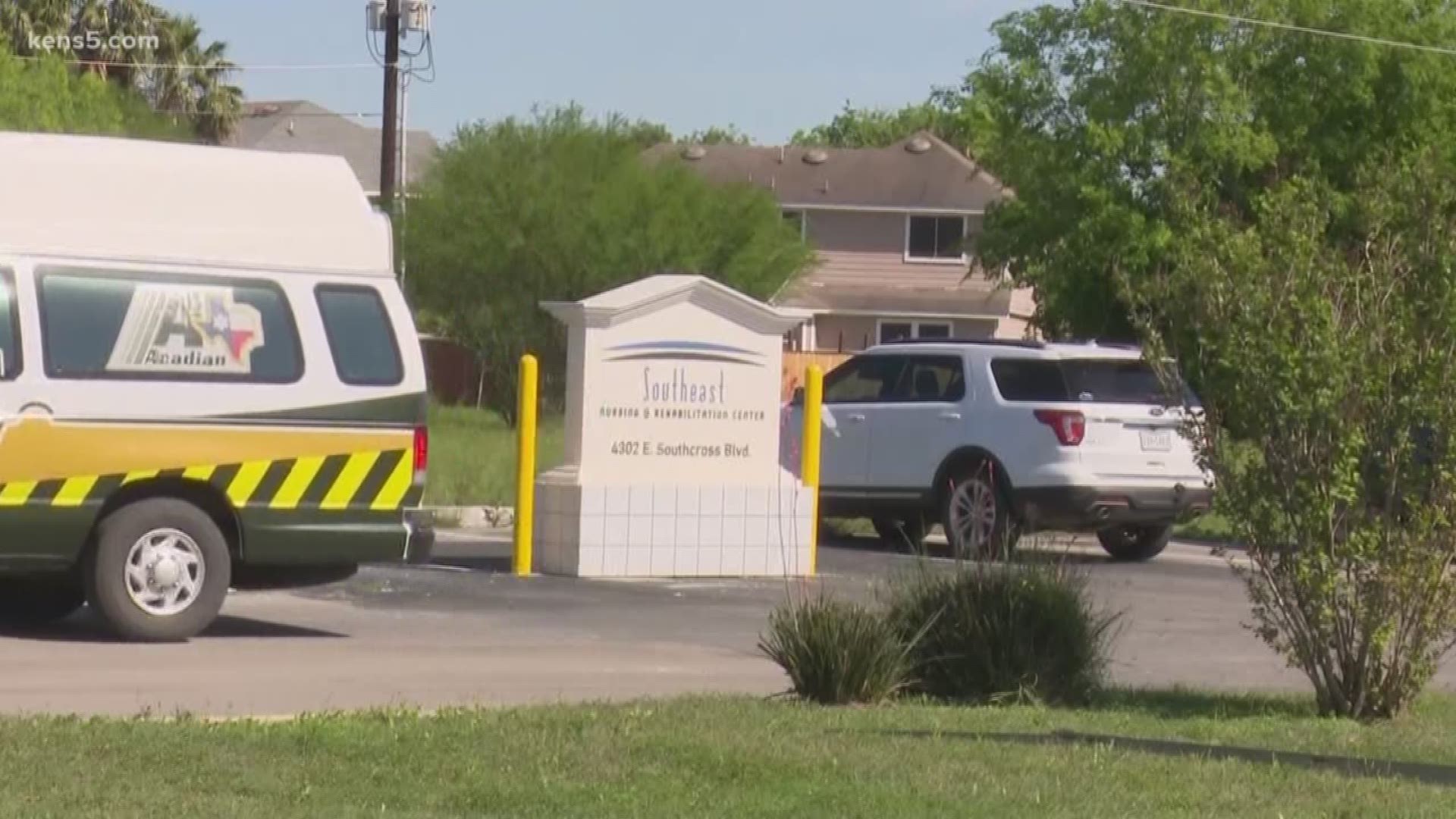 SAN ANTONIO — For the first time, a former employee of the Southeast Nursing and Rehabilitation Center is talking about working at the facility where 18 people have died from coronavirus.

The woman did not want to reveal her identity but said it was horrifying.

She said she was part of the staff at the facility. According to the city, 74 residents tested positive for the virus as well as 28 employees. After the outbreak, the facility released the following statement.

According to the nursing home, staff "implemented every single protection order and protocol issued by the Metropolitan Health District, the State of Texas, the Centers for Disease Control and the Centers for Medicare and Medicaid Services. That included the tough restrictions for family visits as well as visits by outside therapists.

“This is exhausting for residents, staff and families, Southeast Nursing Home said. "Please know we are doing everything possible to care for each person here and we will continue to provide the best protections available. We are hopeful this situation serves as a cautionary notice to all senior living and rehabilitation centers.

"COVID-19 is an evil and fast enemy. Be prepared.”

However, the employee claims she and her colleagues were lacking essential supplies, like masks and other protective gear.

"We were not prepared for it," she said.

The woman has been home in quarantine. For some of her friends, she is scared for their lives.

"Three of them are on ventilators," she said. "It is scary."

She said her co-workers aren't the only ones that keep her up at night, it is also those she deeply cared for every day.

"Just wondering if they are okay," she said. "Wondering who didn't make it."

The worker said she has been cleared to go back, but said she won't be returning.

The facility said they're doing everything possible to care for each resident and will continue to provide the best protection available. According to Mayor Ron Nirenberg, Metro Health is following-up on any complaint it receives about the facility.

Last week, a team of investigators from Metro Health and the state showed up at the facility to look into claims of inadequate service and minimal staffing. But, said they found no wrong-doing. Metro Health Director Dawn Emerick discussed the findings in a daily briefing.

"While that facility is not perfect, I don't know if any facility is," she said. "In terms of shortage-of-staff accusations, there was no shortage of staff."

The city said 15 staff members were present, while investigators also asked patients about being fed.

"They actually interviewed 100% of the patients that were there and asked them to recall their last meal, and they were able to do so," Emerick said.

RELATED: San Antonio restaurant owner leading the way to get Texas restaurants back open for business

RELATED: President Trump will sign executive order to temporarily suspend immigration into US