India's official count of coronavirus cases has doubled in three months, while deaths officially have passed 220,000 -- both believed to be undercounts. 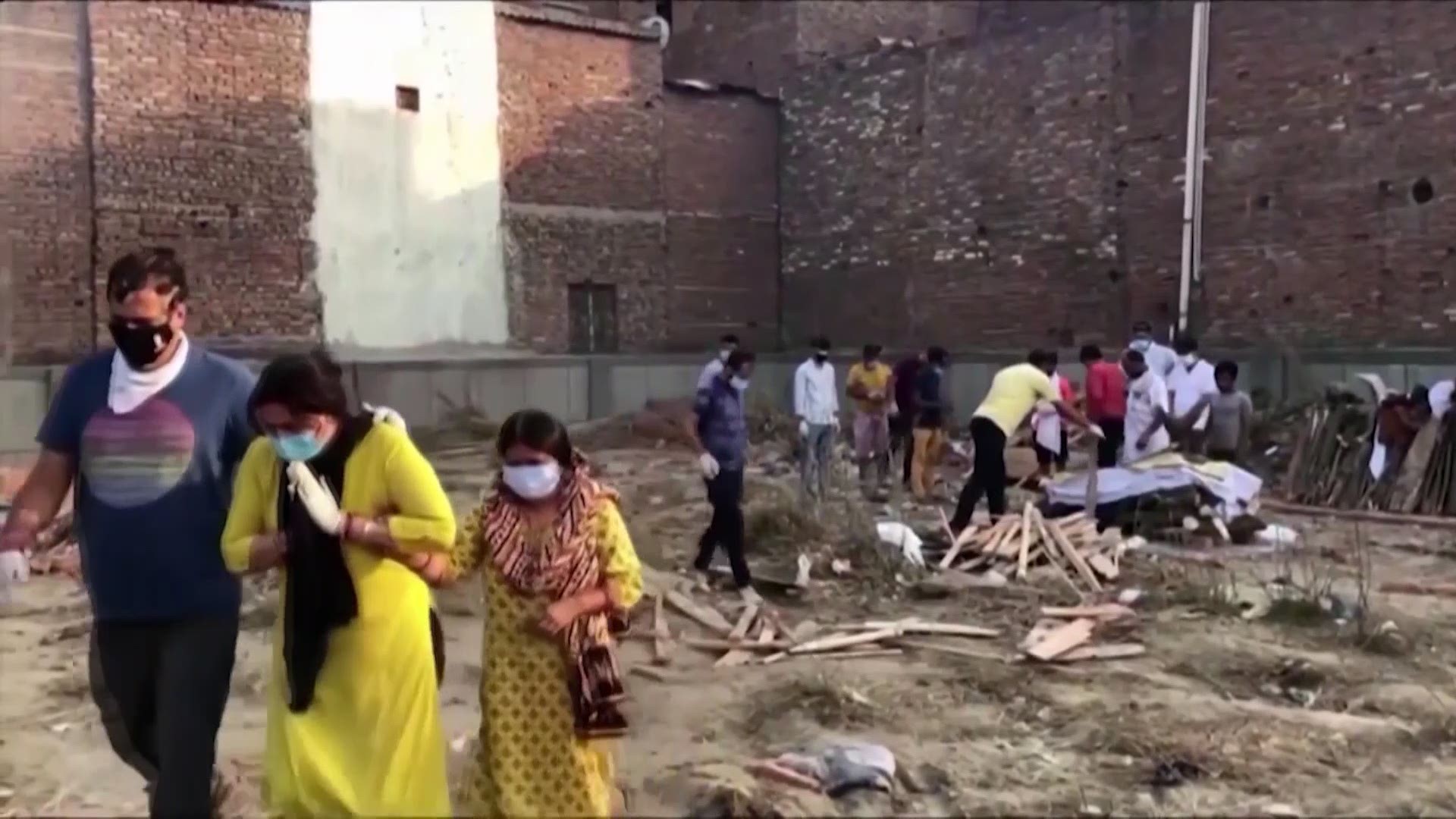 NEW DELHI, Delhi — COVID-19 infections and deaths are mounting with alarming speed in India with no end in sight to the crisis and a top expert warning that the coming weeks in the country of nearly 1.4 billion people will be “horrible.”

India's official count of coronavirus cases surpassed 20 million Tuesday, nearly doubling in the past three months, while deaths officially have passed 220,000. Staggering as those numbers are, the true figures are believed to be far higher, the undercount an apparent reflection of the troubles in the health care system.

The country has witnessed scenes of people dying outside overwhelmed hospitals and funeral pyres lighting up the night sky.

Infections have surged in India since February in a disastrous turn blamed on more contagious variants of the virus as well as government decisions to allow massive crowds to gather for Hindu religious festivals and political rallies before state elections.

India’s top health official, Rajesh Bhushan, refused to speculate last month as to why authorities weren’t better prepared. But the cost is clear: People are dying because of shortages of bottled oxygen and hospital beds or because they couldn’t get a COVID-19 test.

Dr. Ashish Jha, dean of Brown University’s School of Public Health in the U.S., said he is concerned that Indian policymakers he has been in contact with believe things will improve in the next few days.

“I’ve been ... trying to say to them, `If everything goes very well, things will be horrible for the next several weeks. And it may be much longer,‘” he said.

“That is what’s going to break the back of this surge,” he said.

The death and infection figures are considered unreliable because testing is patchy and reporting incomplete. For example, government guidelines ask Indian states to include suspected COVID-19 cases when recording deaths from the outbreak, but many do not do so.

Municipal records for this past Sunday show 1,680 dead in the Indian capital were treated according to the procedures for handing the bodies of those infected with COVID-19. But in the same 24-hour period, only 407 deaths were added to the official toll from New Delhi.

The New Delhi High Court announced it will start punishing government officials if supplies of oxygen allocated to hospitals are not delivered. “Enough is enough,” it said.

The deaths reflect the fragility of India’s health system. Prime Minister Narendra Modi’s party has countered criticism by pointing out that the underfunding of health care has been chronic.

But this was all the more reason for authorities to use the several months when cases in India declined to shore up the system, said Dr. Vineeta Bal of the Indian Institute of Science Education and Research.

“Only a patchwork improvement would’ve been possible,” she said. But the country “didn’t even do that.”

Now authorities are scrambling to make up for lost time. Beds are being added in hospitals, more tests are being done, oxygen is being sent from one corner of the country to another, and manufacturing of the few drugs effective against COVID-19 is being scaled up.

The challenges are steep in states where elections were held and unmasked crowds probably worsened the spread of the virus. The average number of daily infections in West Bengal state has increased by a multiple of 32 to over 17,000 since the balloting began.

Goon added that the state also needs to hasten immunizations. But the world’s largest maker of vaccines is short of shots — the result of lagging manufacturing and raw material shortages.

Experts are also worried the prices being charged for shots will make it harder for the poor to get vaccinated. On Monday, opposition parties urged the government make vaccinations free to all Indians.

India is vaccinating about 2.1 million people daily, or around 0.15% of its population.

“This is not going to end very soon,” said Dr. Ravi Gupta, a virus expert at the University of Cambridge in England. “And really ... the soul of the country is at risk in a way.”