Hundreds of people wait hours outside of Christus Santa Rosa to get coronavirus vaccine; hospital asking people not to show up

Christus Santa Rosa says people looking to get vaccinated should not show up to the hospital. They say next week they’ll began sign ups for appointments. 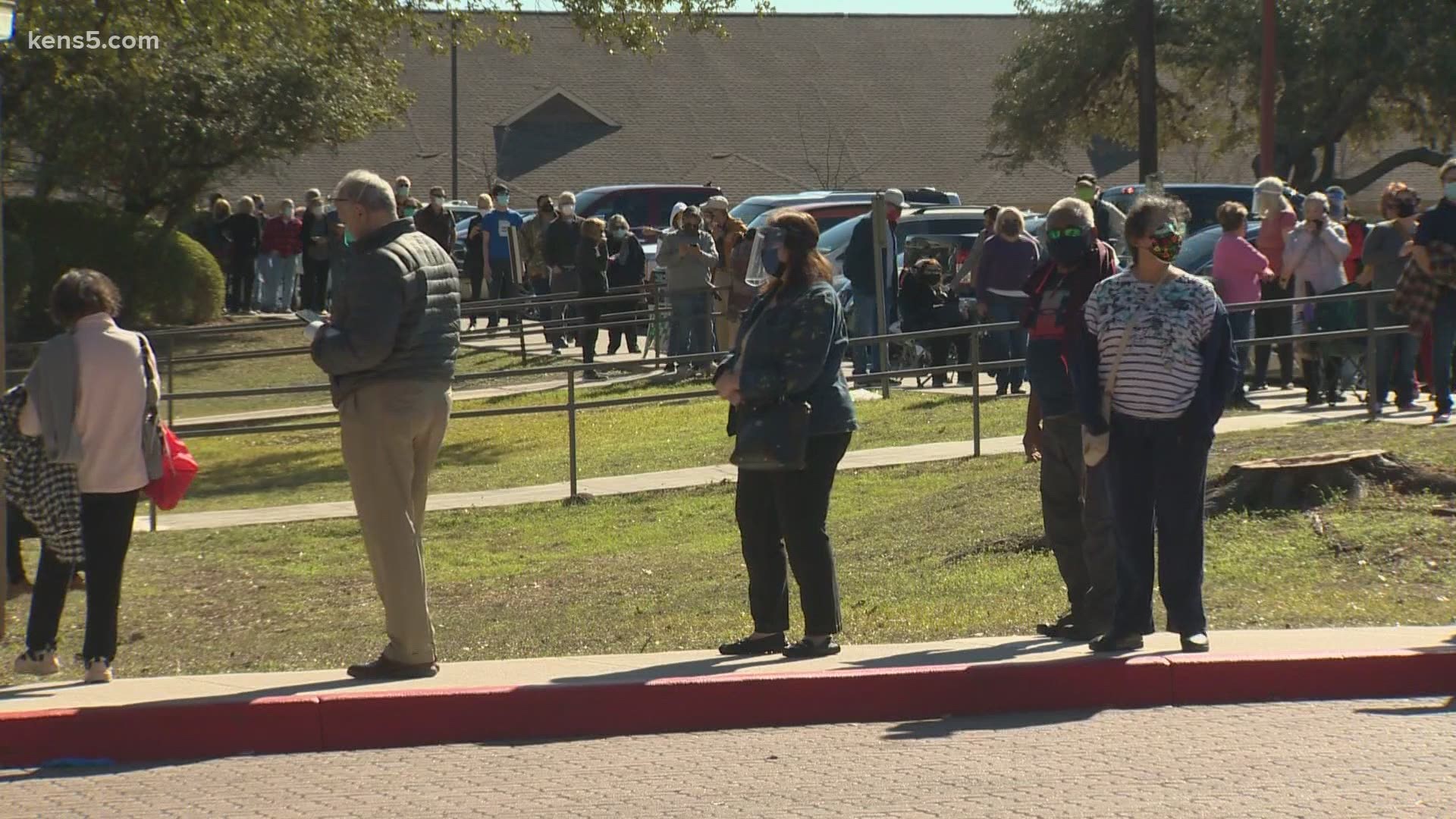 SAN ANTONIO — Word of mouth is what caused these incredibly long lines outside of Christus Santa Rosa. Lines that caught the attention of Blake Smithson who was out jogging.

“I saw the long lines and figured it was for the vaccine,” Smithson said.

The line was filled with hundreds of people waiting to get the coronavirus vaccine.

By the time KENS 5 talked to Larry Kovach, he says he and his wife had already been waiting for more than 4 hours

“That’s a long time to be on your feet, especially when everybody here is supposed to be over 65,” Kovach said.

Most of the people who showed up Saturday were a part of the phase 1B group of the state’s vaccine distribution plan. That group is people 65 and older or 16 and older with certain medical conditions.

The state says people in phase 1B are eligible to receive the vaccine where doses are available, but in a statement Christus Santa Rosa tells KENS 5 they are still vaccinating people in phase 1A. Which includes healthcare workers and residents of long term care facilities. As people continued showing up, hospital officials say they went ahead and vaccinated some of the people waiting.

Christus Santa Rosa says people looking to get vaccinated should not show up to the hospital. They say next week they’ll began sign ups for appointments at off campus clinics, to avoid long lines.

“My back is killing me, but now I’m not leaving. If I have to be here another hour I’ll do it,” Kovach said.