Thousands of ventilators are coming to Texas. Here's how these medical devices save lives.

Governor Greg Abbott announced last week that thousands of ventilators were on their way to Texas. 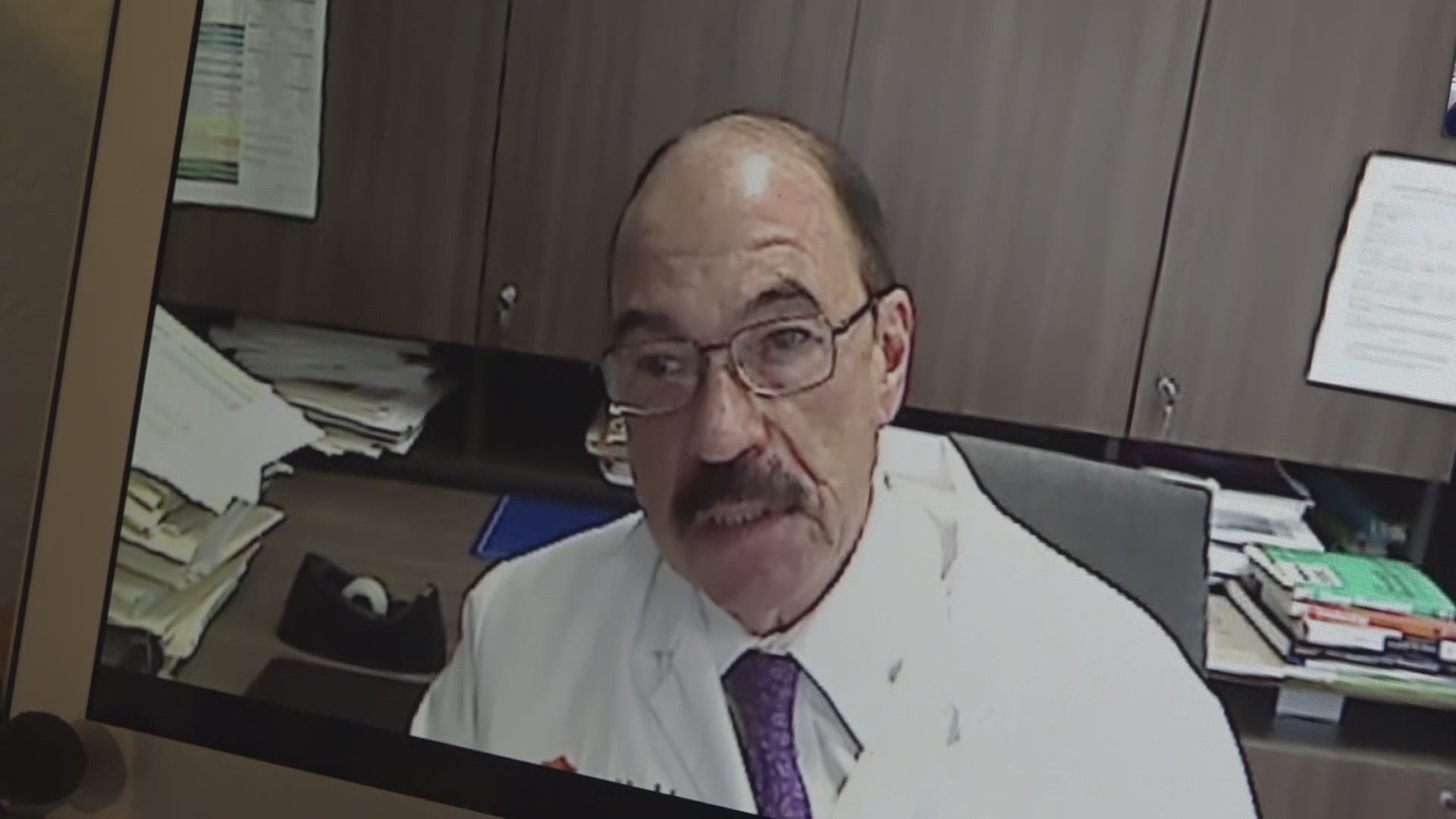 SAN ANTONIO — Texas Governor Greg Abbott announced last week that thousands of ventilators were on their way to the state.

Dr. David Shelledy is a respiratory therapist who is a Professor and the Dean of UT Health San Antonio School of Health Professions.

His career in the medical industry spans nearly 40 years, and he wrote a book on ventilators last year for medical students, Mechanical Ventilation.

Shelledy said more patients are on mechanical ventilators because of Acute Respiratory Distress Syndrome or ARDS than because of the Coronavirus.

“ARDS is a tough disease, I mean the mortality rate, even if you do everything right is kind of high,” said Shelledy. “ARDS is most complex disease states or conditions that the critical care team has to deal with.”

ARDS and pneumonia are similar in that they have a dire effect on the lungs.

“The air sacs begin to fill up with fluid and with the fluid in there, you can't get any air in there and you can't oxygenate the patient and the lungs start to get stiff,” said Shelledy. “When the lungs start to get stiff, it's very hard to breathe…. And, these patients start complaining about difficulty breathing. They can hardly get their breath.”

Shelledy said most critical coronavirus patients end up on a mechanical ventilator.

“5 percent of everybody who gets infected winds up intubated in the intensive care unit on a ventilator, and if they don't, they're not likely to survive at all,” he said.

Shelledy said ventilators are inserted through a tube that is inserted into the patient’s throat.

A recent opinion article in the New York Times discusses some of the negative long-term side effects of using a ventilator, citing effects on the heart and kidneys.

Shelledy said if a ventilator is not used properly, there’s a possibility that damage may occur.

“It's very complicated if you don't set it up properly. You can do more harm than good. And, you have to constantly adjust the ventilator based on how the patient responds,” said Shelledy. “It's kind of a negative spiral of things between the disease and then the bad effects of the ventilator if the ventilator is misapplied.”

Shelledy said Respiratory Therapists receive extensive training on operating and monitoring the ventilators, but the device itself is not what people should fear.

“So just a ventilator in and of itself, properly managed, is not something to be teribly afraid of. It's the A.R.D.S. part. That's a big deal, and those patients are very sick,” said Shelledy. “So yes, winding up on a ventilator with COVID19 is a scary thing. But it's not so much the ventilator, it's the COVID19 and its effects on the lungs.”

“Ventilators are life-saving,” he added.