COVID-19-caused joblessness is soaring. San Antonio's largest homeless advocate is preparing to deal with a new population of homelessness created by the virus. 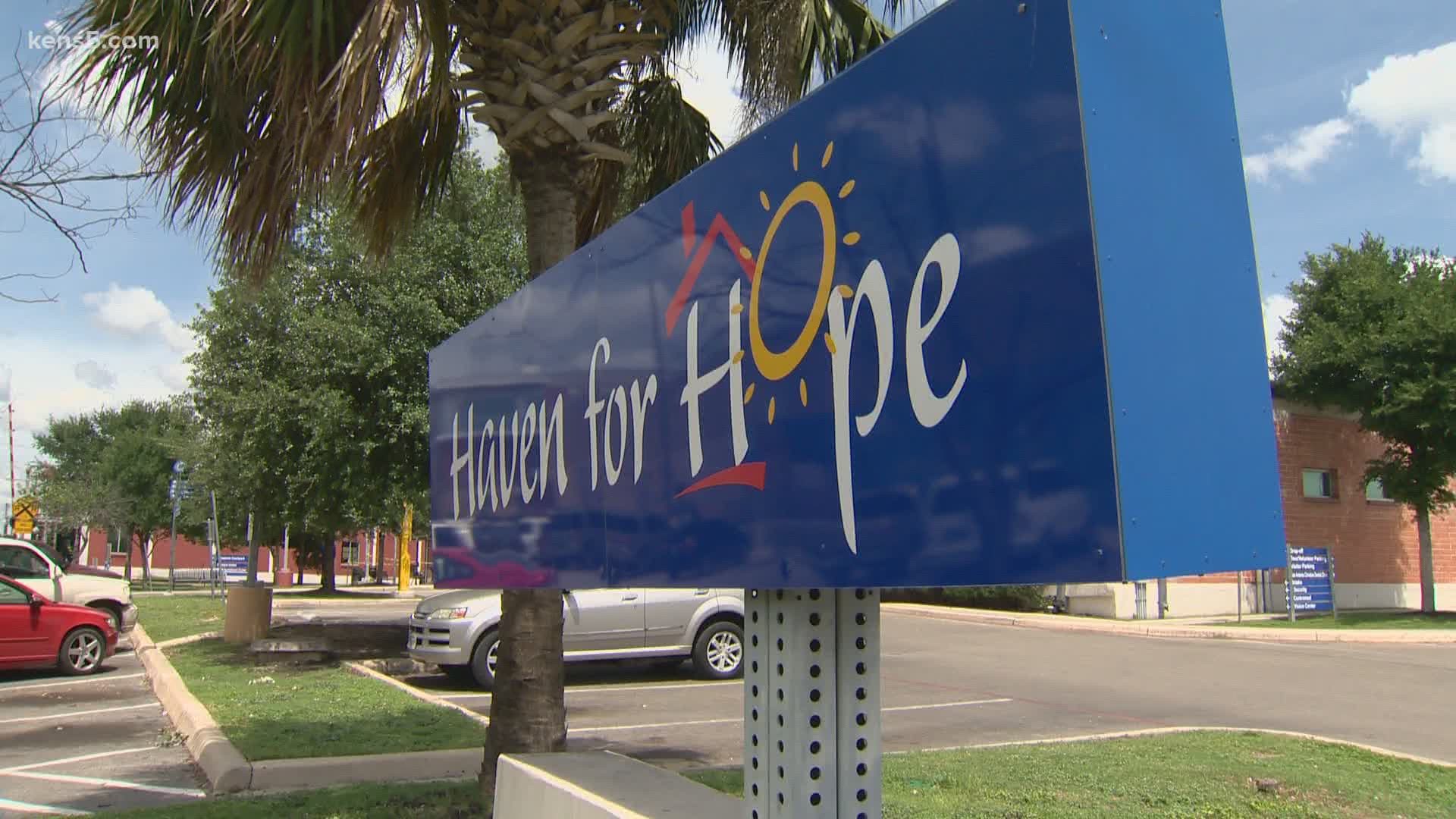 SAN ANTONIO — The leadership meetings at Haven for Hope in San Antonio are supposed to be about those who lack shelter and moving them into strategies to rehouse. That's the goal on any given day.

Now, the city's largest homeless care site is trying to plan for a population produced from the Coronavirus.

"We are expecting and planning for a surge in those families and individuals that are new to homelessness," Kenneth Wilson said.

Wilson is the president and CEO of Haven for Hope. He said his team is trying to figure out how to make this work for people who a newly home insecure.

"We already have seen some families here," He said. "This is a parent or parents with children."

The drift into homelessness varies. In this case, Wilson said it's unemployment. Joblessness caused by a global pandemic that shut the economy down.

"Their job was lost due to the shutdown of where ever it was they were working," He said. "No backstop, no safety net, no friends, family."

According to Wilson, the homeless care site had 1700 occupants, including 300 children, when the uptick of the virus started in March. He said none among his staff or clients have tested positive for COVID-19.

Per the Centers for Disease Control and Prevention guidelines, they leave the chronically homeless in place. Wilson said his staff hits bridges and homeless camp to issues masks, food and put an eye on those who may require help.

To achieve social distance guidelines for those who opted to come inside, they were able to secure hotel space not far from San Antonio Public Safety Headquarters.

But these are not the new faces who, due to joblessness, may lose their living space. Wilson said they plan. But they don't know how many.

"It's hard to predict. We have a limit to the number of people we can take from a practicality standpoint," He said.

The National Alliance to End Homelessness said post-pandemic an increase in homelessness would stress an already strained system.

A study released with the University of Pennsylvania, UCLA, and Boston University shows the homeless are twice as likely to be hospitalized during this pandemic. Their rate of required critical care is two to four times greater, as is their likelihood of death due to the virus.

Addressing the issue is estimated at $11.5 billion.

Fitting the fallout from a pandemic into a burdened system may become challenging.

"So this is kind of new line of business for us," Wilson said. "Those that have kind of suddenly felt the negative effects of this pandemic."

A stop-gap measure from the city of San Antonio and Bexar County fended off evictions. More importantly, millions in survival relief was made available.

San Antonio's COVID-19 assistance is $25 million to pay for rent, mortgages, the internet, utilities, and medicine. Bexar County made $2.6 million available to assist citizens with housing.

"This sneaked up on all of us," Wilson said.

He believes based on historic unemployment numbers in Texas--2.2 million filers statewide that San Antonio will see new faces to a population already in need of rescue.