One of the city's more unique COVID-19 vaccine sites will continue operating at least for the month of August, according to airport officials. 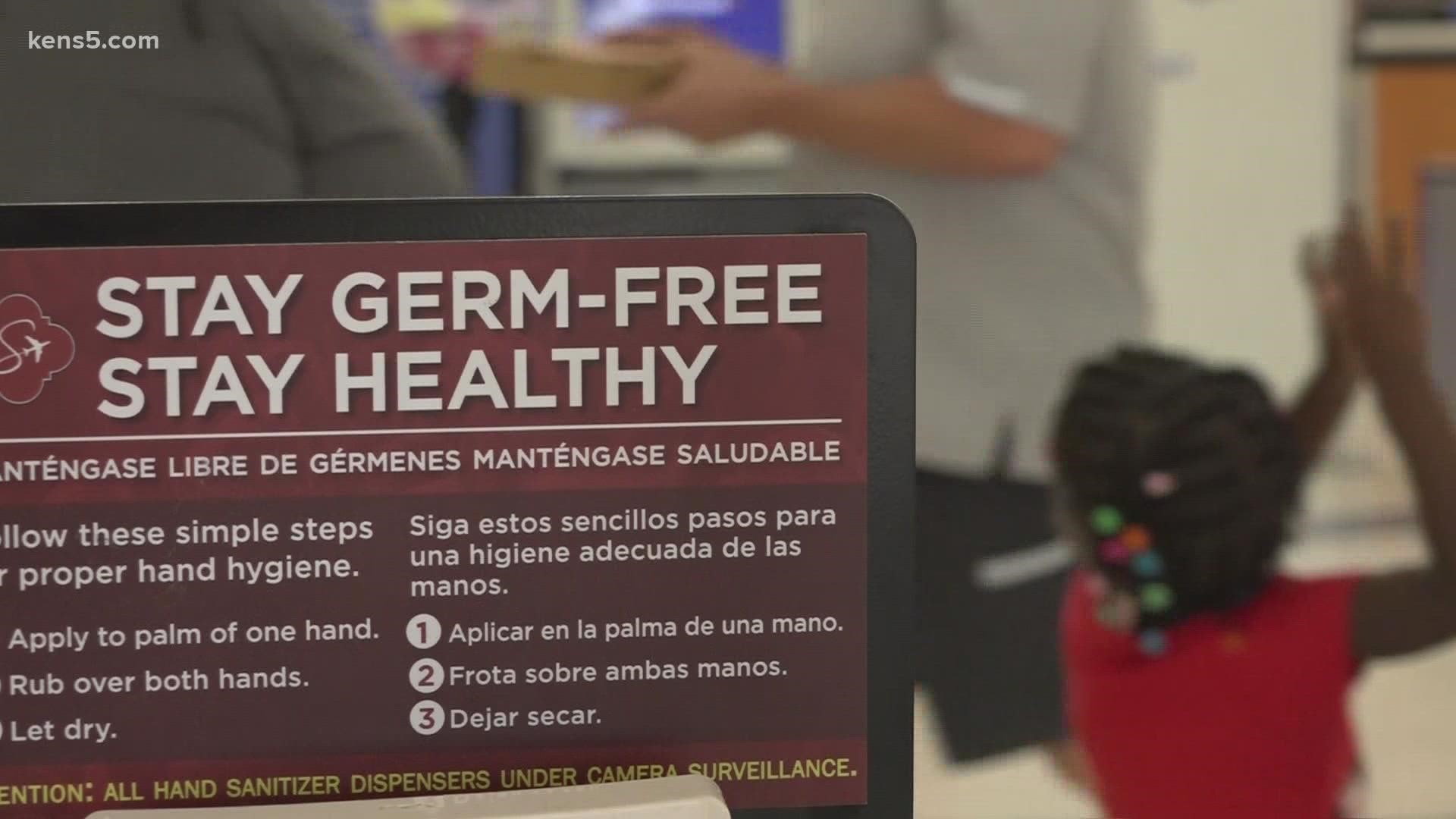 Update: The San Antonio International Airport is hosting a new COVID-19 vaccine clinic for the rest of the month.

Local health officials say they are scaling back one of their more unique COVID-19 vaccine sites.

A clinic at San Antonio International Airport will become a pop-up vaccine spot after shots were given there for a month.

According to Metro Health, the vendor will be ceasing its activities here.

The vendor says demand for vaccines here was low, despite thousands of shots being given in just one month.

A vaccine before a vacation or other flight was part of the goal when Metro Health opened its vaccine clinic here at the San Antonio International Airport in July.

More than 4,600 vaccinations were given according to Metro Health.

“I think it’s very convenient for those who haven’t gotten their vaccinations,” Ann Ogle from Kerrville said.

From June 29 to July 30, the site offered the Johnson & Johnson and Pfizer vaccines to people.

Ogle feels health officials are trying to increase vaccine access, but the site vendor is backing out.

Curative tells KENS 5 in a statement, “we did not see enough throughout overall to cover expenses at the vaccination site.”

Curative says in addition, the decrease in demand for vaccinations ultimately caused Curative to shut down its vaccine program across the state.

Ogle, who got her shot in February-- thinks there is still some vaccine hesitancy.

“There’s always going to be people that refuse to get the vaccine,” Ogle said.

Metro Health says it wants to concentrate its efforts on areas in San Antonio with higher numbers of unvaccinated residents.

Their team will conduct a pop-up clinic at the airport at the end of the month.

MORE: COVID-19 Vaccine Tracker: Where you can get a vaccine in the San Antonio area