UT confirmed 62 students who went on that trip have tested positive for COVID-19. 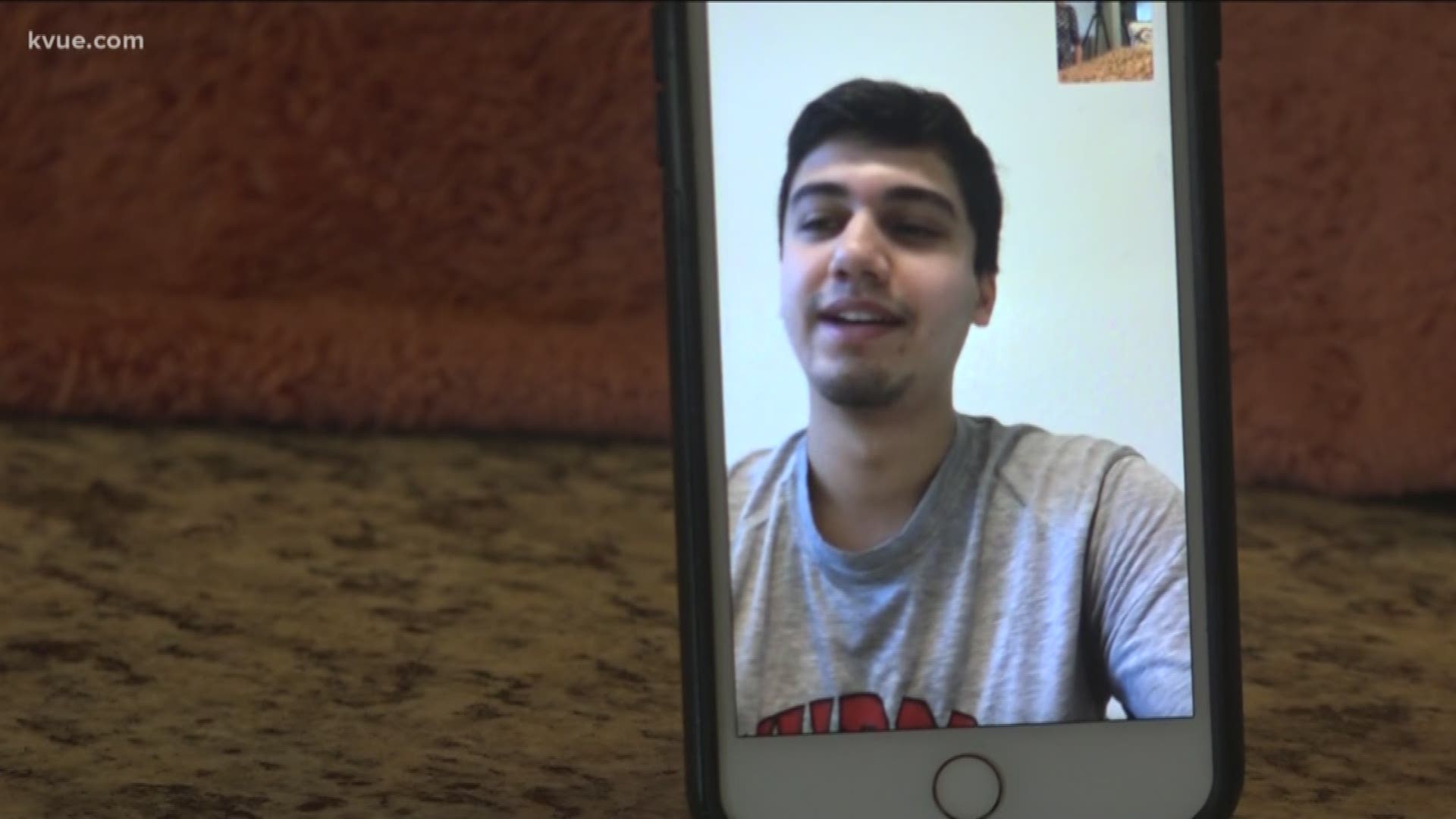 Austin health officials said about 70 people in their 20s went to Mexico on a chartered plane for their spring break trip about a week-and-a-half ago. Part of the group returned on separate commercial flights. On Friday, UT Austin told KVUE 211 students traveled to Mexico for spring break, with 178 of them part of a JusCollege trip.

More students are under public health investigation, Austin Public Health said Tuesday. Four of the confirmed cases did not present any symptoms. The first 28 people diagnosed with the virus were self-isolating and being monitored on Tuesday.

In an email sent to travelers before the trip, JusCollege said Mexico had far fewer cases of COVID-19 than the U.S.

"We believe that our travel destinations remain among the safest and most enjoyable places in the world to visit right now," the email from JusCollege said.

In another email just before the scheduled trip, JusCollege told travelers its refund policy would not change "as we have already incurred significant costs related to the trip."

RELATED: Nearly half of Austin-area coronavirus cases are under the age of 40. An infectious disease doctor explains why

"We hope that you choose to enjoy your Spring Break with us - we're currently in our second week of Cabo and have had almost 5,000 travelers, all with no issues," JusCollege said.

Then, in an email four days after students returned, JusCollege alerted travelers to a student experiencing COVID-19 symptoms who tested positive and urged them to self-quarantine. In the email, JusCollege said it was in communication with university officials and medical staff.

The University of Texas confirmed to KVUE that "many" of the young adults who went on this trip are students at UT, and those who tested positive were confirmed. The university released the following statement:

"Many of those involved were UT Austin students. The university is working closely with Austin Public Health to assist in contact tracing. The incident is a reminder of the vital importance of taking seriously the warnings of public health authorities on the risks of becoming infected with COVID-19 and spreading it to others. UT Health Austin is a group practice designed and managed by the faculty and staff of the Dell Medical School. It serves an array of clients. University Health Services provides medical care and patient education to students at The University of Texas at Austin, and it is part of the university’s Division of Student Affairs. Both organizations are working closely with Austin Public Health.”

According to an official with Austin-Bergstrom International Airport, the spring breakers took a charter flight from the airport on March 14. The majority of them reportedly returned on a charter flight on March 19. Although they were chartered flights, the travelers did go through the terminals at the Austin airport when they departed and returned to Austin.

"While Mexico at the time of their travel was not under a federal travel advisory, Austin-Travis County residents should follow CDC’s travel recommendations indicating travelers avoid all non-essential international travel," APH said. "A leisure vacation of any kind is not considered essential."

Figures show nearly half of those who have tested positive for COVID-19 in the Austin area are between the ages of 20 and 40.

“The virus often hides in the healthy and is given to those who are at grave risk of being hospitalized or dying," said Austin-Travis County Interim Health Authority Dr. Mark Escott. “While younger people have less risk for complications, they are not immune from severe illness and death from COVID-19.”

The Department of State Health Services has been notified about this case.