The state's COVID-19 response was at the top of the agenda for the meeting between Gov. Polis and President Trump. 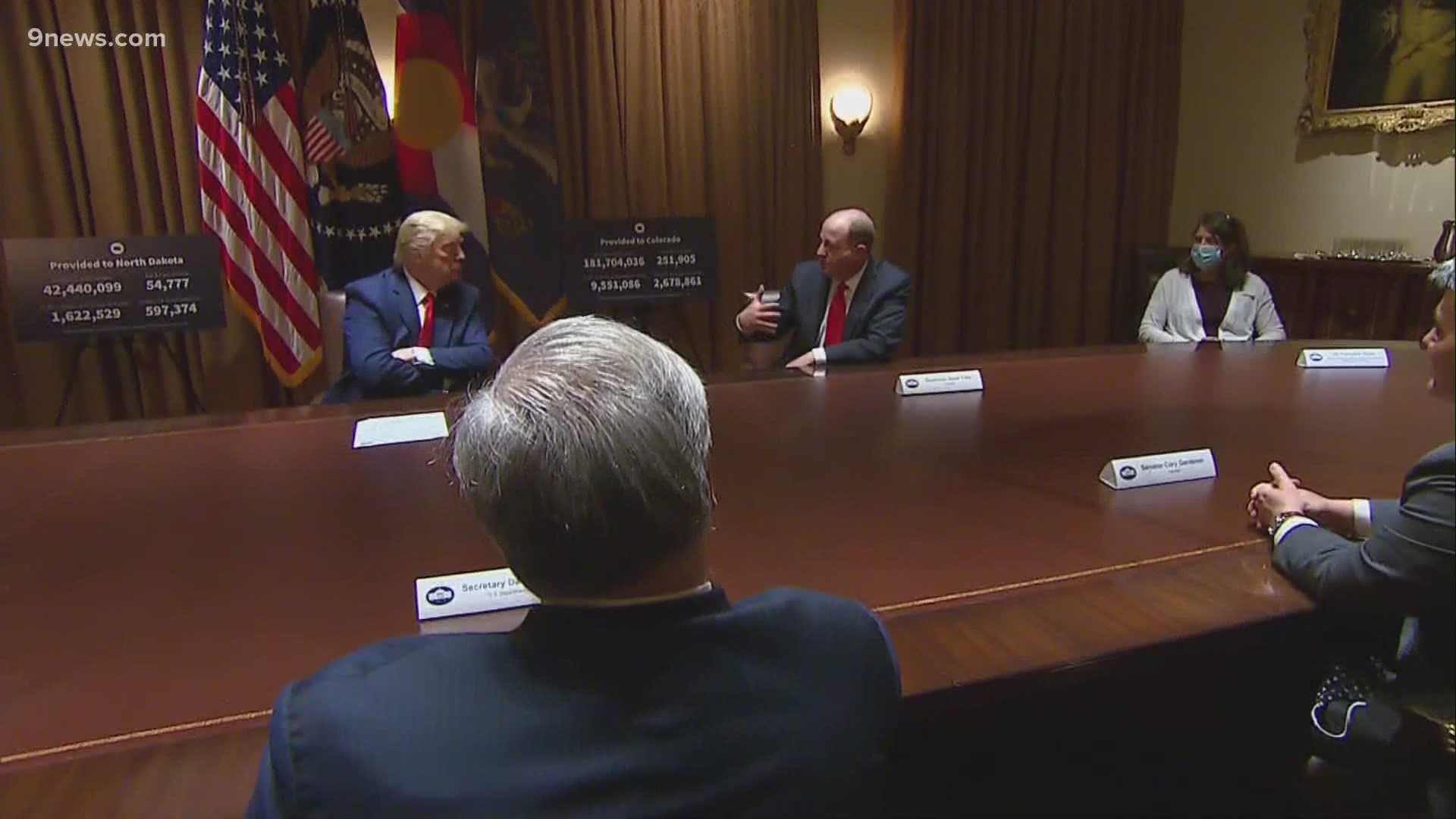 During the meeting, Polis said Colorado is working to reopen in a safe way. He said residents are being responsible and that it’s that individual responsibility that will make this work.

"We hope to have restaurants open by the end of May," he told Trump.

When Trump asked about Colorado's ski areas, Polis said that's a big reason why we had an outbreak in the state, specifically in mountain towns. He added that he's hopeful people can get some late-season skiing in, telling Trump there are some areas in Colorado where people can ski through the July 4th holiday.

"We’re respecting the mountain communities in our state," he said about allowing visitors access to those areas. "They have [the] most at stake economically and health-wise."

Polis also spoke about re-opening restaurants in Colorado. He told Trump that restaurants in Grand Junction are allowing dine-in at 25% capacity. Polis said he's looking into ways to allow people to dine outdoors, possibly on sidewalks.

Restaurants were open the whole time for takeout, Polis said, telling Trump laws were waved so the businesses could sell alcohol to-go.

For many, they’ve been able to pay their bills, Polis said — not every restaurant, but many were at least able to survive.

Polis also told Trump that Colorado imported tests from South Korea. He said the state is quickly running through those tests and supplies are important right now.

Earlier Wednesday, Polis shared a photo of himself on a plane on his Facebook page saying he was headed to Washington.

"I’ll be updating him [the president] about the situation in Colorado and cementing a stronger partnership with our federal government on supplies and testing," said Polis in the social media post. 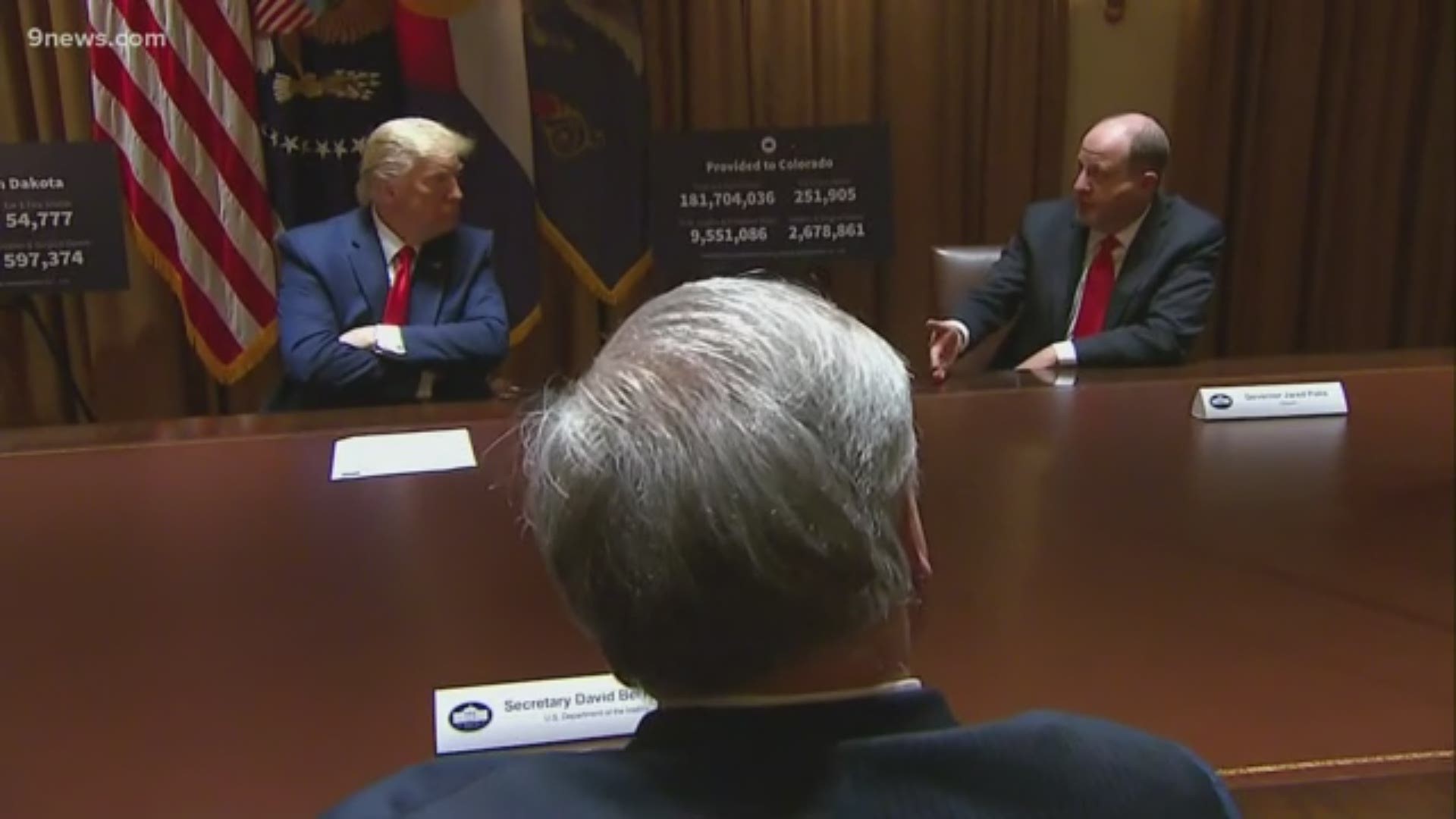 Following the meeting with Trump, Polis spoke from Washington D.C. with media in Colorado.

He said flying Wednesday was much different, calling it tense. He said his family was concerned about the travel, but he couldn't turn down an invitation to the White House.

He said he wanted to make sure Trump really knows what's going on outside of the White House, "anxiety on the ground and businesses trying to keep open."

Polis explained that he and others were tested for COVID-19 prior to the meeting and that's why no one was wearing a mask.

"We value our partnership with the federal government," Polis said, adding that many people know he and Trump have had their differences. But he said now is not the time for that. Instead, he said, everyone needs to be working together to combat the illness.

Trump, during the meeting, said despite Polis being a democrat, they've been working together "really well."

In the meeting, which also included North Dakota's governor and a few others, Trump dismissed mail-in voting saying it's "subject to tremendous corruption" and cheating.

Polis later told Colorado media that he wasn't there to correct Trump's inaccuracies about mail-in voting – something Colorado has been doing years, which Polis called safe, popular and convenient.

RELATED: How 'contact tracers' help manage the spread of COVID-19

Polis told Colorado media that he and Trump briefly discussed Space Force and Colorado's bid to permanently house the branch of the military.

Polis' meeting with the president is just about two weeks after the state transitioned to the less restrictive safer-at-home public health order. On Monday, Polis said the state should have data related to the new order on or around May 25. He said that data would allow officials to begin conversations about how restaurants can open for indoor seating. 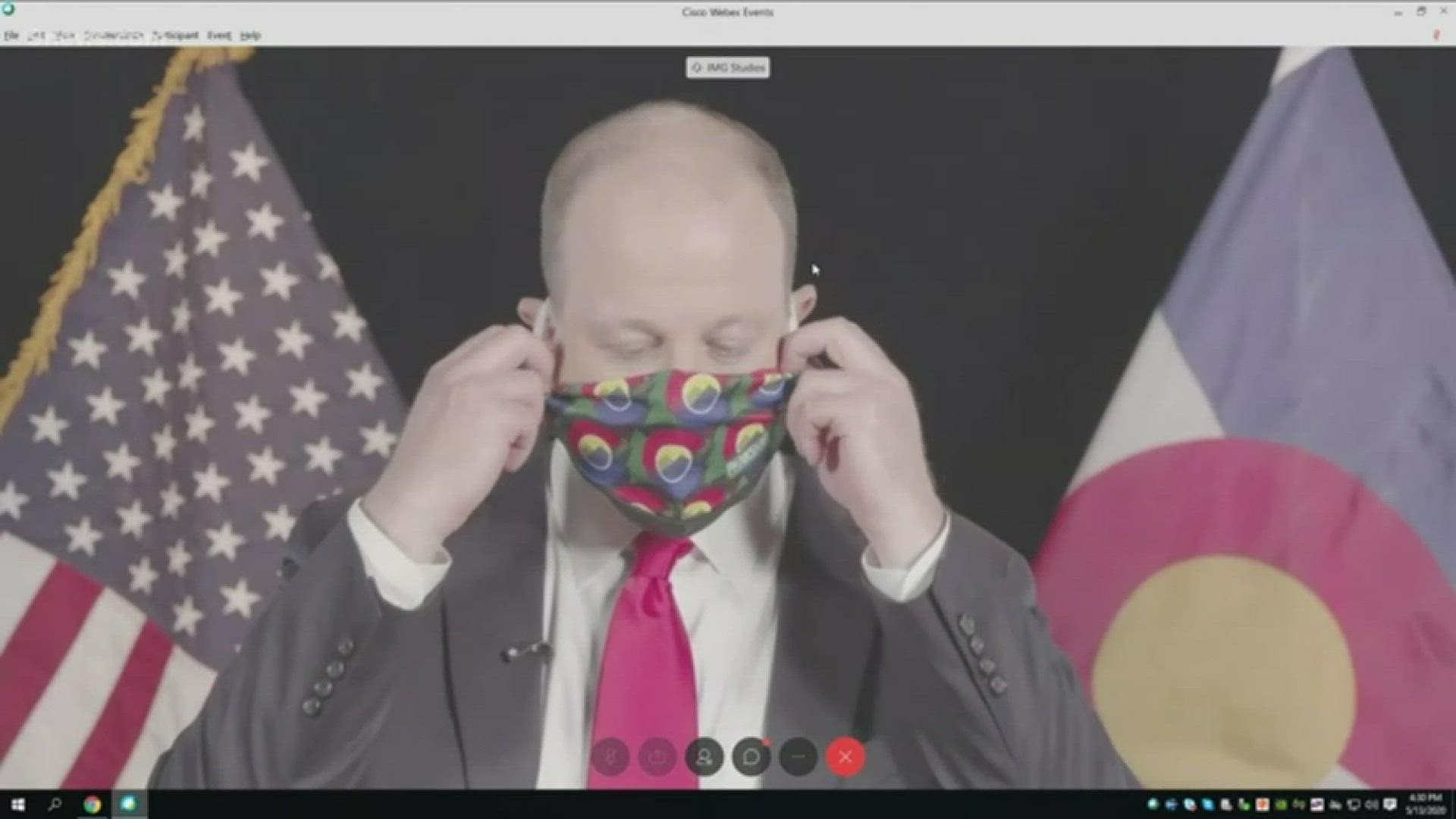 At the end of May, Polis said the decision will be made on summer camps. Polis said these timelines all depend on how well Coloradans are taking precautions including staying home, wearing masks and limiting social interaction.

Many metro-area communities, including the city of Denver, moved to the safer-at-home order on May 9.