Dallas ISD announced Monday it will require masking while Houston ISD will vote on a mandate this week. A nonprofit group has also sued to block Abbott's order. 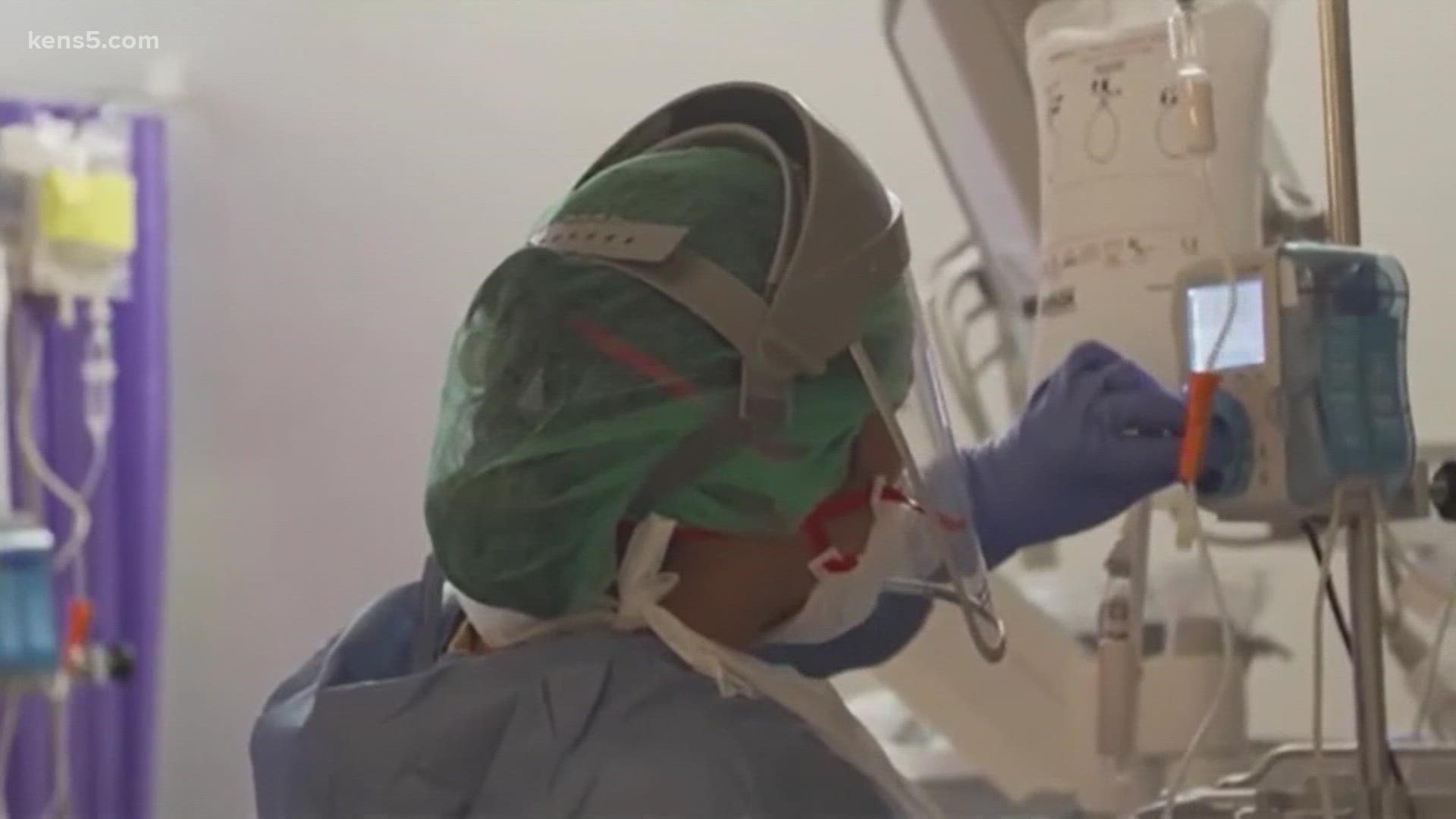 TEXAS, USA — This story was pulled from the Texas Tribune.

Resistance is growing to Gov. Greg Abbott's May executive order that Texas schools can't require masks, with an advocacy group suing to block the order and two of the state's biggest districts indicating that they want to mandate masks anyway.

Dallas ISD officials announced Monday morning that they will require students and teachers to wear masks on campus. Houston ISD’s superintendent, Millard House II, has said he wants to issue a mandate, too, and school board meeting for Texas' biggest district to discuss the idea is scheduled for this week.

Meanwhile, the Southern Center for Child Advocacy, a nonprofit education group, filed a lawsuit Sunday night in Travis County against Abbott and his executive order prohibiting school districts, governmental bodies or any public or private entity that is receiving or will receive public funds from requiring masks.

In the absence of a statewide mask mandate, the group seeks to give the power to enforce mask wearing back to local school districts, said Hank Bostwick, volunteer center coordinator and lawyer.

Abbott’s order, issued in the spring when coronavirus cases were on the decline, limits school officials’ ability to respond to the pandemic, which at the moment is in the middle of what some health experts are calling a third wave. With the delta variant being more infectious, cases are on the rise and more children are being sent to hospitals.

New confirmed cases of coronavirus in Texas each day

As of Aug. 8, there are 2.7 million confirmed cases in 254 counties. The average number of cases reported over the past seven days shows how the situation has changed over time by de-emphasizing daily swings. The number of new cases reported drops on weekends, when labs are less likely to report new data to the state.

Abbott stated earlier this month that he was past the point of issuing government mandates to slow the spread of COVID-19, even as the delta variant has cases and hospitalizations up across the nation. Instead, he said it is time for personal responsibility, which he emphasized when he took away the statewide mask mandate earlier this year.

“Going forward, in Texas, there will not be any government-imposed shutdowns or mask mandates,” he said. “Everyone already knows what to do.”

The lawsuit claims that Abbott is overeaching his authority and that his emergency powers should be used to take proactive steps and “not to advance an anti-mask political agenda that has no discernible basis in the data regarding the COVID-19 contagion rate.”

“This is purely political gamesmanship, and has nothing to do with the health and safety of Texas children or their teachers,” Bostwick said.

The lawsuit highlights that people of color are still lagging behind in vaccination rates and getting these families back in schools without proper protection makes them vulnerable to an increased rate of infection.

“The threat to the health and safety of Texas public school students and teachers is imminent and real,” the lawsuit states.

The group also claims that the governor is in violation of Texas education code because children with disabilities “are entitled to learn and interact with their non-disabled or typical peers in a safe and healthy educational environment.” The order not allowing masks means some of these students may be unable to attend school in-person if masking is not required, the lawsuit claims.

But as the school year begins, some schools are openly defying the governor’s order.

“Governor Abbott’s order does not limit the district’s rights as an employer and educational institution to establish reasonable and necessary safety rules for its staff and students,” Dallas ISD said in a statement. “Dallas ISD remains committed to the safety of our students and staff."

A spokesperson for the governor did not immediately respond to a request for comment.

House, the Houston superintendent, said last week that he expects pushback on his attempt to impose a mask mandate, but that “if we have an opportunity to save one life, it’s what we should be doing.”

Under Abbott’s order, entities that defy the governor are subject to a $1,000 fine, but it is unclear how this would apply to school districts.

Concern over COVID-19 has flared over the past months as the delta variant has taken hold and last Thursday, the Texas Education Agency announced guidance that drew pushback from many parents and advocacy groups.

The TEA said Texas school districts will not be required to conduct contact tracing this year if a student contracts COVID-19. But the agency did allow for remote learning for up to 20 days for students who are sick with COVID-19 or have been exposed to it. If more time is needed, schools can apply for waivers.

Longer-term remote learning has largely been defunded after it was offered at the start of the pandemic, and efforts to allocate funding for it have so far failed in the Legislature this year.