Texas barber shops, nail salons will be next businesses allowed to open on Friday 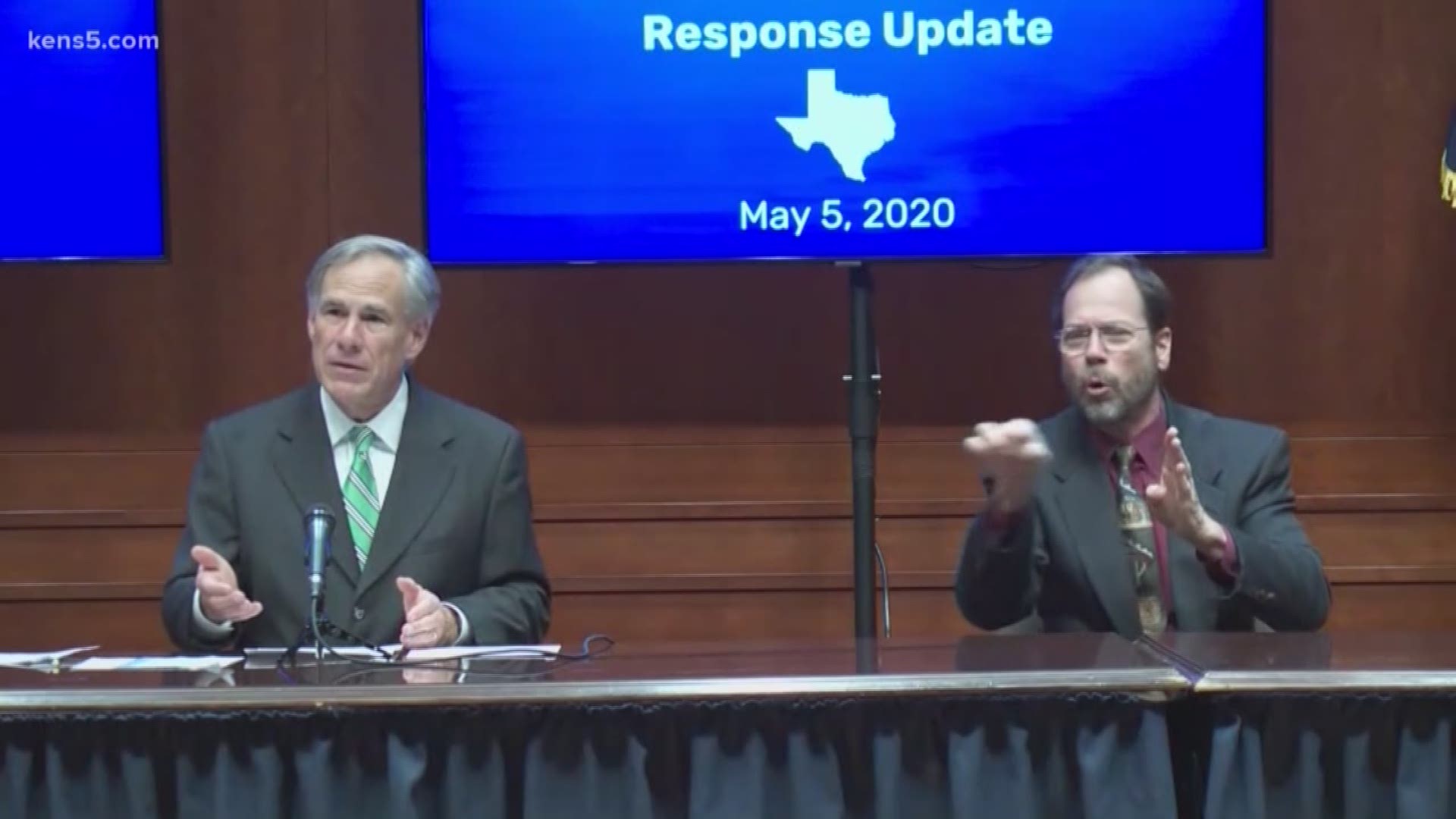 AUSTIN, Texas — Although many graduation plans are being worked on to be virtual, state officials announced graduation ceremonies are going to be allowed in the form of a "hybrid ceremony."

Governor Greg Abbott also announced he is allowing salons to reopen on May 8. Only one customer per stylist will be allowed. People waiting will have to maintain a distance of six feet from others. He also said stylists should be wearing a mask at all times.

As for gyms, Abbott said they may reopen on May 18, but showers and locker rooms must remain closed. All equipment must be sanitized in between uses.

Many of our KENS 5 viewers have asked us if tattoo parlors are allowed to open. Although Gov. Abbott did not mention this in his press conference, his website says, "People shall avoid visiting bars, massage establishments, tattoo studios, piercing studios, sexually-oriented businesses, or interactive amusement venues such as bowling alleys, video arcades, amusement parks, water parks or splash pads" until further notice.

Counties with less than a certain number of confirmed COVID 19 cases can open more businesses— so it’s not a one size fits all order.

"This executive order does not prohibit people from accessing essential or reopened services or engaging in essential daily activities, such as going to the grocery store or gas station; providing or obtaining other essential or reopened services; visiting swimming pools, parks, beaches, rivers, or lakes; hunting or fishing; or engaging in physical activity like jogging, bicycling, or other outdoor sports, so long as the necessary precautions are maintained to reduce the transmission of COVID-19 and to minimize in-person contact with people who are not in the same household."

He added that other non-essential businesses will be allowed to reopen on May 18 as well, but that it will take time and they will have to operate at a 25% capacity with a "staggered workforce" so not all employees will be back right away.

Gov. Abbott says he needs to hear from bars on how they can open safely before he can allow that to happen.

Businesses within office buildings will also be allowed to reopen on May 18. The maximum limit is no more than 5 employees or 25% of the staff, while still maintaining social distancing.

"Surge response teams" comprised of Texas health specialists from various agencies will search areas where coronavirus may flare up. He gave an example of meat packing plants in the panhandle.

At the news conference, a new website was announced to allow Texans to find a testing center near them.

As per Gov. Abbott's orders, many businesses throughout the state were allowed to reopen at a limited capacity beginning last Friday, May 1.

Abbot said the number of tests administered continues to ramp up, with numbers doubling since he made the announcement to reopen the state.

He called it, "a good progression, but as a number standing alone - it's only relative to context."

Abbott said one thing he looks at is the percentage rate each day of positive tests.

He said if the positivity rate is higher than 10%, that's a red flag. But he went on to say that usually 95% of those who have taken a test in Texas are negative.

"Texas is fully capable of being able to manage the healthcare needs," he said.

He said social distancing has been working and has been slowing the spread of coronavirus.

"We've shown that businesses can operate while slowing the spread," Abbott said.

Abbott said funerals, burials, memorials and weddings can be held with social distancing practices being used. He said the same standards should be used that restaurants are using.