Gov. Abbott did not consult with 3 of 4 health advisors ahead of mask mandate decision

Dr. John Hellerstedt told lawmakers he did not have a conversation with Abbott directly before the announcement, though he did speak with the governor’s team. 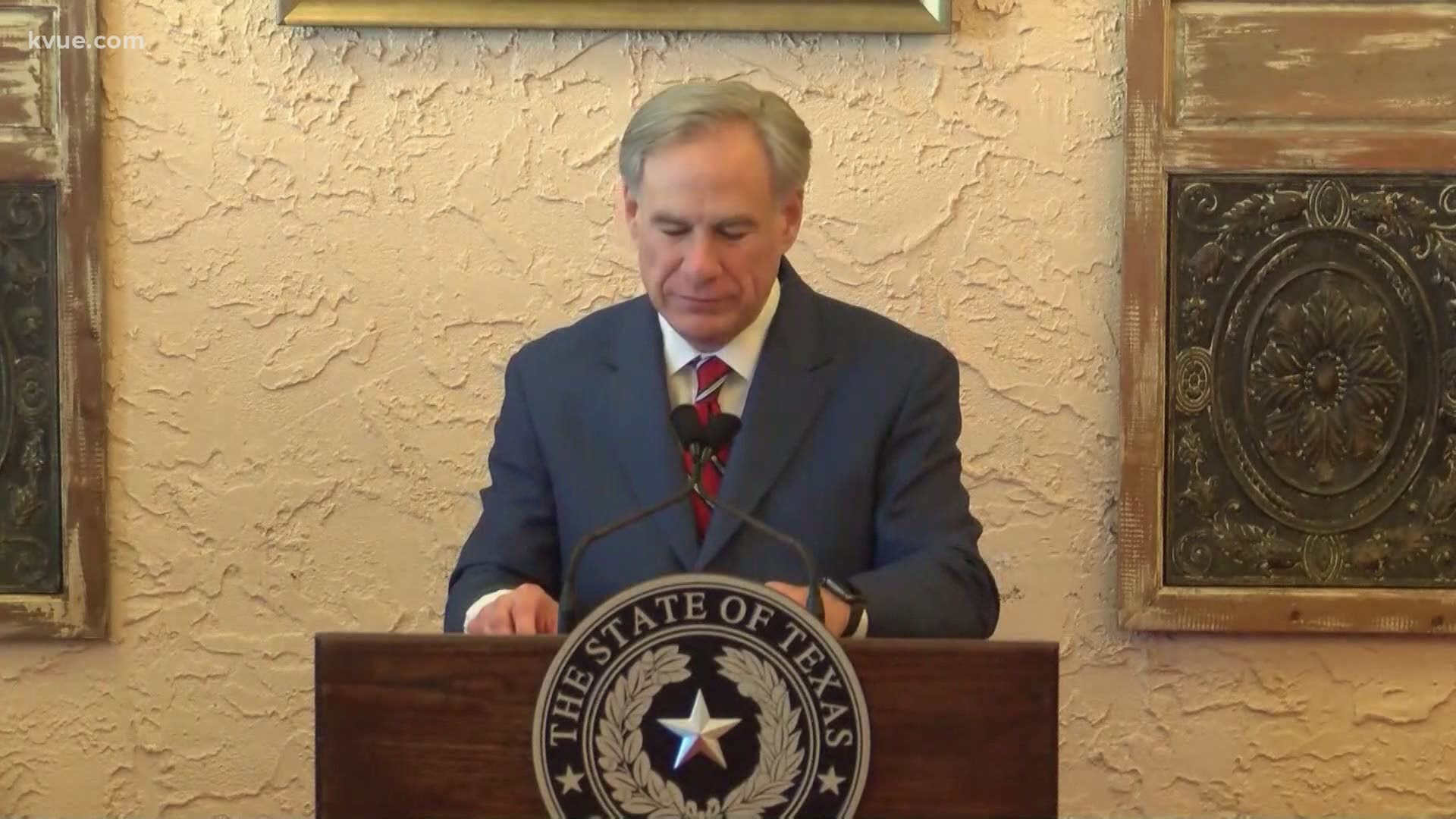 AUSTIN, Texas — Gov. Greg Abbott did not consult with three out of four of the state’s top health experts ahead of his announcement on Tuesday to lift Texas’s mask mandate and allow all businesses to open to 100% capacity, it has been revealed.

Dr. Hellerstedt told lawmakers he did not have a conversation with Abbott directly before the announcement, though he did speak with the governor’s team.

"We have daily decisions with the governor's staff about what we see in terms of trends," Hellerstedt told Rep. Erin Zwiener (D-Driftwood).

Dr. Hellerstedt said while he and the governor “are on the same page” about what is helpful to prevent COVID-19, he believes Abbott lifted restrictions “rather to say the government itself would play a different role.”

"Again, I think the difference is, should you wear a mask? The answer is absolutely yes," he said. "Does the governor want folks to wear a mask and to take their own personal responsibility to do it? The answer, I believe, is yes."

Dr. Hellerstedt was not present for Abbott’s press conference on Tuesday announcing the new executive orders, which take effect on Wednesday, March 10. He is one of four medical advisors on the governor’s Strike Force to Open Texas team.

According to KVUE’s media partners at the Austin American-Statesman, two of the other advisors were not directly consulted about the governor’s decision.

"Texas has been making some real progress, but it’s too soon for full reopening and to stop masking around others," adviser Dr. Mark McClellan told the Statesman.

Dell Medical School assistant professor for infectious disease Dr. Parker Hudson, another advisor for the team, told the Statesman he was not involved in the decision.

Dr. John Zerwas, the executive vice chancellor for health affairs at the University of Texas System and a former state legislator from the Houston area, however, told the Statesman he did speak with Abbott leading up to Tuesday’s announcement.

"My recommendation to him was that in the same breath you declare an end to the state mandate, there needs to be a very clear message that public health measures continue to be very important as we work our way through the pandemic," Dr. Zerwas told the Statesman. "He said those things, but they do get lost, when you have probably the bigger headline, 'Governor rescinding state mandate.'"

In response to @KVUE questions about who in the medical community advised the #Texas governor that yesterday was the day to announce a rollback on restrictions, including dropping the mask mandate and removing capacity limitations, @GovAbbott spox @RenaeEze shared this >> pic.twitter.com/E6C5oKiNVb

Dr. Zerwas said Texans now need to take personal responsibility and follow health measures to help stop the spread of the virus, such as social distancing and masking, despite the lack of a state mandate.

In a statement to KVUE on Wednesday, Abbott’s press secretary, Renae Eze, said:

“The governor speaks regularly with Dr. Hellerstadt and Dr. Zerwas, along with others in the medical community, regarding yesterday’s announcement. All were in agreement that Texans should continue following medical advice and safe standards on preventing COVID-19 to protect themselves and their loved ones, just like they do on other medical issues. As the governor mentioned yesterday, COVID-19 has not suddenly disappeared. Removing state mandates does not end personal responsibility or the importance of caring for family members, friends, and your community.”

List: Businesses in Austin that are still requiring masks