Some of the toy bears are seated with an open bottle of Corona beer. It's become so popular, people are donating money to keep the restaurant going. 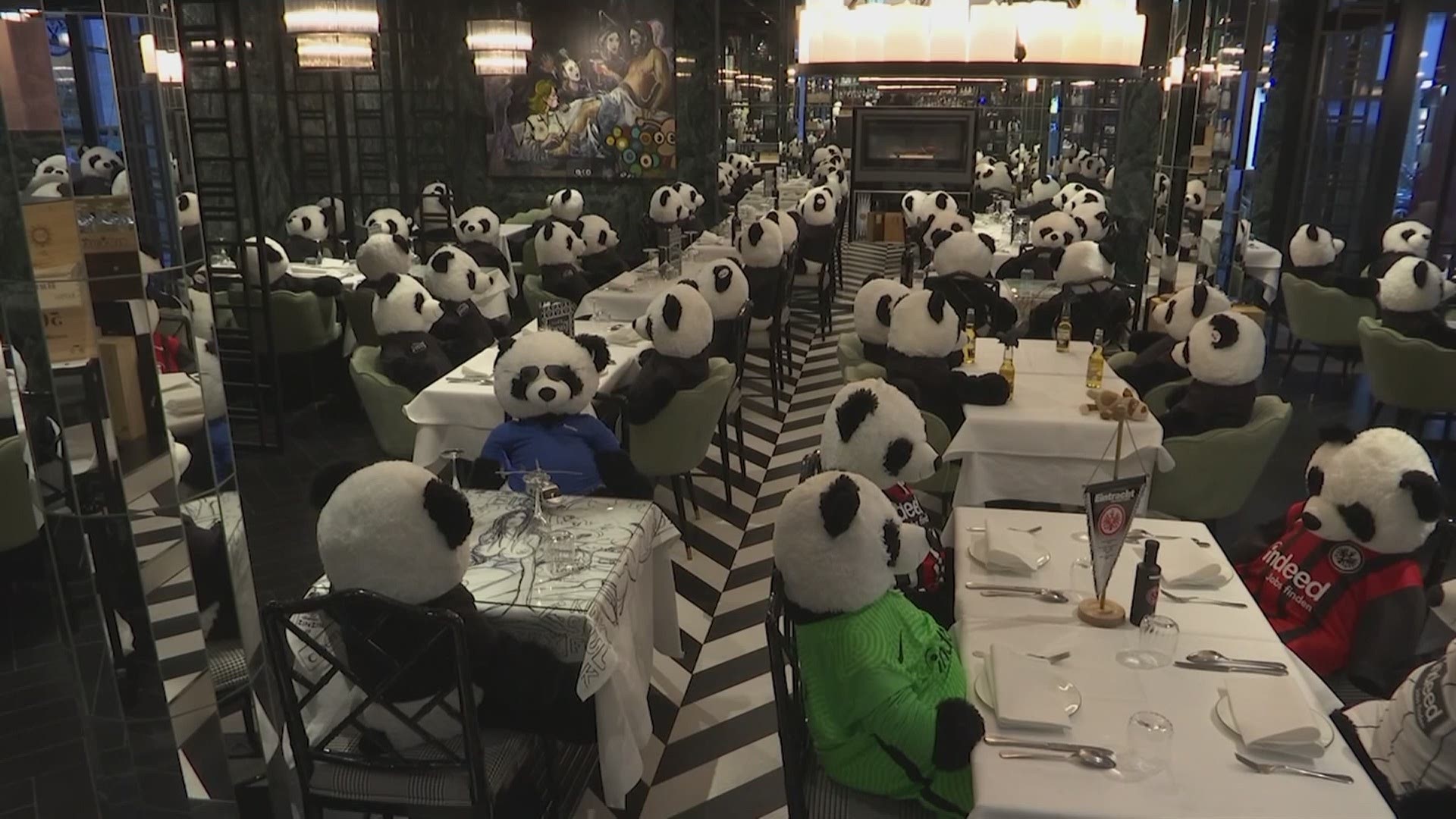 A restaurant owner in Germany has been using stuffed toy panda bears as a form of silent protest against the coronavirus lockdown. Some have a bottle of Corona beer sitting in front of them.

Restaurant owner Giuseppe Fichera acknowledged the idea was "crazy," but after a friend had suggested it, he decided to give it a go.

"It was a crackpot idea. A good friend gave me the idea, she said the restaurant looks so sad, so dark, so empty," he said.

So he filled his premises with the black and white furry guests, all dressed for an evening out.

"The pandas all found a sponsor and are all sold. Now they are all here, we have a 24-hour exhibition, we keep the lights on at night so people can see them and take photos. What's best is that you see everybody who walks by smiling," Fichera said.

Fichera mentioned that he is hopeful that the German government will provide financial help, but is not confident it will completely cover his costs.

The country has recorded more than 1 million total cases of COVID-19, according to Johns Hopkins University.

However, Germany has reported fewer virus-related deaths than many other European countries: 16,480 compared with more than 50,000 in Britain, Italy and France.

The country is almost a month in to a so-called “wave-breaker” shutdown instituted Nov. 2 after daily cases rose to new record highs.

Officials say the new measures have succeeded in halting the surge.

RELATED: TSA numbers show Thanksgiving eve travel at less than half that of last year