Friends say David Prasifka fought coronavirus as the county's emergency management coordinator. Officials say he had underlying health issues, but had the virus too. 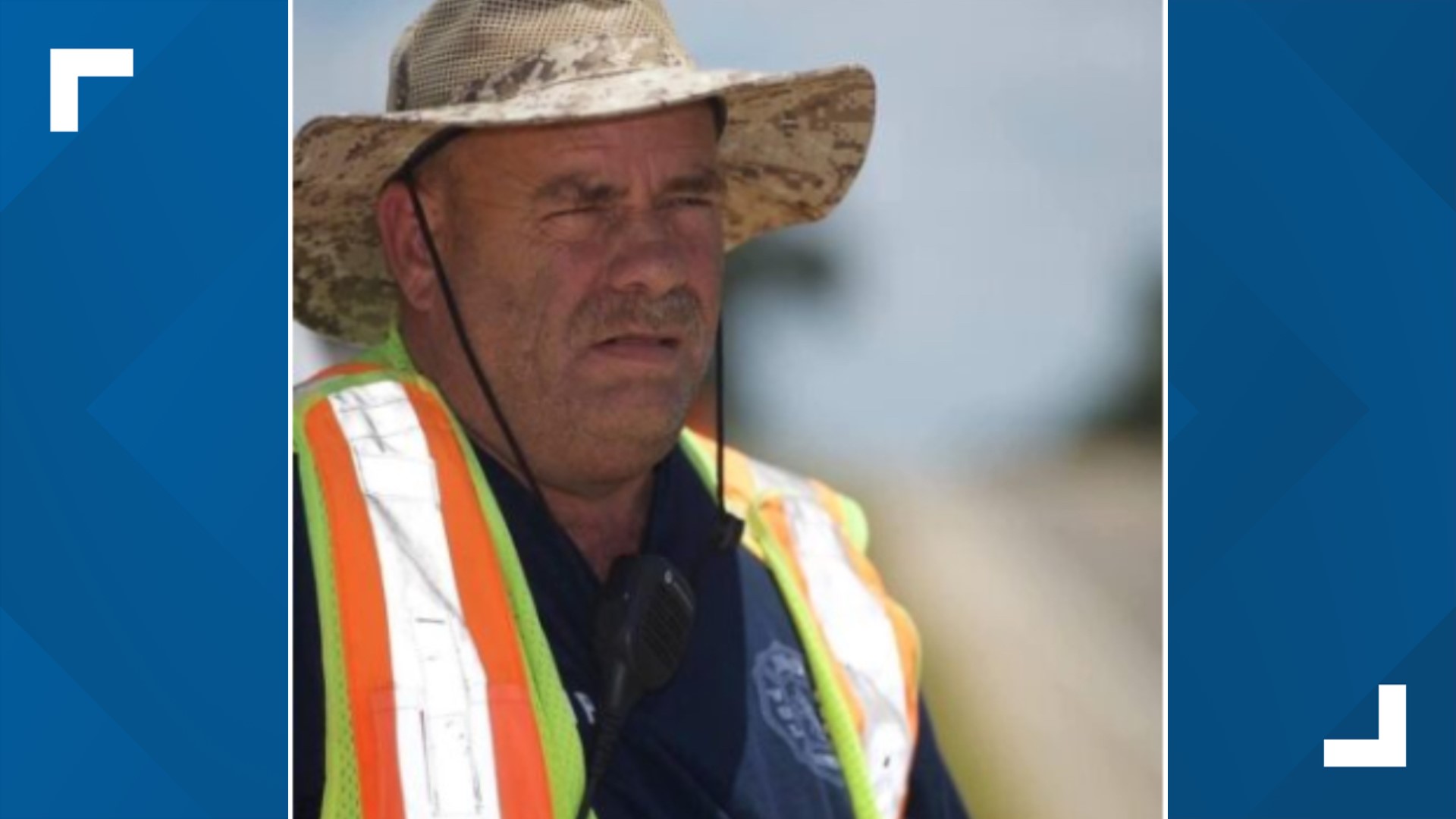 ATASCOSA COUNTY, Texas — First responders and ordinary citizens turned out in force Monday morning to honor a man who dedicated his life to public service.

Friends say the Atascosa County Emergency Management Coordinator, David Prasifka, was a dedicated frontline coronavirus fighter, posting updates to social media as late as Thursday. Then on Saturday, he died.

County officials said Prasifka had underlying health issues, but he had the virus too. His firefighter family, who took part in a procession to return his body to Jourdanton, was overwhelmed by the show of support, as community members turned out to say thank you and goodbye.

Assistant Fire Chief Charlie Abshier said “I was overwhelmed by the turnout. What I saw today, during the procession, our brotherhood stood strong.”

Fire Captain Jeff Rankin said the loss of Prasifka, so suddenly, is a blow many are struggling to accept.

"I think there's a lot of people in the community that haven't grasped that he's no longer with us," Rankin said.

They say Prasifka’s loss is huge, but his impact on hearts in Atascosa County is even greater, as he was a man always on the move, serving, leading, and teaching.

Fire Chief Roland Jimenez said, “He put the effort and the time to make this department have the equipment that it has.”

Fighting back tears, Jimenez said “He was very well-loved in this community, his hometown, like it is mine. It is really heartbreaking.”

Jimenez added that as a firefighter first and an emergency coordinator most recently, Prasifka touched lives all across the county.

“David was a fighter and he definitely didn’t give up. He had a heart of gold and he would give the shirt off his back to anybody,” Jimenez said.

Fire Captain Amy Balderas said Prasifka welcomed her onto the department and made sure she felt at home. “He was a real gentleman,” Balderas said.

Funeral arrangements are still pending, but his firefighter family  promises to continue to serve, just like Prasifka taught them.

Balderas said “I’m not the person I am today, if not for David as my chief.”

Chief Jimenez said “I am where I am now because of him. I just hope I make him proud.”

Rankin added “His name is not going to be forgotten as long as we’re here to keep it. He would have done the same for us.”

A GoFundMe has been established to help Parsifka's family with funeral service costs.

RELATED: 'We are exhausted' | Local nurse speaks on caring for the sickest coronavirus patients in San Antonio