Before this case, 11 cases of coronavirus had been reported from among the evacuees brought to federal quarantine at JBSA-Lackland.

SAN ANTONIO — San Antonio city and health officials announced Friday that the first case of coronavirus in the city outside of the JBSA-Lackland quarantine had been confirmed by testing late Thursday night.

Before this case, 11 cases of coronavirus had been reported from among the evacuees brought to federal quarantine at JBSA-Lackland.

The person had previously traveled out of state, according to officials.

Mayor Ron Nirenberg announced at the Friday morning news conference that the city is limiting large gatherings of more than 500 people for the next seven days as part of its Public Health Emergency declaration.

Officials said the order does not apply to certain gatherings such as schools and hospitals. The health declaration will be in effect for one week.

Bexar County also issued a Declaration of Public Health Emergency. You can view that below: 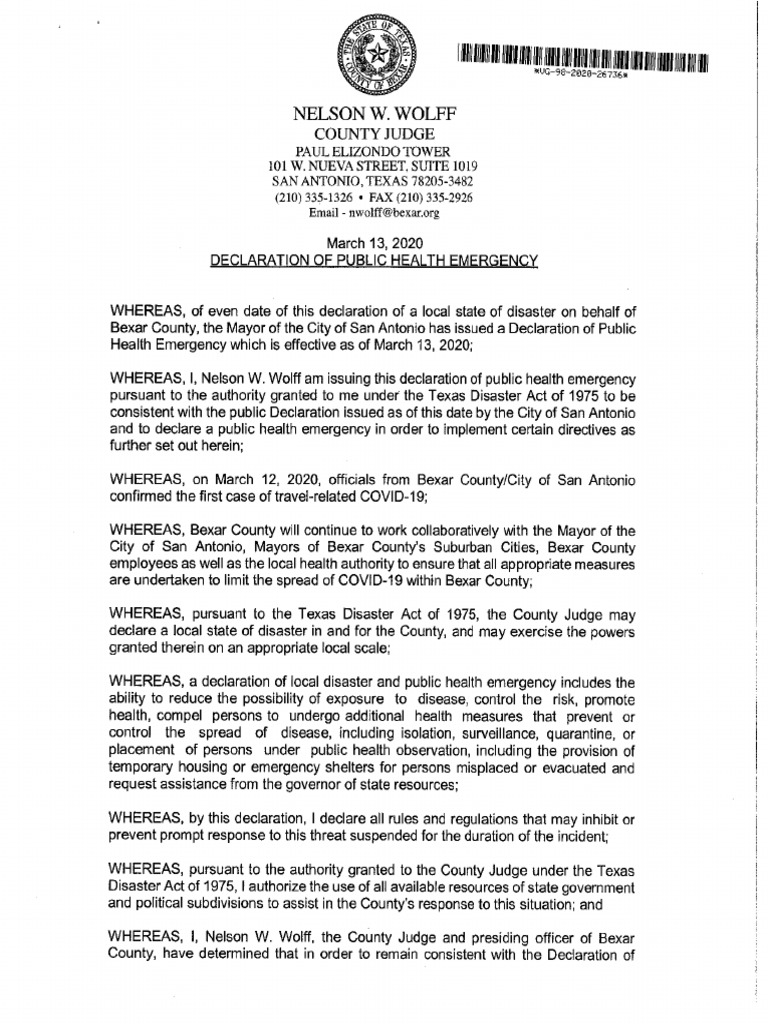 Bexar County Declaration of Public Emergency
Discover everything Scribd has to offer, including books and audiobooks from major publishers.

Also, officials with Metro Health urged anyone with symptoms or anyone who believes they have coronavirus to call their health care provider first, rather than going directly to a hospital or urgent care facility.

They say going directly to a facility would put health care workers and other members of the public at unnecessary risk.

Gov. Abbott said as of noon Friday, the total number of confirmed coronavirus cases in Texas had reached 39. That number does not include the 11 Lackland quarantine cases.

Editor's Note: KENS 5 is reporting on the coronavirus pandemic with facts, not fear. Here are some resources to answer your questions about coronavirus from local and state health officials: