Fighting the coronavirus from home

A local engineer started using her 3-D printer to make protective face shields for the medical community and first responders, and she's now sparked a movement. 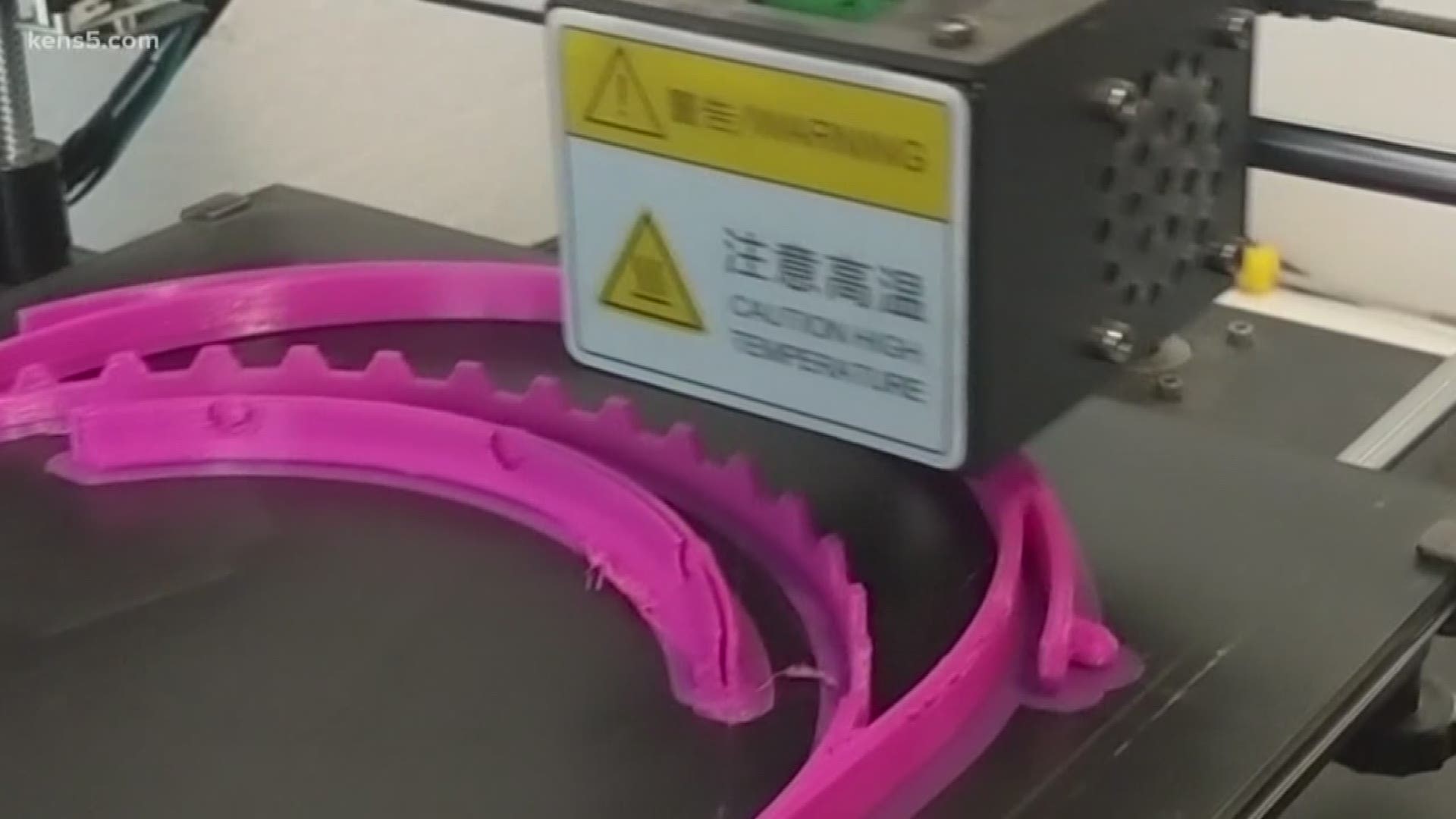 SAN ANTONIO — Thuy Dinh was stuck at home while the coronavirus pandemic was quickly moving across the world.

So, the mechanical engineer put her talents to use—from home.

“A lot of people right now who aren't in the medical field feel like there's a sense of helplessness,” Dinh said.

She had seen a design of a protective face shield on Facebook and decided to use her own home 3-D printer to make one.

“This design by Prusa had been floating around my Facebook for a while, so I decided to make one. It was a dollar to make,” she said.

That creation, which Dinh says cost only a dollar, has since sparked a grassroots movement.

“So I started posting them on my Instagram, just the process of it to see if I could figure out which hospitals might need them. And, the next day, five other makers reached out, and now we're running our 3-D printers around the clock to print them and get them distributed to hospitals,” Dinh said.

“My ultimate goal in this was to give people who wanted to help a way to help in their own way. Now that 3-D printers are readily available, lots of people are able to support the community in this way that they've always kind of enjoyed."

She said the design takes about two hours to make.

“People are literally running them 24/7 to just make as many as they can,” said Dinh.

Bexar County Precinct 4 Commissioner Tommy Calvert is now stepping up to help with the efforts, getting the CANopener Labs on board to make even more of the face shields. CANopener has over 20 3-D printers in-house.

“This 3-D print shop is getting a coalition of other 3-D printers to print out something like 500 masks a day with the protective gear that keeps any kind of fluids from getting to our first responders,” Calvert said.

He said there’s a dire shortage of protective gear for healthcare professionals and first responders.

“As I hear the desperation in the voices of our doctors and nurses about not having enough inventory of protective gear, it's just been amazing to see this community rise,” Calvert said.

Calvert said the coronavirus is nothing like we’ve ever seen or planned for, and that’s why he’s helping move this effort from the workshop to the battlefield.

“We have a national infrastructure of health care providers who need the backup of citizens in this fight. It's a global fight."

Calvert said he's creating an organization called Coronavirus Volunteer Corps that's in the works right now to get more people involved.  He said they should have a website up next week with more information on how people can get involved.

“So as someone who's worked in war zones, in disaster zones, I know that first responders and governments become overwhelmed in any disaster. But this is a disaster like none other that we have faced,” Calvert said. “We don't need to make any money and we don't want anybody to make any money off of this. We know our country needs us. And that sense of patriotism and that sense of community is inspiring to me.”

In the meantime, if you have a 3-D printer at home and want to help make the face shields, Dinh suggests using the same Prusa RC2 model.

Dinh said they want to “maintain a cohesive design."

Once the face shield is created, you can drop it off at CANopener Labs, where they will add the plastic face shield.

From there it will be sanitized and distributed to our area hospitals and first responders.

Dinh said they are also in need of 3-D printing filament. Follow this link to the Prusa RC2 model design.