30-day mask order now in effect in Harris County, Houston: Here's what you need to know 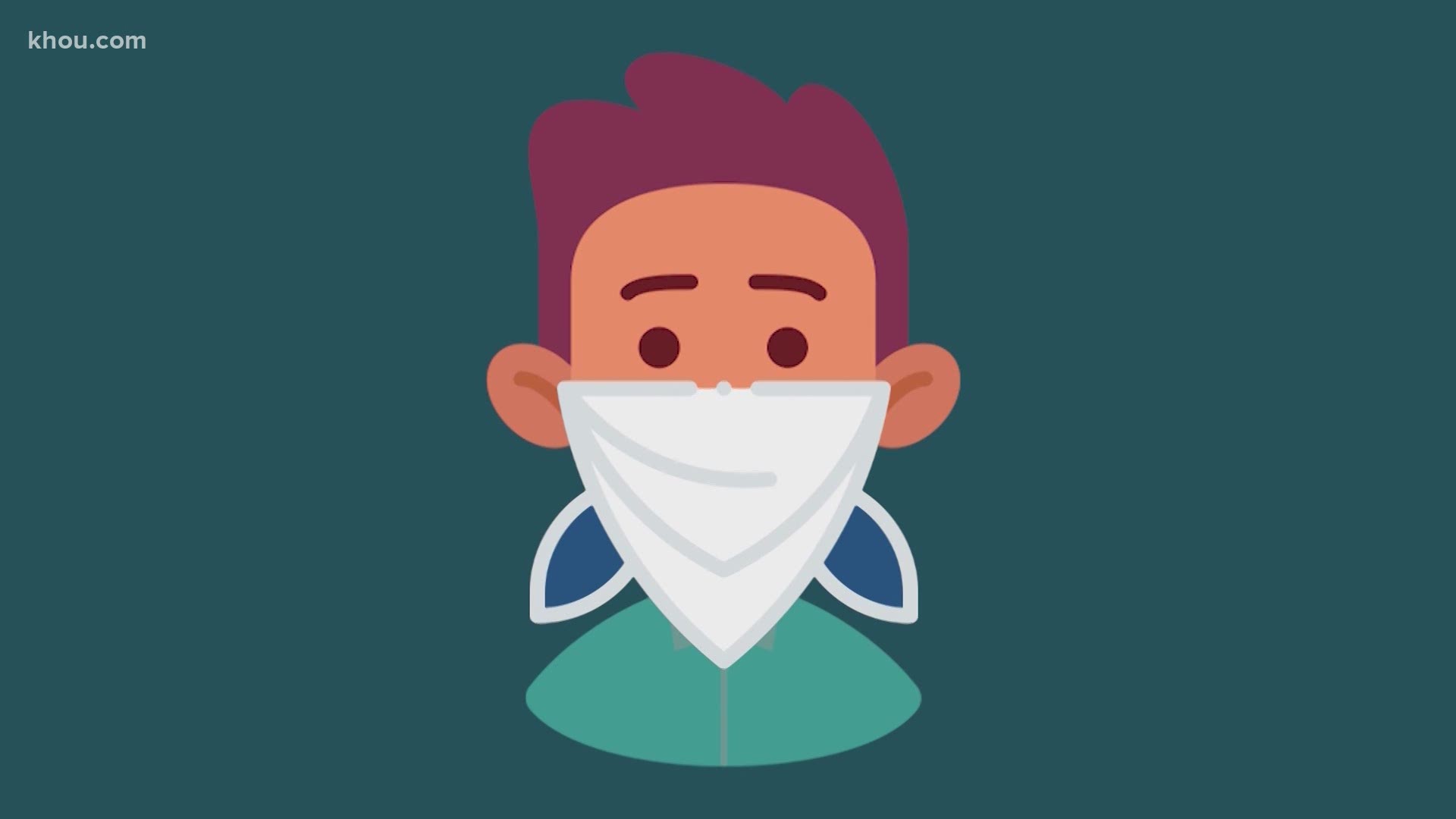 Harris County Judge Hidalgo announced the order last week. Anyone caught without their nose and mouth covered could be fined up to $1,000. The 30-day order begins Monday, April 27.

"We have to use every tool in the toolbox," Hidalgo said at the time she announced the order.

Both Houston Police Chief Art Acevedo and Harris County Sheriff Ed Gonzalez tweeted Monday that their officers do not intend to issue any tickets or citations, despite the order. But Acevedo warned trespassing charges could be filed against those who do not leave stores requiring masks.

RELATED: Some stores may not let you in, trespass charges can be filed

RELATED: Here's how to make your own face mask if you don't have a sewing machine

RELATED: Tips on how to properly use a face mask during the COVID-19 pandemic

At the time of the announcement, the Houston Police Officers Union called the order "draconian" and said they reached out to the Texas attorney general to ask if it's legal.

“Her abuse of the use of executive orders is the ultimate government overreach. These kinds of confused government policies fuel public anger – and rightfully so," Patrick said in a statement.

At least two other county judges in the Houston area say they won't issue similar orders.

Galveston County Judge Mark Henry said he thinks it would be unconstitutional to require face coverings.

And Montgomery County Judge Mark Keough announced masks will not be mandatory there and he doesn't think he has the legal right to require them.

Last week, Hidalgo said Houston and Harris County have surpassed 5,000 positive coronavirus cases but things are looking better. Still, she warned, it's important not to get complacent.

"If we get cocky, we get sloppy, then we're right back to where we started and all of the sacrifices people have made will have been in vain," Hidalgo said. "We've made too much progress to backtrack now."

KHOU has just upgraded its technology. If you were unable to receive KHOU with your antenna in the past, try again on channel 11.11. You may have to rescan your channels for it to work – if that’s the case, we’ve got some instructions at KHOU.com/antenna. If you already see KHOU on 11.1, you may now ALSO see it on 11.11 – it’s the exact same programming. We’re really excited to be able to bring our KHOU 11 News, CBS shows and sports, Wheel of Fortune, Ellen and Great Day Houston to more homes around the area. If you’re still having trouble, please contact us here and we’ll try to get you set up.