Diamond Princess evacuees released from quarantine at Lackland Airforce base

Only the people who have been symptom free the entire for the full 14-day quarantine period were released Tuesday. 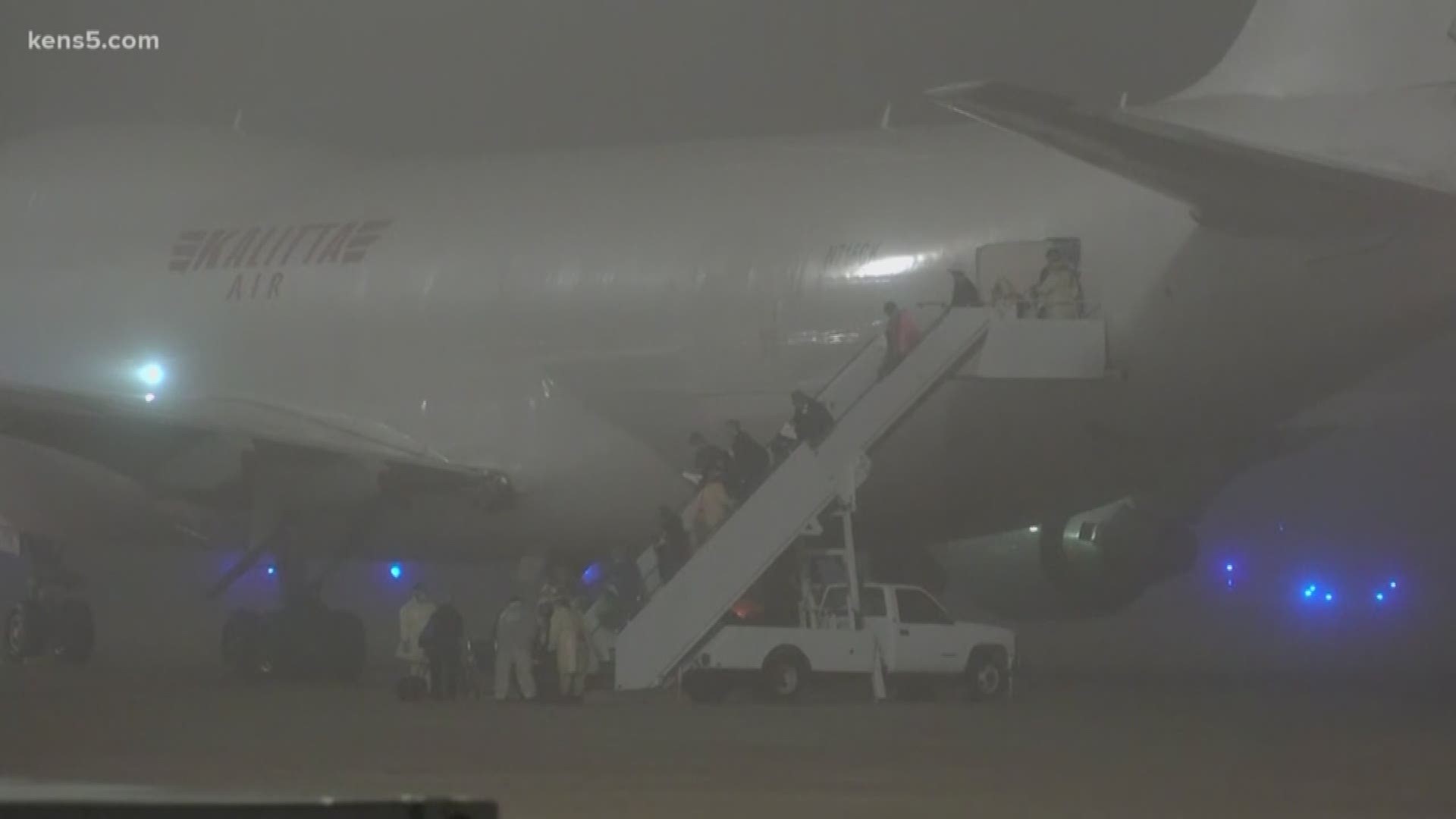 SAN ANTONIO — After weeks of being away from home, 120 of the Diamond Princess cruise ship evacuees who were being quarantined at JBSA Lackland were released on Tuesday.

KENS 5 was at the San Antonio International Airport when the evacuees arrived.

The decision to let them leave comes just a few days after a women being quarantined was released into the City of San Antonio. A positive test result for the coronavirus came afterwards.

Only the people who have been symptom free the entire for the full 14-day quarantine period were released Tuesday.

A few passengers told us they were headed back home to places like Chicago and New York, and there were others who say they weren’t going far.

All 120 people who were released were medically cleared by the Center of Disease Control.

In a press release Mayor Ron Nirenberg says the risk to the public remains low.

KENS 5 watched as Airmen who were transporting the evacuees shook hands and even hugged many of the passengers as they were leaving the bus without any protective mask or gloves.

We’re told the people who have shown symptoms during the 14-day quarantine period and or tested positive for the virus will not be released yet.

RELATED: In Congress, questions about overdue testing for coronavirus

RELATED: This interactive map shows all reported coronavirus cases in the world