Filed as a couple? IRS says stimulus check may be in 2 payments

Some of the money may be arriving via direct deposit while the rest could come in the mail. 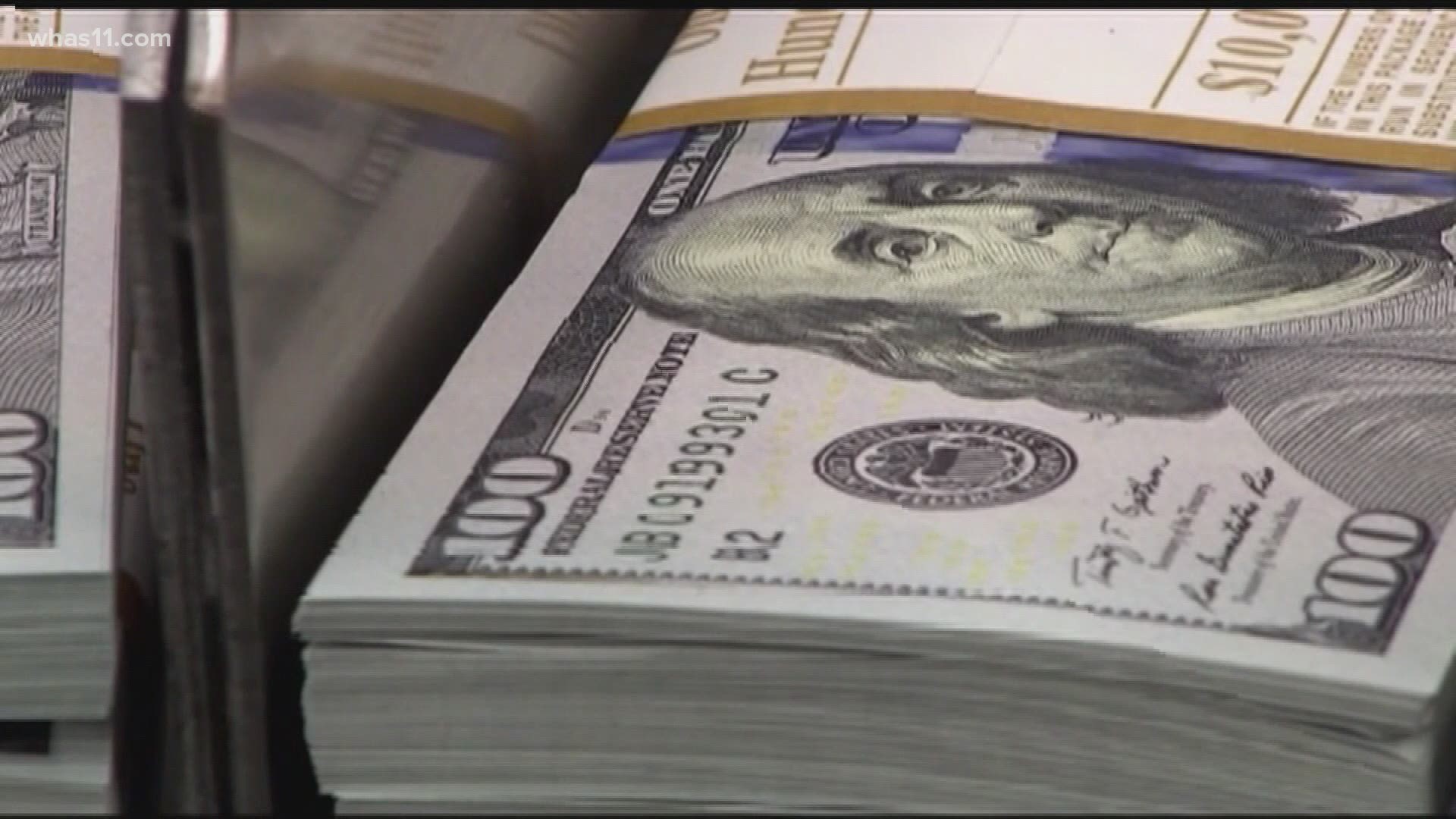 If you are a married couple and filed your taxes jointly, but you have only received half of your stimulus payment via direct deposit from the American Rescue Plan, you may be getting it in two parts, and not necessarily in the same way.

But many people, including couples who filed jointly and are under the $150,000 income cap, reported this week that they only received half their payment even though they got the full amount from the first two stimulus packages in 2020.

RELATED: Only half? Some Kentuckians, Hoosiers report receiving just half of their stimulus check

RELATED: Only half? Some Americans report receiving just half of their stimulus check with no explanation

Why did we only get half of our stimulus money?

The frustration spawned a Facebook group called "Half Stimulus Missing/Received Status." But something the users of that page started noticing late last week is that their banks reported they have a pending deposit for the second half of their money -- their spouse's half -- this week.

And that's exactly what's happening for many of them. The IRS announced Monday that the second batch of stimulus payments from the American Rescue Plan began processing last Friday and should have an official pay date of this Wednesday.

"Married taxpayers who file jointly whose tax return includes an injured spouse claim may get their EIP3 as two separate payments," an IRS spokesman said in a statement Monday. "In most cases, the second payment will be delivered as directed by the tax return. In a few instances, one payment may come as a direct deposit and the other mailed. The second payment may come the same week or within weeks of the first payment."

Check the Get My Payment tool for each spouse

"Both taxpayers on the tax return should check Get My Payment separately using their own Social Security number to see the status of both payments," the IRS said Monday.

You may find the dates when the IRS says it will deposit the money for each person are different. That's what some people have discovered.

"Yes this is what is happening to me. We got half under my husband’s on the 17th and mine says the 24th," wrote another.

"Get my payment updated mine!!!" one woman wrote in the Facebook group. "It used to have 3/17 for us both! Now mine has changed!" she said, showing a screen shot from the IRS that indicated her payment was coming on March 24.

If you already checked the Get My Payment tool once and it said both spouses would get their money the same day, check it again. Some people were reporting the date for one of the payments had changed since they first checked it.

Again, the IRS says some payments will go out in the mail, even if one spouse got it via direct deposit.

This, however, may not explain all cases of payments that are not the full amount people are expecting.

"Why did we only get $800?!?" said one woman in the Facebook group who indicated she and her husband should have gotten $4,200 for them and their child. "Anyone else going through a similar situation?? I see that many of you have at least got half.... we didn’t even get half of ours!!!"

None of the above would not clarify why any individual filers may not getting their full payment, if that is the case. Also, not everyone may realize there is an income cap for the full $1,400 or $2,800. And, the payments reportedly are vulnerable to being seized by debt collectors.

One more thing. Some people are reporting they are getting letters from the IRS saying they may be getting $1,800 when they are owed $4,200. Be sure to note which Economic Impact Payment it is talking about. If it says EIP2, it is talking about the second payment from late 2020 that was $600 per person and per dependent. If it says EIP3, that's the $1,400 per person stimulus.