'It's not a lot to ask': Local leaders say masks must still be prioritized, even as city trends in right direction in COVID-19 fight

No new case numbers were reported at Saturday's briefing, but Texas saw its biggest single-day jump since the pandemic began.

SAN ANTONIO — While local leaders said the Metro Health data team was taking the weekend off amid "working 24/7 for months" – meaning no new coronavirus case numbers were reported at Saturday's daily briefing – both Mayor Ron Nirenberg and County Judge Nelson Wolff lamented inconsistent guidance  when it comes to the wearing of masks in public as businesses reopen in Texas and elsewhere.

Responding to an anecdotal observation about the general lack of masks being worn at The Pearl recently, they said there have been "mixed messages" from leaders up and down the government hierarchy. And, Nirenberg added, the inconsistency isn't helping matters in an ongoing pandemic.

The emphasis on wearing masks has been a familiar refrain from city leaders in recent weeks, and the latest reminder came as Nirenberg said "the data is trending very well" when it comes to slowing the spread of the virus within the community. At the onset of the pandemic, it took just a few days for new case totals to double; now the total doubles every four weeks, which the mayor called an "extraordinary" development.

It's been well over a month since the Centers for Disease Control amended its guidance and began recommending the usage of masks while outside homes, which San Antonio and Bexar County officials have largely emphasized.

RELATED: How US guidance on wearing masks during coronavirus outbreak has evolved

But the state has since said local governments can't make the wearing of masks mandatory, and those without one can't be penalized with a fine or jail time.

“We preach here every day that you should wear the mask and you should socially distance, but there’s voices out there that are contrary to ours," Wolf said on Saturday. "And that’s a darn shame.”

Nirenberg then held up a mask that he said a young San Antonian custom-made for him, saying that the importance of face coverings transcend personal health to symbolize community in unprecedented times.

“This is a statement that says, ‘I respect you as a member of my community. I care about you. And I’m going to do what it takes to make sure you stay healthy, and also that we’re going to be able to open up our economy again,'" the mayor said. “If we all care about the city and each other enough to open it up and do the things that are necessary for us to make this city strong again—just wear a mask. It’s not a whole lot to ask.”

As of Friday evening, 2,120 county residents were confirmed to have the coronavirus. A total of 62 have died from COVID-19-related complications. 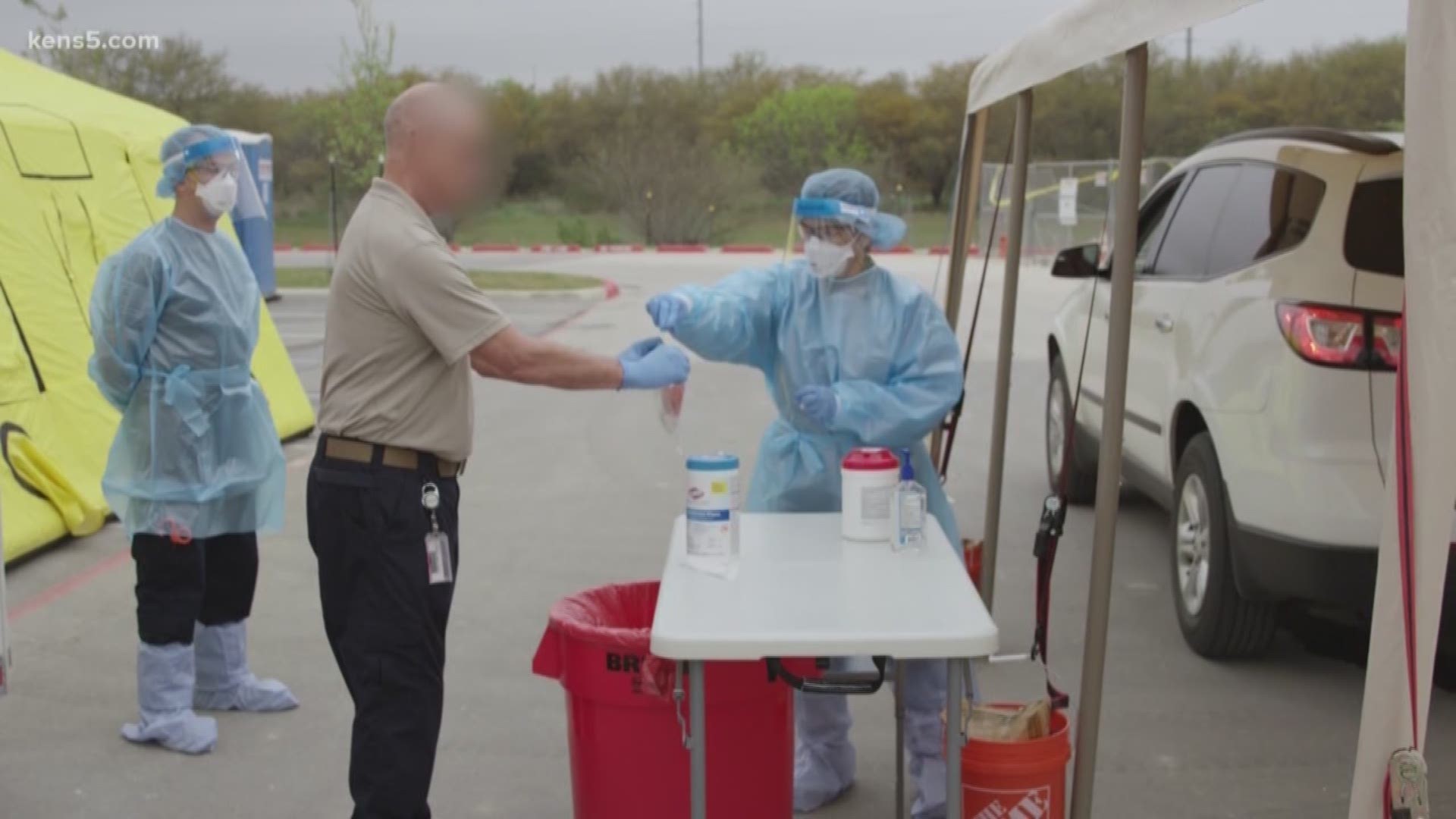 RELATED: Bars light up in message to Gov. Abbott: 'We look forward to serving safely'