A Cartersville man tells 11Alive that he is in need of a kidney transplant. 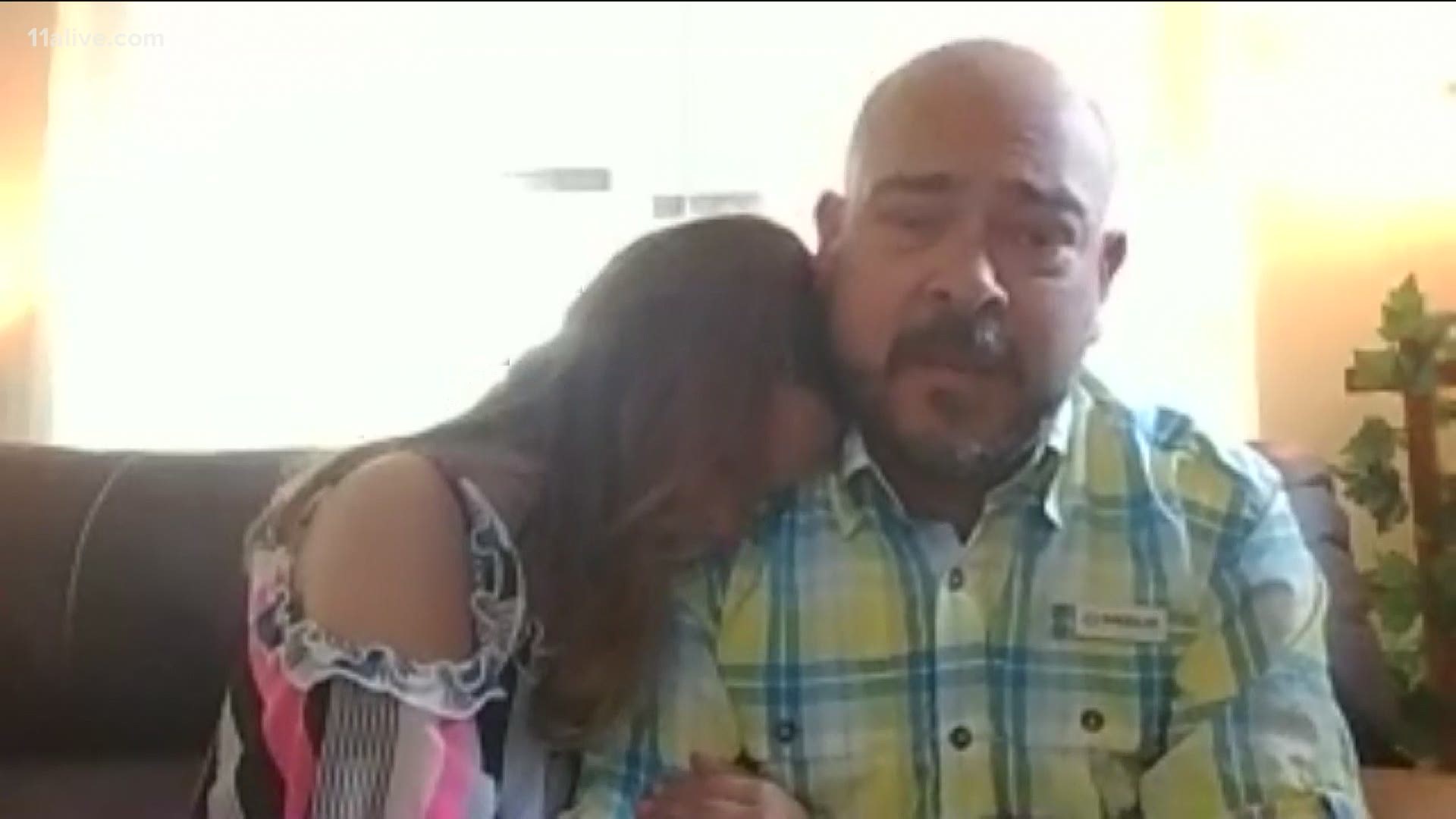 CARTERSVILLE, Ga. — As we continue to see more active COVID-19 cases in Georgia now than we did in April, one Cartersville man who recovered from the virus months ago is still struggling with kidney failure. Something that isn't uncommon for survivors like him, medical experts have said.

It's been more than three months since the 40 year old was first diagnosed with the virus. He was hospitalized for 10 days without being able to see his fiancee or his two children. Now, he's dealing with another set of challenges.

"I want to do what it takes to be alive, but it is kind of hard. I mean it really is," Evans said.

While he's able to be back at home with his family, he still has to go to dialysis three times a week.

"I have to go to the clinic, get hooked up to the machines and sit through that for four hours," he added.

All of this, he says, until he can get a kidney transplant. He still isn't even on the list yet.

Kidney failure, like his, is one of several possible long-term effects of COVID-19, researchers have said. Patients who have recovered from the virus also reported having other issues such as lung damage, worsening liver function and neurological problems.

"Most days, on dialysis days, I come home and pretty much just pass out. It's just, it's pure exhausting," Evans said.

The father of two wants others to take this virus seriously.

"People don't want to have to deal with this. It was bad. It was horrible. I almost lost getting to be with my family. It's rough," he said while he held his youngest daughter.

Fauci said US could reach 100,000 new coronavirus cases a day