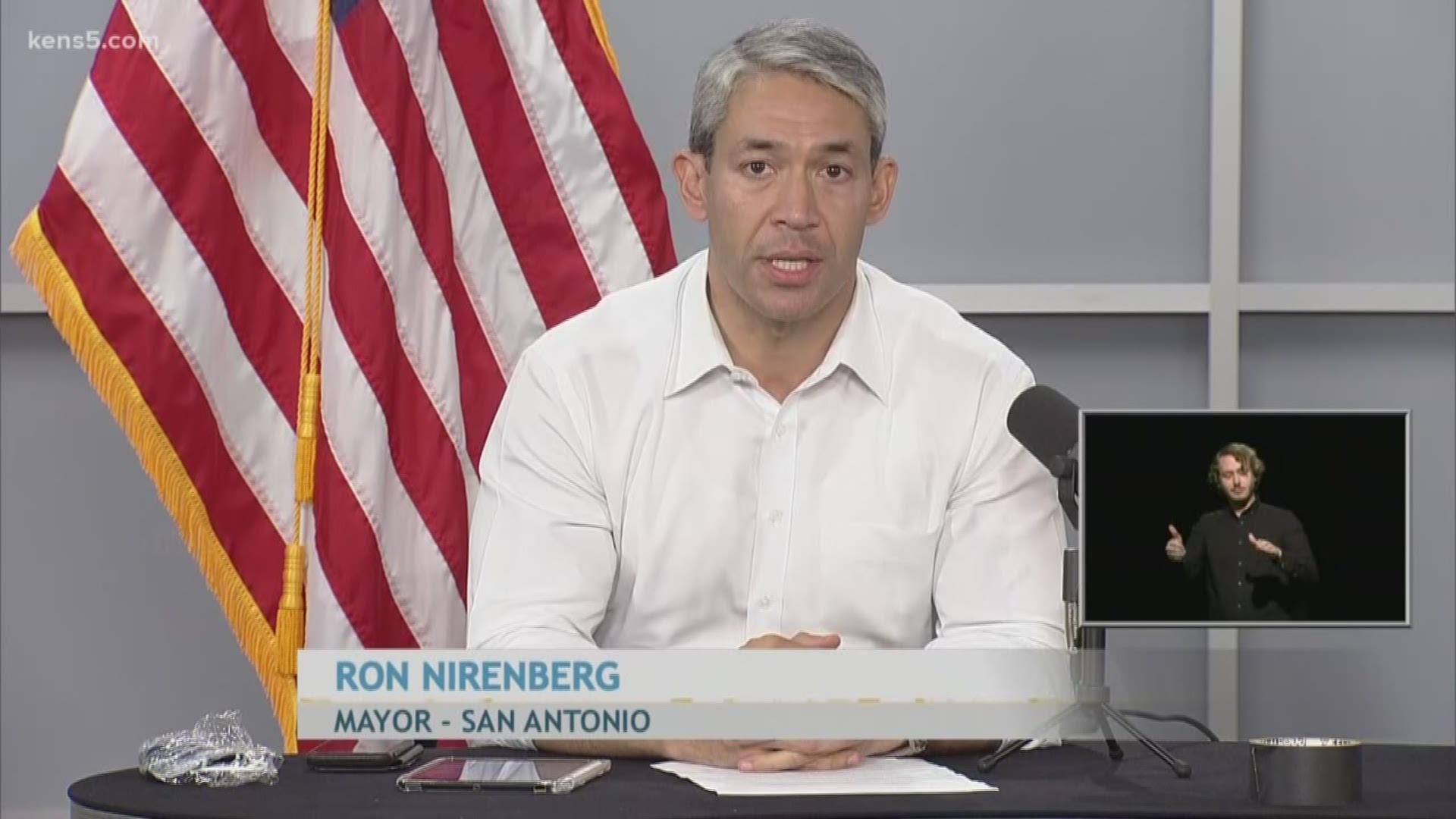 For the most recent updates, visit our April 8 real-time blog here.

Multiple outlets including the New York Times are reporting that folk singer and songwriter John Prine has died at the age of 73 from COVID-19 complications.

Balcones Heights has issued a fourth Declaration of Local Disaster. According to a city council spokesperson, the move "more closely aligns" with Bexar County's most recent Executive Order.

Mayor Ron Nirenberg announced that the number of confirmed coronavirus cases in Bexar County has surpassed 500 as five more residents of the Southeast Nursing and Rehabilitation facility have died, bringing the total number of deaths in the city to 18.

He said that of the 503 cases, 124 are travel related while 150 have been attributed to community spread. 179 have come from close contact with another person who has it, and the rest remain under investigation. 88 San Antonians have been hospitalized, and the mayor warned that the coming week would be difficult for the city.

Six more coronavirus cases have been confirmed in Guadalupe County, bringing the total cases to 45. County officials say 18 are in Cibolo and 7 are in New Braunfels.

The University of Texas at San Antonio says it will reimburse students for housing, parking permits and meal plans. The refund will be prorated going back to March 16 and through the end of the spring 2020 semester.

In the email sent to students, it says, "Residents who currently remain in on-campus housing are not eligible for this prorated refund."

The city reports six additional COVID-19-related deaths, five of which are residents of the Southeast Nursing and Rehabilitation center who passed away since Sunday after testing positive for the coronavirus. The total deaths in the San Antonio area from the virus now stands at 18.

A new program is being launched by the City of San Antonio to help the city's homeless population. A homeless connection hotline will launch Thursday.

City officials said during a special city council meeting Tuesday that Haven for Hope and other shelters are no longer accepting resident, making it even more difficult for the homeless population.

Below is some information presented at the meeting:

The City of San Antonio is reminding people about resources it offers — and is continuing to offer — when it comes to fighting family violence. Local leaders say you shouldn't hesitate to call 911 in the event of a life-threatening emergency in your household and you can call (210)207-SAPD to report potential domestic violence incidents.

You can find more resources here.

Governor Abbott orders all state parks and historic sites in Texas to temporarily close to further prevent gatherings of large people. There is no set date for when they are to reopen.

Comal County confirms five new cases of coronavirus, bringing the total in the county to 27.

Stocks climbed in early trading on Wall Street Tuesday as markets around the world piled on even more big gains following their huge rally a day earlier.

Tim Morrow, President & CEO of San Antonio Zoo, "Now, more than ever in our 100-year history, we need help." The zoo, with help from donors locally and across the country, just last month, was able to raise and send more than $40,000 to the Zoos Victoria’s Bushfire Emergency Wildlife Fund amid the Australian wildfires. Now, the zoo is hoping for a 'boomerang-like' donation effect.

Wall Street futures trading showed signs of a strong start Tuesday following Monday's rally in which the markets rose 7%. The S&P 500, Dow Jones and Nasdaq were up 2.5% in pre-market trading.

The United States has 368,196 confirmed cases of COVID-19 as of midnight ET Tuesday morning, according to Johns Hopkins University. There have been 10,986 deaths and 19,828 recoveries.

8:00 p.m.
Eleven new cases of coronavirus have been confirmed in Guadalupe County. Officials said the total number of cases in the county has now risen to 39.

6:15 p.m.
Mayor Ron Nirenberg announced in his daily update that he is advising citizens to wear cloth masks when out in public.

City leaders say there are 456 confirmed positive cases in San Antonio as of 6:15 p.m. on April 6; 139 of them are "community-transmission" cases while 153 were caused by close contact with another patient.12 people in the county have died. City officials are also releasing the zip codes of residents who have tested positive for the virus. Click here for that information.

3:00 p.m.
Val Verde County officials are confirming a sixth case of coronavirus. They say this person likely contracted it while traveling in the United States, and they have been transported to San Antonio for treatment.

A total of three BCSO employees have tested positive for COVID-19, two assigned to the Detention Bureau, and one Video Visitation civilian employee.

U.S. Customs and Border Protection updated its list of confirmed employee coronavirus cases; San Antonio has two. It is unclear when these two employees contracted the disease.

Comal County has confirmed its 22nd case of coronavirus. The patient is from New Braunfels and in their 40s; they are self-quarantined. The case is said to be travel-related.

The county also reported a seventh patient has recovered, which along with two deaths, leaves 13 active cases. Four of them are hospitalized outside the county and nine are in self-isolation.

Governor Greg Abbott is expected to give an update today on the coronavirus efforts going on Texas. That news conference is expected to start at 2 p.m.

Stocks jumped in markets around the world Monday after some of the hardest-hit areas offered sparks of hope that the worst of the coronavirus outbreak may be on the horizon.

A federal report finds 3 out of 4 U.S. hospitals surveyed are already treating patients with confirmed or suspected COVID-19. The report from the Health and Human Services inspector general's office is due out Monday. It finds hospitals across the nation expect to be overwhelmed as U.S. coronavirus cases rocket toward their anticipated peak by mid-April.

Evo Entertainment's drive-in movie theater in Schertz, Texas announced it is closing due to "shelter-in-place" restrictions. A Facebook post on the organization's website thanked staff and customers for their support.

Stay home when you are sick.

Eat and sleep separately from your family members

Use different utensils and dishes

Cover your cough or sneeze with your arm, not your hand.

If you use a tissue, throw it in the trash.

Avoid touching your eyes, nose, and mouth with unwashed hands.

If you are 60 or over and have an underlying health condition such as cardiovascular disease, diabetes or respiratory illnesses like asthma or COPD, the World Health Organization advises you to try to avoid crowds or places where you might interact with people who are sick.