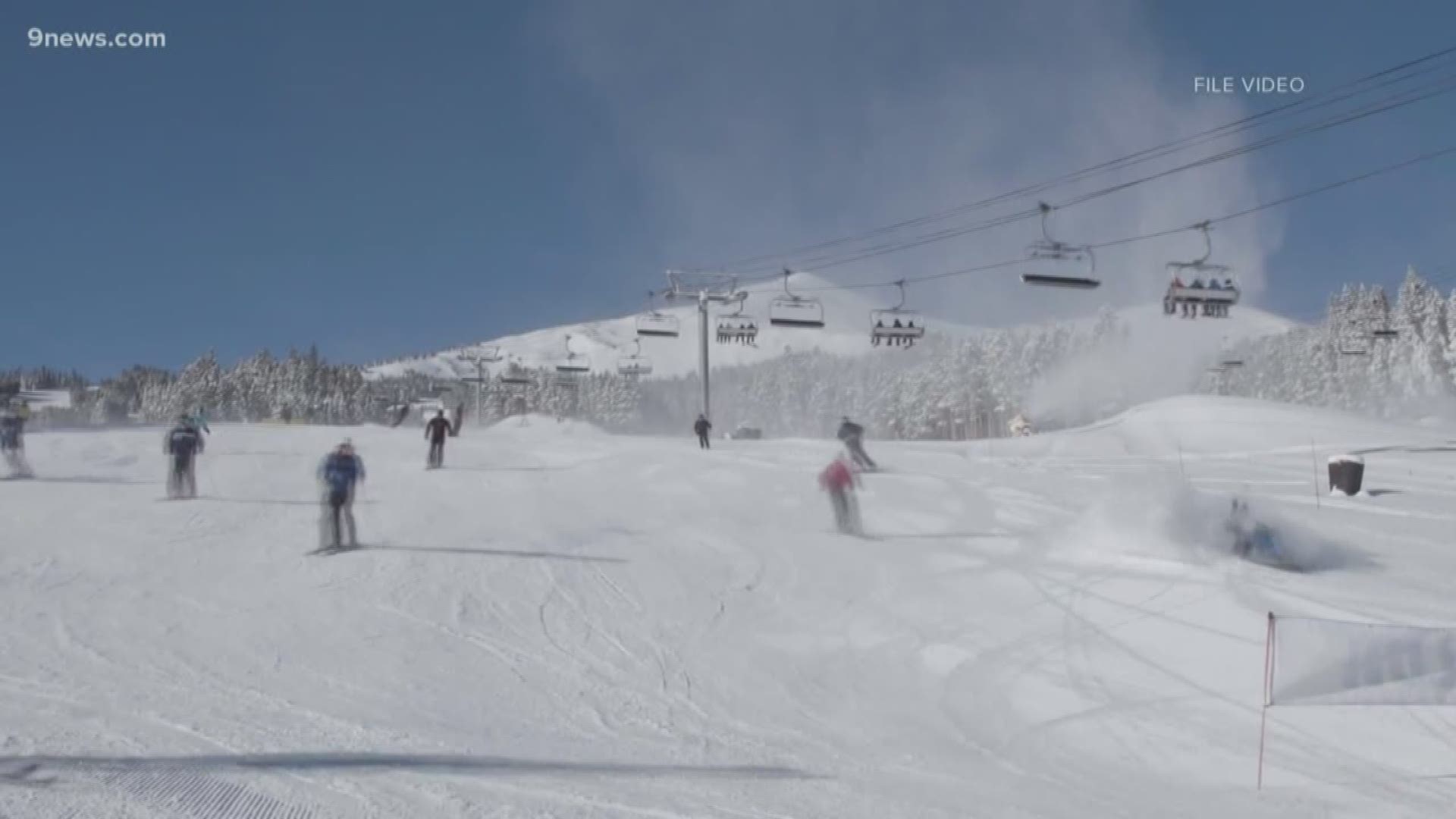 ASPEN, Colo. — Two members of a contingent of Australians that had COVID-19 left their Aspen hotel last week – where they had been in isolation – and went skiing for several hours, leading state health officials to consider legal action, 9Wants to Know has confirmed.

Ultimately, no action was taken – and the following day health officials lifted an order that the pair remain in their hotels and avoid contact with others.

The decision to go skiing came at a time when local and state health officials were repeatedly urging people to practice “social distancing” on a large scale in an effort to slow the spread of the virus that causes the illness – and while they were still under a health order to stay isolated.

Pitkin County Sheriff Joe DiSalvo confirmed the incident to 9Wants to Know on Tuesday – a move that led leaders at the Colorado Department of Public Health and Environment to seek legal advice from Colorado Attorney General Phil Weiser’s office. Consideration was given to seeking a court order to force the pair to remain in isolation.

During discussions, Weiser’s office consulted the local district attorney for Pitkin County before finally deciding not to go to court.

“I got a courtesy call from the AG’s office letting me know that they may be taking action – legal action – in our jurisdiction, in Pitkin County,” District Attorney Jeff Cheney told 9Wants to Know on Tuesday. “They just wanted to let me know they might be taking action to enforce an order.”

Lawrence Pacheco, Weiser’s spokesman, confirmed the office was in contact with officials in Pitkin County about the situation. He also released a statement from Weiser:

“The Office of the Attorney General will be working with the Colorado Department of Public Health and Environment and our state and local law enforcement agencies as enforcement issues arise. These orders are issued to protect the public health and safety of Coloradans, they are serious, and, when necessary and appropriate, we will be working together to use the full force of the law to ensure they are followed.”

News that the two Australians had apparently left isolation to go skiing was first reported by the Aspen Times.

Exact details of the incident have not been made public – health officials will not discuss any particular person’s illness and experience in detail.

What is known is that the plight of the visitors came to light after a woman in her 20s tested positive for the illness after visiting Aspen and then returning to Australia. Subsequently, 9 other Australians who had contact with her in Colorado tested positive and were ordered into isolation in Aspen. Several others with whom she had contact declined to be tested.

DiSalvo said two members of the party, who had been without symptoms for “four or five days,” left their hotel and went skiing for three hours on Friday. They did that despite an order that they remain in self-isolation.

The next day – after the decision had been made not to take legal action – the public health order was lifted and the Australians left Aspen, DiSalvo said.

“At the end of the day, it was uneventful – insensitive, but uneventful,” DiSalvo said.

Cheney said it was his belief that there was some confusion about the parameters of the health order.

That very day, even Gov. Jared Polis said skiing was safe – noting that people getting on lifts were allowed to ride only with people they were already in contact with. The next day, after further discussions, Polis ordered the ski lifts to shut down.

The move the AG’s office considered was a civil action, Cheney said. But a person violating a health order could also face criminal charges – something Cheney hoped would resonate with people thinking about ignoring an isolation or quarantine order.

Under Colorado law, it is illegal “for any person, association, or corporation and the officers thereof to … willfully violate, disobey, or disregard the provisions of the public health laws or the terms of any lawful notice, order, standard, or rule …”

“It’s not something honestly that comes up with great frequency,” Cheney said. “In fact, I have never prosecuted any action that relates to a public health order.”

The violation is a misdemeanor and can mean a fine and jail time up to two years in some circumstances.

Dr. Rachel Herlihy, the Colorado state epidemiologist, told reporters Tuesday that people who have tested positive for the disease need to stay isolated for at least seven days and aren’t cleared to leave isolation until they’ve been without a fever for at least 72 hours and have improving symptoms.

It is not clear when the people who went skiing were infected.

The state health department originally reported on March 8 that the woman who had returned to Australia had tested positive for the illness spreading around the globe.

In the following days, the department confirmed nine other Australians staying in Aspen had tested positive.

Regardless of those details, the top prosecutor in Pitkin County said he hoped the episode would serve as a lesson for others.

“It’s unprecedented,” Cheney said. “I think it’s a result of us being in unchartered waters, honestly. What’s happening is the leadership in government is trying to balance public health, public safety and honoring folks’ constitutional freedoms. Some of these things – they sort of – they have some friction, right, because freedoms might have to be curtailed to some extent because public health – the concern for public health – outweighs that.

“And that’s a very tricky, murky sort of a timeframe to be in.”

Contact 9NEWS reporter Kevin Vaughan with tips about this or any story: kevin.vaughan@9news.com or 303-871-1862.