Coronavirus by zip code: Where are the hot spots in San Antonio?

A new team is making its way around San Antonio to look at areas of concern -- in hopes others don't become hot spots. 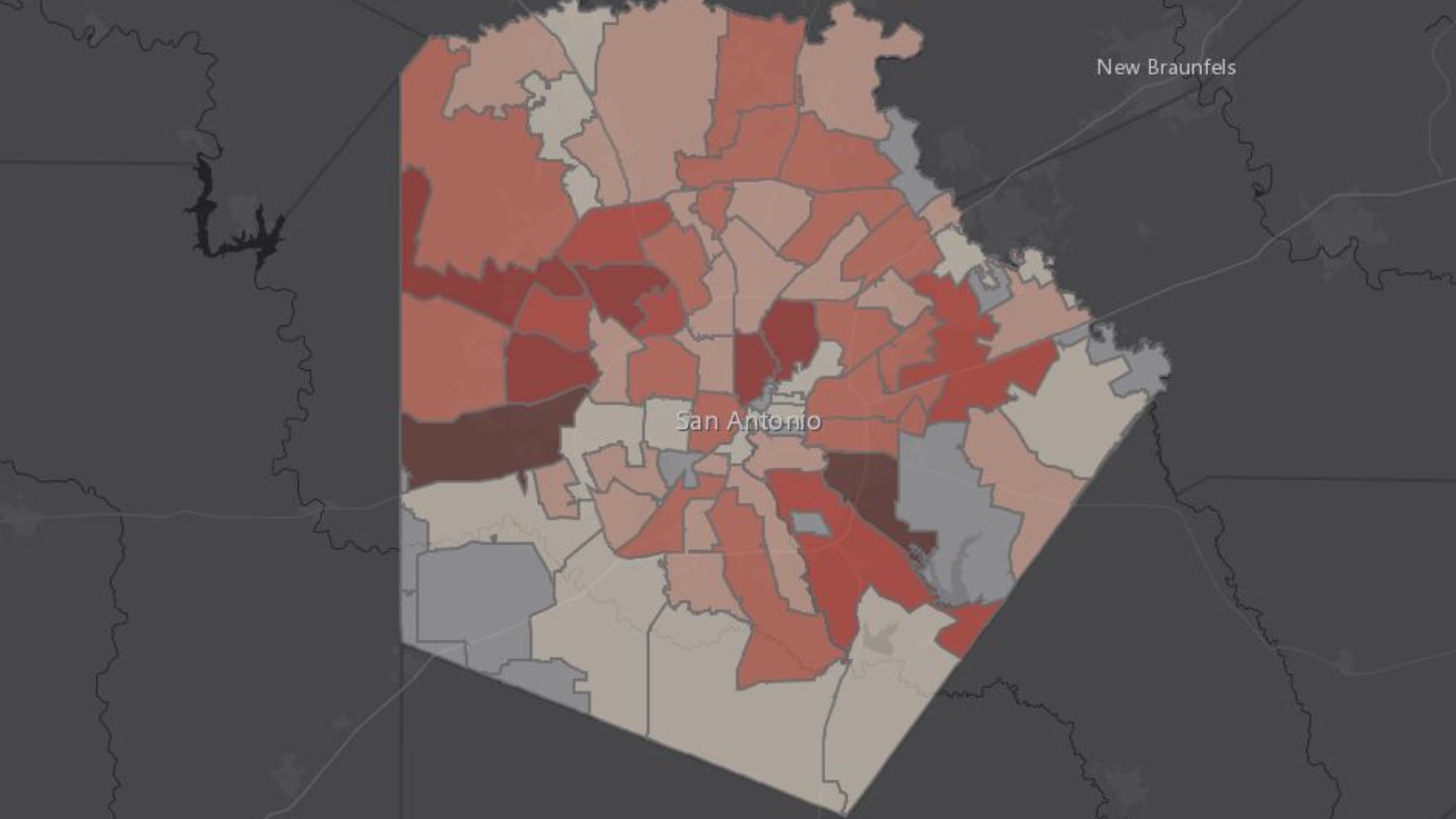 SAN ANTONIO — Amid the rising coronavirus outbreak, city officials have tasked a new team to look at areas of concern in hopes others don't become hot spots.

Derek Taylor is part of the Community Health & Prevention Team. The group was created by the city to fight against the coronavirus.

"What we are trying to do is spread information, and not spread the virus," Taylor said.

The team is making its way around San Antonio. The first stop was Alamo Heights.

"Their zip code had a high number of positive people," Taylor said.

The city has an interactive map showing the number of coronavirus cases per zip code. In two zip codes in Alamo Heights, there are up to 20 cases. Taylor doesn't know why the cases are so high in this particular area but said they want to make sure people know the best practices to stay safe.

"If positive people are still doing their normal business that's why it is spreading," he said.

The two hardest-hit zip codes with more than 21 cases are 78222 and 78245. For context, 78222 is home to San Antonio's largest outbreak. More than 70 positive cases alone are coming from the Southeast Nursing and Rehabilitation Center. As of the last update, ten people have died. As for 78245, it is on the far west side. According to the city, the number of positive cases from the evacuees at Lackland Air Force Base is included in this zip code.

This new team has changed its trajectory and is on the move to areas where residents may not have access to information. As of this week, the group was on the east side of San Antonio.

"They have higher risk of getting sicker," Taylor said. They don't have access to healthcare like a lot of other people."

The goal is to make sure these areas don't become hot spots. They're walking in these areas reminding people about safe practices like social distancing.

The team is going to businesses that are still open, and are making sure they're doing the right thing. The team is headed to the west-side of San Antonio next.