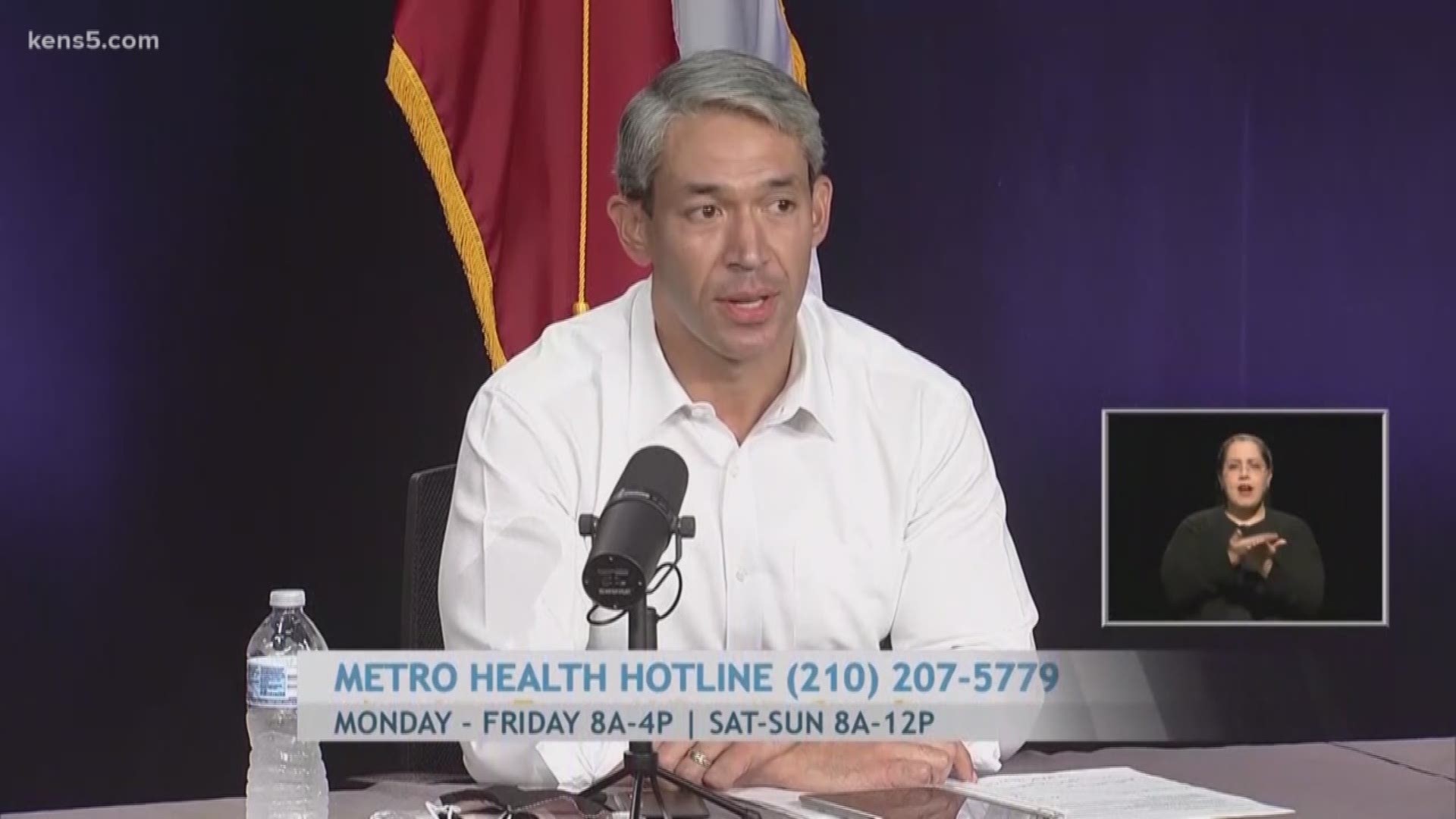 “The Mayor and I received a love letter from the Attorney General today criticizing the safety measures that we have put in place to save people’s lives here in San Antonio,” said Bexar County Judge Nelson Wolff in Tuesday night’s press briefing.

Paxton accuses city and county leaders of imposing orders that “are unlawful and can confuse law-abiding citizens.”

The letter including a scathing warning to change “unlawful and unenforceable requirements” in the orders that “include strict and unconstitutional demands.”

According to Paxton,  the city and county leaders have gone overboard imposing orders like mandating masks in public, limiting the number of people at religious services, and mandating a shelter in place.

“Unfortunately, a few Texas counties and cities seem to have confused recommendations with requirements and have grossly exceeded state law to impose their own will on private citizens and businesses,” Paxton said in a press release.

“I trust that local officials will act quickly to correct any orders that unlawfully conflict with Texas law and Governor Abbott’s Executive Orders,” Paxton said.

On Tuesday night, Mayor Ron Nirenberg and Judge Nelson Wolff fired back, pointing the finger at Paxton, accusing him of pulling a political stunt.

“The fact is, our orders have been in compliance with the Governor from day one,” said Nirenberg. “it doesn’t stop the A.G. from seeing a cheap political headline.”

Officials said the orders have always aligned with what Governor Greg Abbott has issued in his executive orders.

“There’s no confusion in terms of the essential elements of what’s there,” said San Antonio City Attorney, Andrew Segovia.

“Unless you’re in the Attorney General’s office,” Wolff responded.

City and county leaders said the measures in their orders are working and the proof is in the results.

"San Antonio has an outstanding record better than any other metropolitan area in saving lives," said Wolff.

“The data shows that the work that this community has done on physical distancing and other measures limiting activities, has saved thousands of lives already,” said Nirenberg.

Paxton even threatened officials with legal action if they don’t comply with his requests.

But, Nirenberg and Wolff are not backing down.

Nirenberg said the only reason they would revise their order would be based on science, not politics, saying he’d be relying guidance from what’s happening locally before making changes, not Paxton’s threats.

“It’s frustrating that a letter from the Attorney General, which is a political letter from a politician, is reported as fact," said Nirenberg.

Wolff said they’ll issue a response with a legal interpretation of what they’ve done in the order, adding that Paxton’s interpretation was a big mistake.

"We're not out to pick any fights," said Segovia.