The guidance, which was shelved, offered recommendations to help communities decide when to shut facilities down again during future flareups of COVID-19. 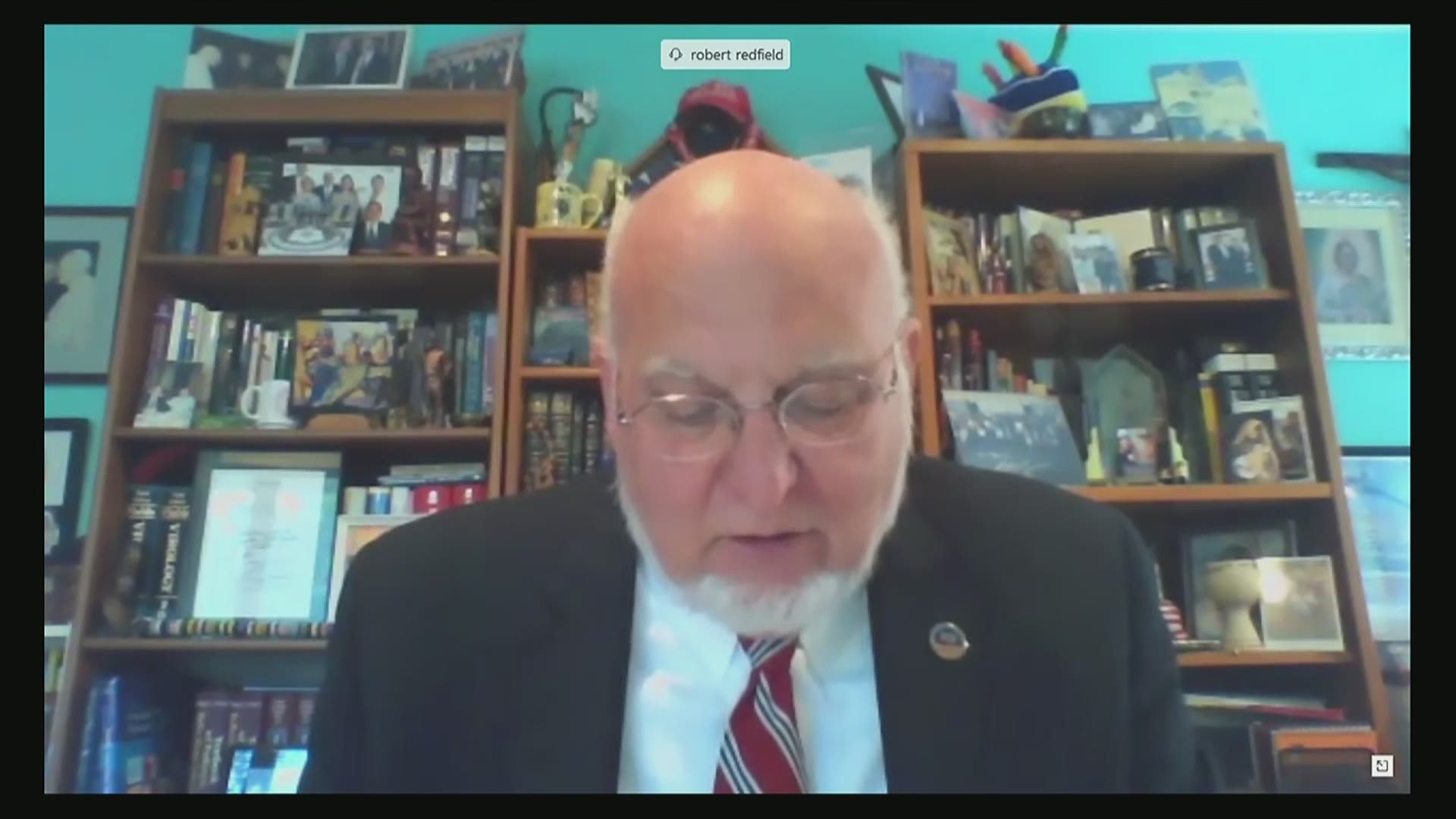 GAINESVILLE, Fla — Advice from the nation’s top disease control experts on how to safely reopen businesses and institutions in the midst of the coronavirus pandemic included detailed instructive guidance and some more restrictive measures than the plan released by the White House last month.

The guidance, which was shelved by Trump administration officials, also offered recommendations to help communities decide when to shut facilities down again during future flareups of COVID-19.

The Associated Press obtained a 63-page document that is more detailed than other, previously reported segments of the shelved guidance from the U.S. Centers for Disease Control and Prevention. It shows how the thinking of the CDC infection control experts differs from those in the White House managing the pandemic response.

The White House’s “Opening Up America Again” plan that was released April 17 included some of the CDC’s approach, but made clear that the onus for reopening decisions was solely on state governors and local officials.

By contrast, the organizational tool created by the CDC advocates for a coordinated national response to give community leaders step-by-step instructions to “help Americans re-enter civic life,” with the idea that there would be resurgences of the virus and lots of customization needed. The White House said last week that the document was a draft and not ready for release.

It contains the kinds of specifics that officials need to make informed decisions, some experts said.

"The White House is pushing for reopening but the truth of the matter is the White House has just not had a comprehensive plan where all the pieces fit. They’re doing it piecemeal,” said Dr. Georges Benjamin, executive director of the American Public Health Association.

Such detailed advice should have been available much earlier, said Stephen Morse, a Columbia University expert on the spread of diseases.

“Many different places are considering how to safely develop return-to-work procedures. Having more guidance on that earlier on might have been more reassuring to people. And it might have prevented some cases,” Morse said.

From the start, CDC staffers working on the guidance were uncomfortable tying it specifically to reopening and voiced their objections to the White House officials tasked with approving the guidance for release, according to a CDC official granted anonymity because they were not cleared to speak with the press.

The CDC's detailed guidance was eventually shelved by the administration April 30, according to internal government emails and CDC sources who were granted anonymity because they were not cleared to speak to the press. After The AP reported about the burying of the guidance last week, the White House asked the CDC to revive parts of it, which were sent back for approval, according to emails and interviews.

RELATED: African Americans are disproportionately dying from COVID-19. Here are states with the worst disparities

On Tuesday, CDC Director Robert Redfield testified before a U.S. Senate committee that the recommendations would be released “soon.” He provided no further details. Internal government emails show that Redfield had repeatedly sought White House approval for CDC's guidance, starting as early as April 10.

Both the CDC document and the White House's published plan recommend communities reopen in phases as local cases of coronavirus subside.

One of many differences, however, is advice for when communities should allow for the resumption of nonessential travel.

The shelved CDC guide advises communities to avoid all nonessential travel in phases of reopening until the last one, when cases are at the lowest levels. Even then, the CDC is cautious and advises only a “consideration” of the resumption of nonessential travel after 42 continuous days of declining cases of COVID-19.

The White House plan, by contrast, recommends that communities “minimize” travel in Phase 1, and that in Phase 2, after 28 consecutive days of decline, “Non-essential travel can resume.” 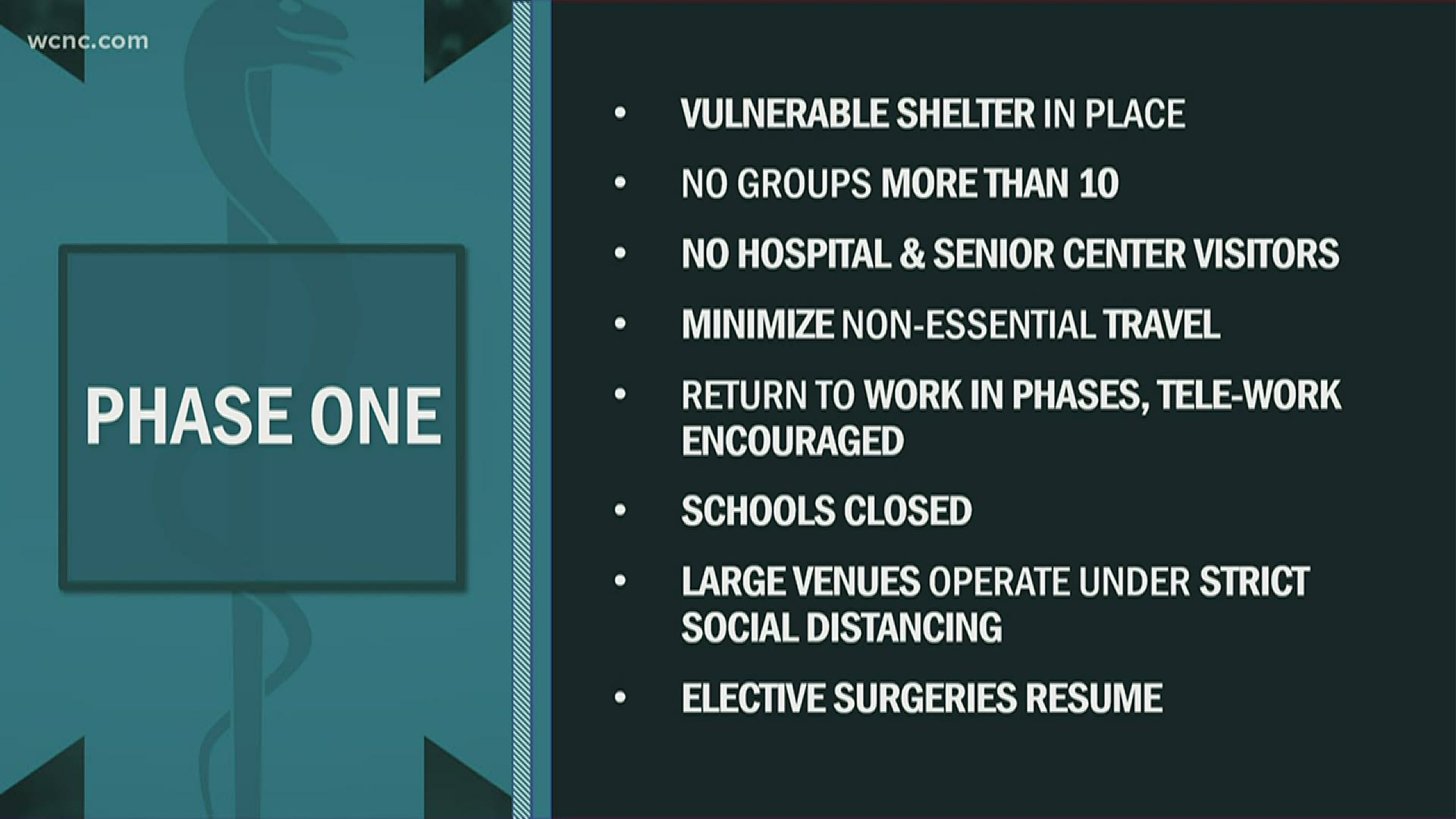 As of Tuesday, CDC’s web page on travel guidance during the pandemic still linked to the White House plan. The stricter guidance is not there.

Another stark difference in the final White House plan and that designed by epidemiologists at the CDC is the latter's acknowledgement that COVID-19 cases will likely surge after states reopen, and that local governments need to continuously monitor their communities closely.

The White House’s final reopening plan lacks guidance on how local communities can track information beyond positive cases. But the CDC document offers thoughts on how to plan for where case increases might occur more quickly, using demographic information. The CDC says local leaders could take special notice of the number of households with limited English literacy in an area, how many people live in poverty or have no health insurance coverage, and even what it calls areas of “civic strain” caused by the virus, such as places where many workers were sick or lost wages due to shutdowns.

The White House plan offers few such specifics and instead provides broad guidance, such as “Protect the health and safety of workers in critical industries," and advises states to “protect the most vulnerable” by developing “appropriate policies.”

On Tuesday, Dr. Anthony Fauci, the nation’s top infectious disease expert, warned that lifting stay-at-home orders too quickly could lead to serious consequences, both in deaths and economic hardship. President Donald Trump, meanwhile, has continued to push states to act to right a free-falling economy.

The CDC’s guidelines stress the dangers of states and regions going it alone in such perilous times. The agency advises a national approach, rather than a patchwork, because policies in one state will in time affect others.