Marco Gonzales, 49, is being remembered after another agent was honored Saturday. He is the second agent from the Del Rio Sector who died after testing positive. 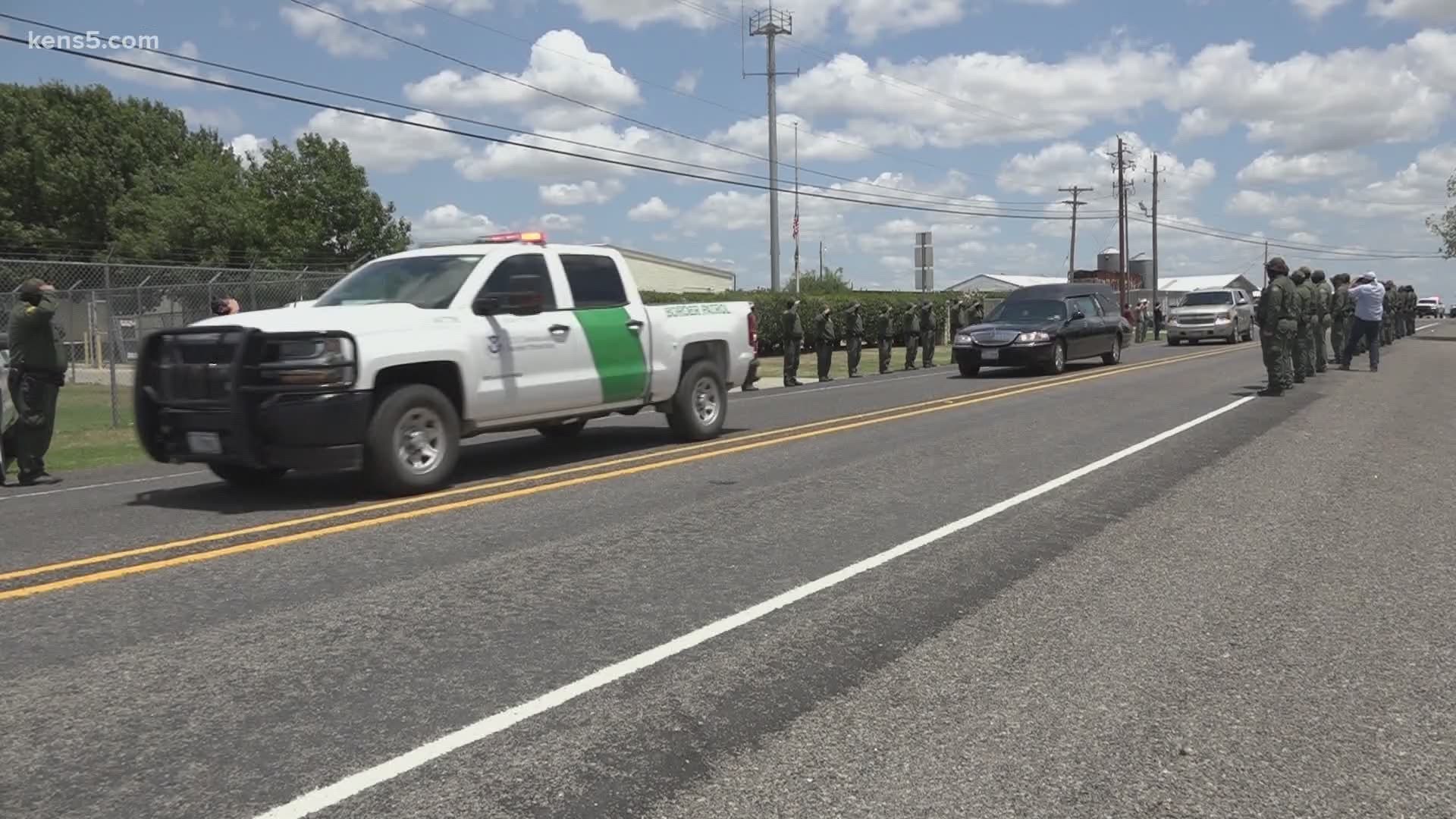 DEL RIO, Texas — A procession to remember a Border Patrol Agent who died began in San Antonio Thursday morning - going all the way to the agent's final resting place in Del Rio.

The fallen officer, Marco Gonzales, 49, was saluted and honored at stops along the way in Castroville, Hondo, Uvalde and Brackettville. He is the second agent to die in the Del Rio Sector from coronavirus complications. Agustin Aguilar, Jr. died in July and was laid to rest on Saturday.

Gonzales, who was born in Del Rio, passed away Wednesday in San Antonio. He would have turned 50 in October.

The procession honoring Gonzales began out of Alamo Funeral Chapels in downtown San Antonio and continued on Highway 90 West.

A visitation will be held on Tuesday, August 11 from 5 to 9 p.m. in the Trinity Chapel of Faith in Del Rio. A Holy Rosary will begin at 7 p.m.

Gonzales' funeral will be held on Wednesday, August 12 at Sacred Heart Catholic Parish, with his burial at Sunset Cemetery. More details can be found in his obituary.

In a news conference Thursday, Customs & Border Patrol Commissioner Mark Morgan said 10 members of the CBP's workforce have died from COVID-related complications. It is not known if Gonzales' death was included in that total.