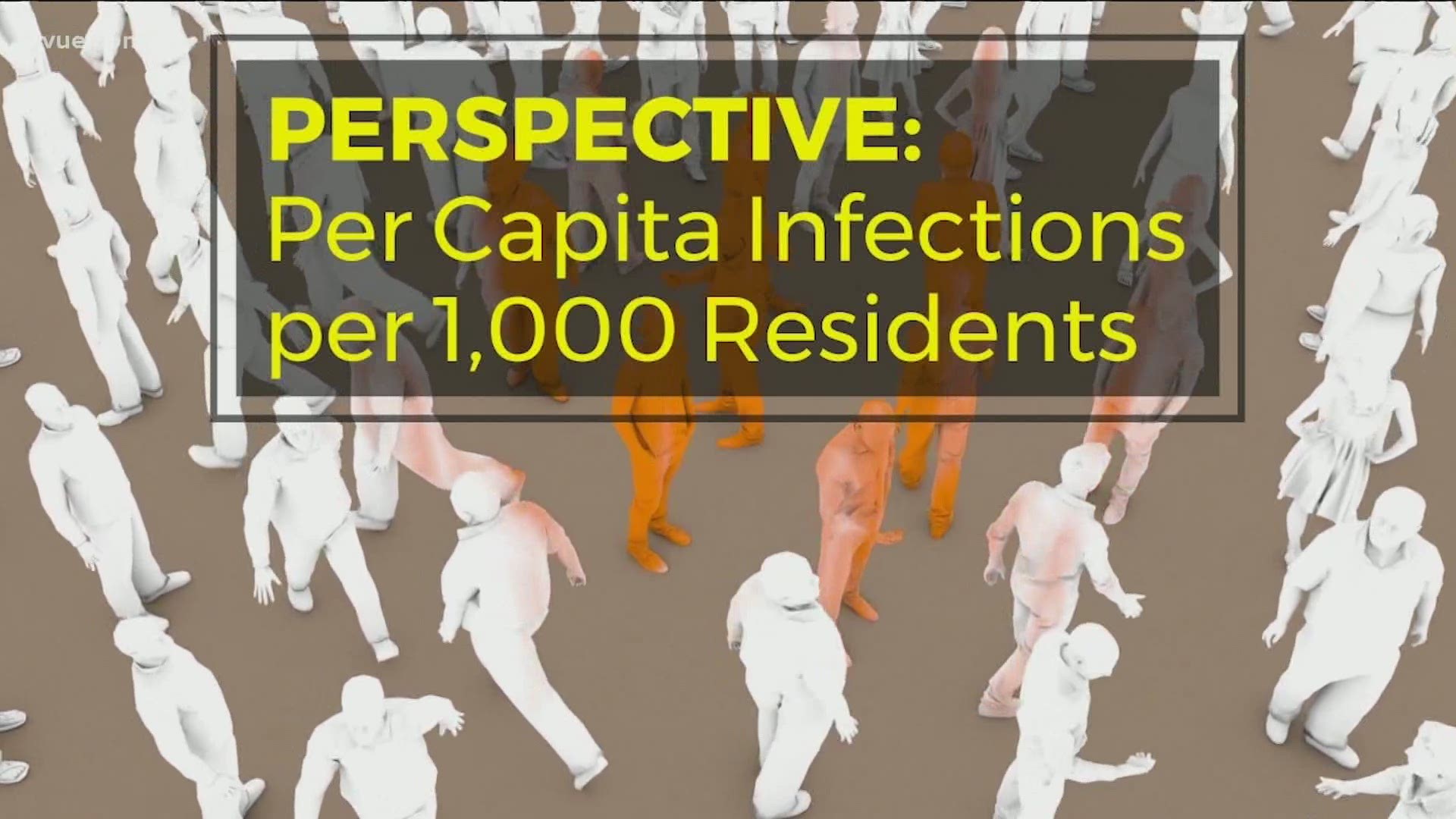 AUSTIN, Texas — For the first time since the coronavirus outbreak began in Texas, the number of staffed hospital beds in the state has fallen below 20%. According to data from the Texas Department of State Health Services, approximately 19% of the hospital beds remained available as of Thursday. Of the 58,002 staffed beds, 11,296 were available for patients.

A KVUE analysis of state health department data shows hospitalizations across Texas have increased 137% over the past 14 days, based on a rolling average.

Health department data also shows a strong uptick in confirmed coronavirus cases in Hays and Caldwell Counties. KVUE examined case data from June 9 and compared it with data for July 8 and found that in a 30-day period, Hays and Caldwell County cases skyrocketed. While testing was up in those counties, the percentage of new cases outpaced the percentage rise in testing.

Starbucks to require all customers to wear face masks