On KVUE Daybreak, Mayor Steve Adler talked about what should have been done differently when it came to reopening the state. 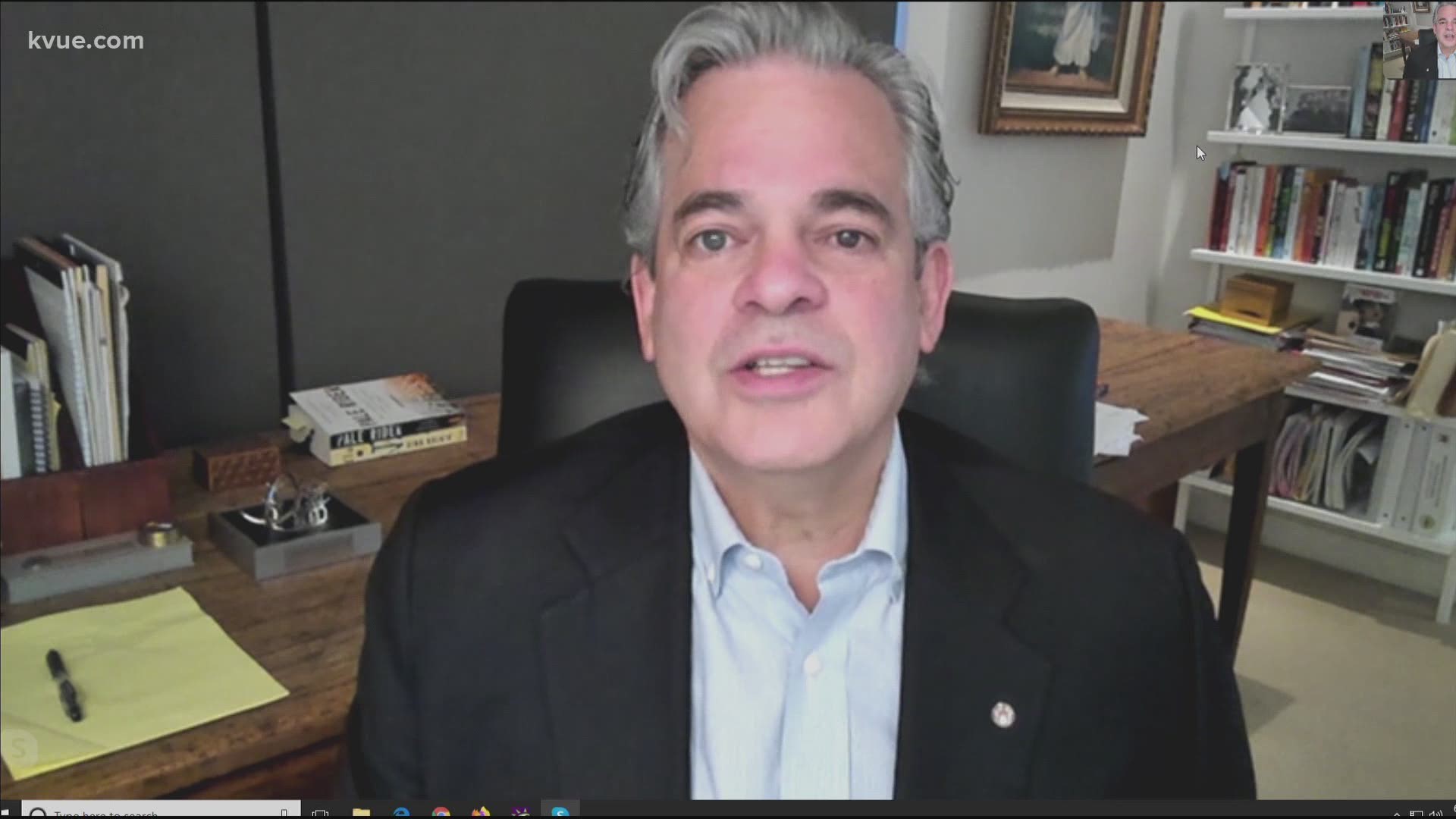 AUSTIN, Texas — After the state saw a spike in COVID-19 cases and hospitalizations statewide, Gov. Greg Abbott made the decision to close all Texas bars again, and reduce capacity at restaurants to 50%. The governor said, in hindsight, he should have delayed opening bars.

The average number of cases reported daily in Texas is up 152%. Austin health leaders said last week the city saw the highest rate of positive coronavirus tests than any other metro area in the nation.

RELATED: COVID-19 in Austin: Mayor Adler says now is the 'most important time' to take every precaution

During an interview on KVUE Daybreak June 29, Austin Mayor Steve Adler talked about the increase in cases locally and statewide. He said there are three things he thinks should have been done differently as the state reopened.

"First is we shouldn't have launched the reopening until we had testing and tracing in a better place and a greater capacity built out, and we should have watched the gating requirements that we had set with respect to hiring a certain number of days with a downward trend before we did it. So, we started too soon," Mayor Adler told KVUE's Yvonne Nava.

The mayor explained reopening the state in phases was a good idea, but some phases started too soon.

"When we started opening the economy in phases, which I think is good, we went from one phase to the next phase too quickly without actually looking at the results and the data of each phase before we moved on to the next phase," Adler said. "And then the third one, which I think is most important, is we didn't realize as a state and as a country that you can't reopen the economy unless people are willing to wear masks and social distance. You just can't do it until there's a vaccine. We're going to be wearing masks and social distancing. So, we tried to open up the economy the way that we used to live in the economy before and that will not work."