As other Texas counties hire professionals to clean their jails of COVID-19, Bexar County leaves it to the inmates and jailers.

Bexar County Sheriff Javier Salazar said his agency has been inundated with proposals, many of which he said are "gimmicky." 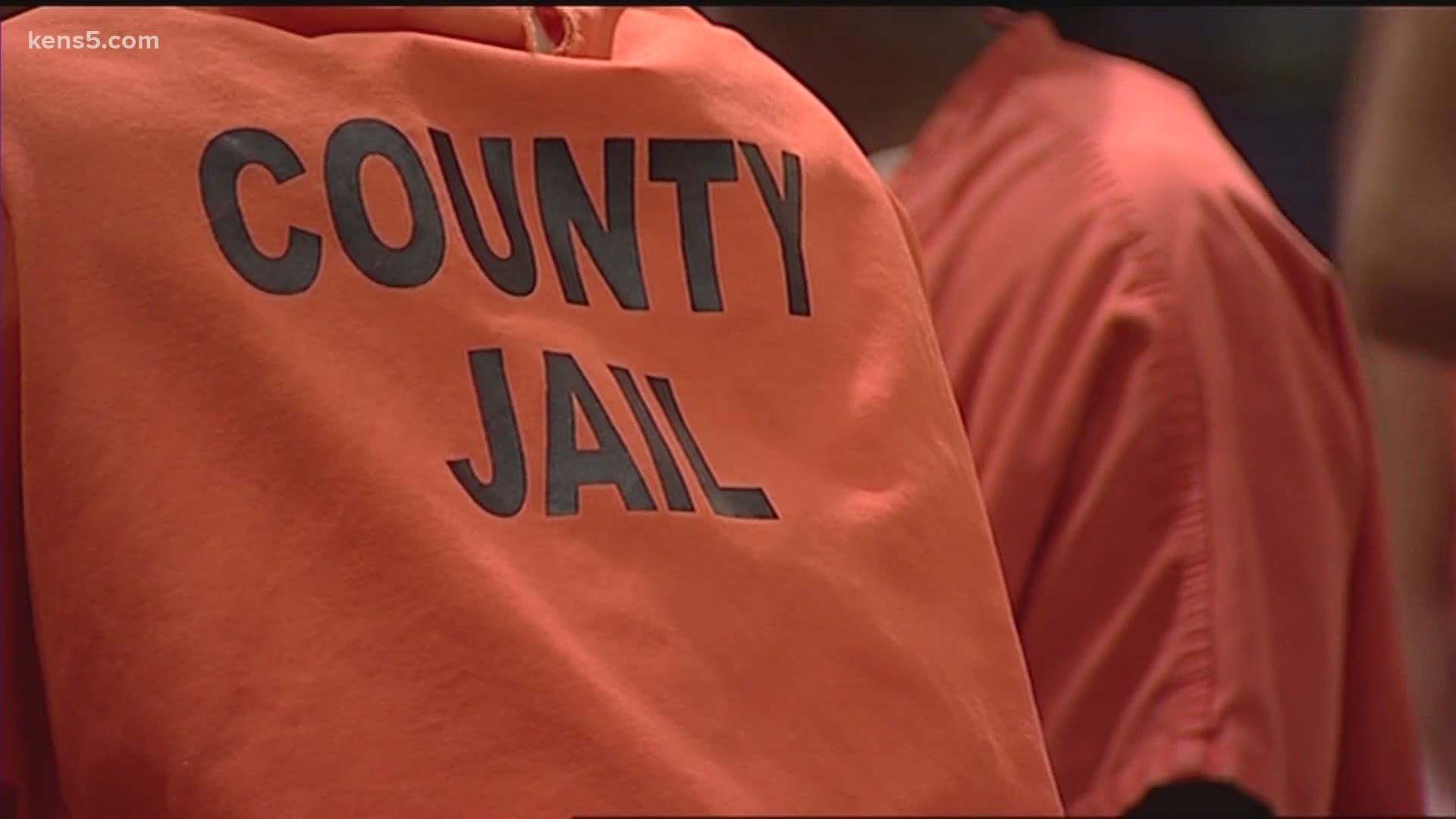 SAN ANTONIO — As other Texas counties including Travis and Dallas call in professional cleaning crews to sanitize their jails and other facilities of the novel coronavirus, the Bexar County Sheriff's Office is leaving the job to inmates and reserve deputies, the sheriff confirmed Wednesday.

“I think we’re doing great with what we’ve got going on,” Bexar County Sheriff Javier Salazar said of the sanitizing process at the jail. "It's showing results. We are on the on the on the downward slide."

Salazar said "inmates, trustees and in some instances temporary jailers" sanitize the jail daily with a peroxide-based cleanser.

Bexar County Deputy Sheriff's Association president Jeremy Payne disagrees with the protocol. In a letter sent in early May, Payne told the sheriff that hiring professional cleaners to sanitize the jail would bring deputies peace of mind.

The Bexar County Jail accounts for more than 15% of the total number of coronavirus cases in the county. Though, the sheriff said the number of positive cases at the jail appears to be on the decline.

"I can only speak to what we're doing here," Salazar said Wednesday. "What we are doing here that's different than in others is we're testing 100% of our inmates and 100% of our deputies, so our numbers are a bit higher than most. But again, I think we've got a more complete picture than what than what other jails are doing."

Salazar said he's received numerous pitches from companies claiming to be able to clean the jail or mitigate the spread of the virus, but he said many of them are "gimmicky."

Among the many proposals, Salazar said, was a mouth rinse which the seller claimed could reduce the likelihood of deputies contracting the virus. He described a sanitizing mist deputies could walk through as another proposal received by his agency.

He said, so far, no one has come to him with data or evidence that the professional cleaning proposals could work better than what is currently in place at the jail.

"There's no proof that the cleaning crew itself is not going to either bring in the illness itself or smuggle something in, which does happen, by the way. Or smuggle something out, which does happen, by the way," Salazar said, adding that the chemicals used in the sanitizing proposals may be more harmful than the virus. "Now, suddenly, that bargain price of $80,000 isn't such a bargain."

To date, one Bexar County Sheriff's Deputy and one inmate have died from complications from COVID-19.

"We intend to reach out to County Commissioners to try and get these issues resolved," Payne said in an email to members of the association. "We are confident that they will see that there is no better use of public funds than to save lives and prevent the further spread of this terrible virus."

On Tuesday, County Judge Nelson Wolff said he wasn't sure what more could be done beyond what's currently in place.

RELATED: BCSO: There's an 'uptick' in crimes with guns in broad daylight

RELATED: 'An additional burden': Judge Wolff says 216 jail inmates are ready to transfer to prisons, but the state still won't take them

RELATED: BCSO will test all inmates and employees for coronavirus, per Sheriff Salazar