Customers have enjoyed fajitas and margaritas for pick-up while struggling restaurants tried to make up for lost revenue. 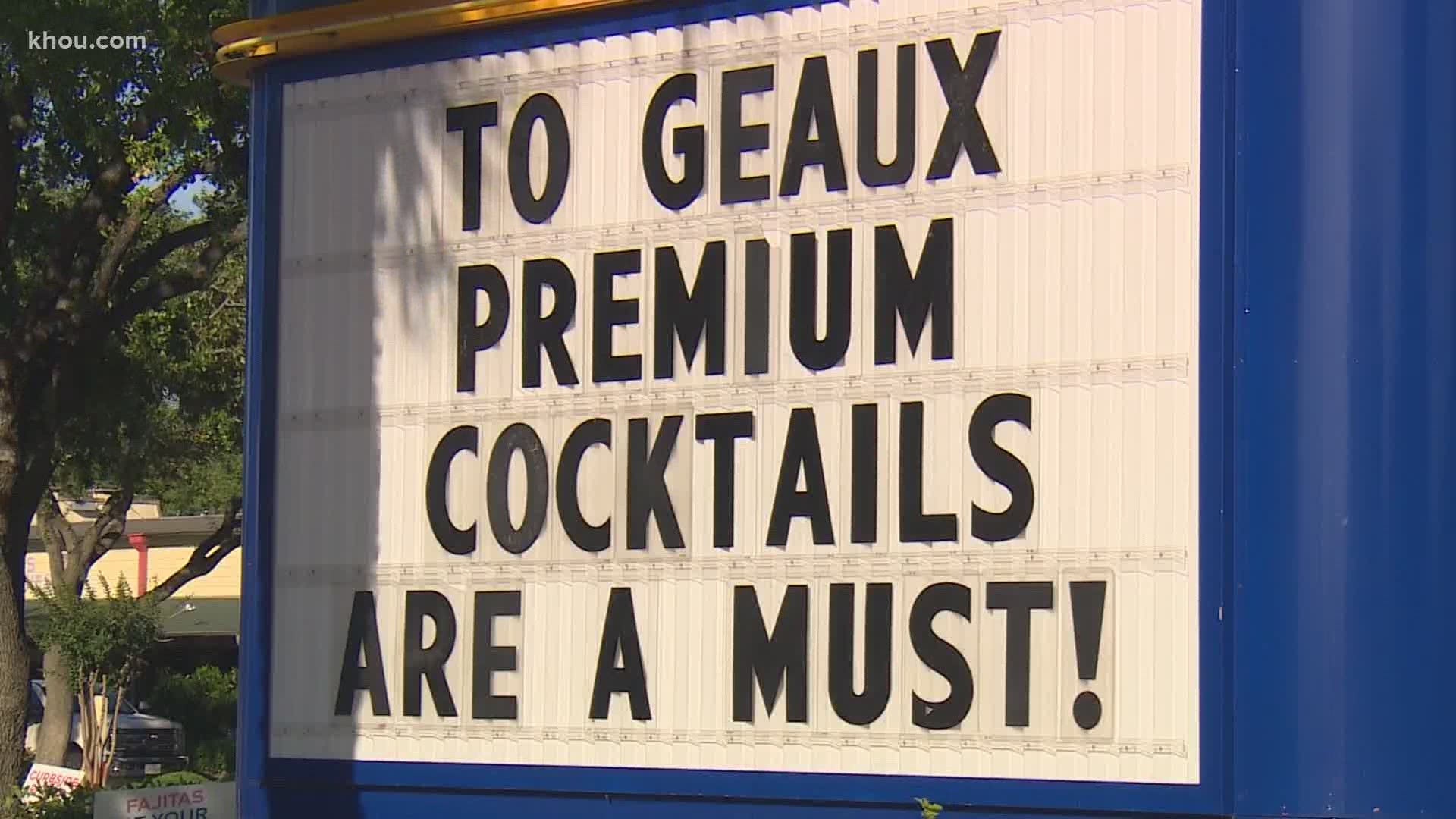 HOUSTON — Alcohol-to-go is one step closer to becoming allowed by Texas state law.

Gov. Greg Abbott permitted the service for the first time at the start of the pandemic with the intention of helping struggling restaurants forced to close dine-in service.

Houston's restaurants have had to fight to survive for almost a year. Many of them didn’t make it and thousands of workers have lost their jobs.

"It was devastating," says Keisa Robinson, the general manager of Phil and Derek's Restaurant & Jazz Lounge. "I was more worried about my staff than anything else. A lot of people have families to take care of and this is their money ... their bread and butter.”

Robinson says at Phil and Derek's they’ve had to adapt.

"We actually have a new deck that’s spread out. People love it," Robinson said. "(We've had to) block off some tables ... make sure everyone’s wearing their mask.”

In addition to restrictions, Abbott gave restaurants something else; an option intended to ease the financial pain of the rollbacks: alcohol to go.

In March, for the very first time, Texans could pick up their fajitas and margaritas to go.

The service became a favorite for customers not comfortable with indoor dining, as well as restaurant owners, who watched as their businesses were crushed by the crisis.

The governor said he wanted alcohol-to-go to continue even after the virus is gone.

"As long as it’s not going to let people get in accidents and it’s safe, I’m for it," Robinson said.

Robinson says Phil and Derek's has been one of the very few lucky ones. They haven’t seen a catastrophic drop in revenue.

Robinson says permanent alcohol-to-go service is a great idea for her friends in the business who are still struggling.

"Anything will help," Robinson said.