The trainee was one of 600 that arrived on March 18. JBSA leaders say preparations ensured that virus exposure was minimal. 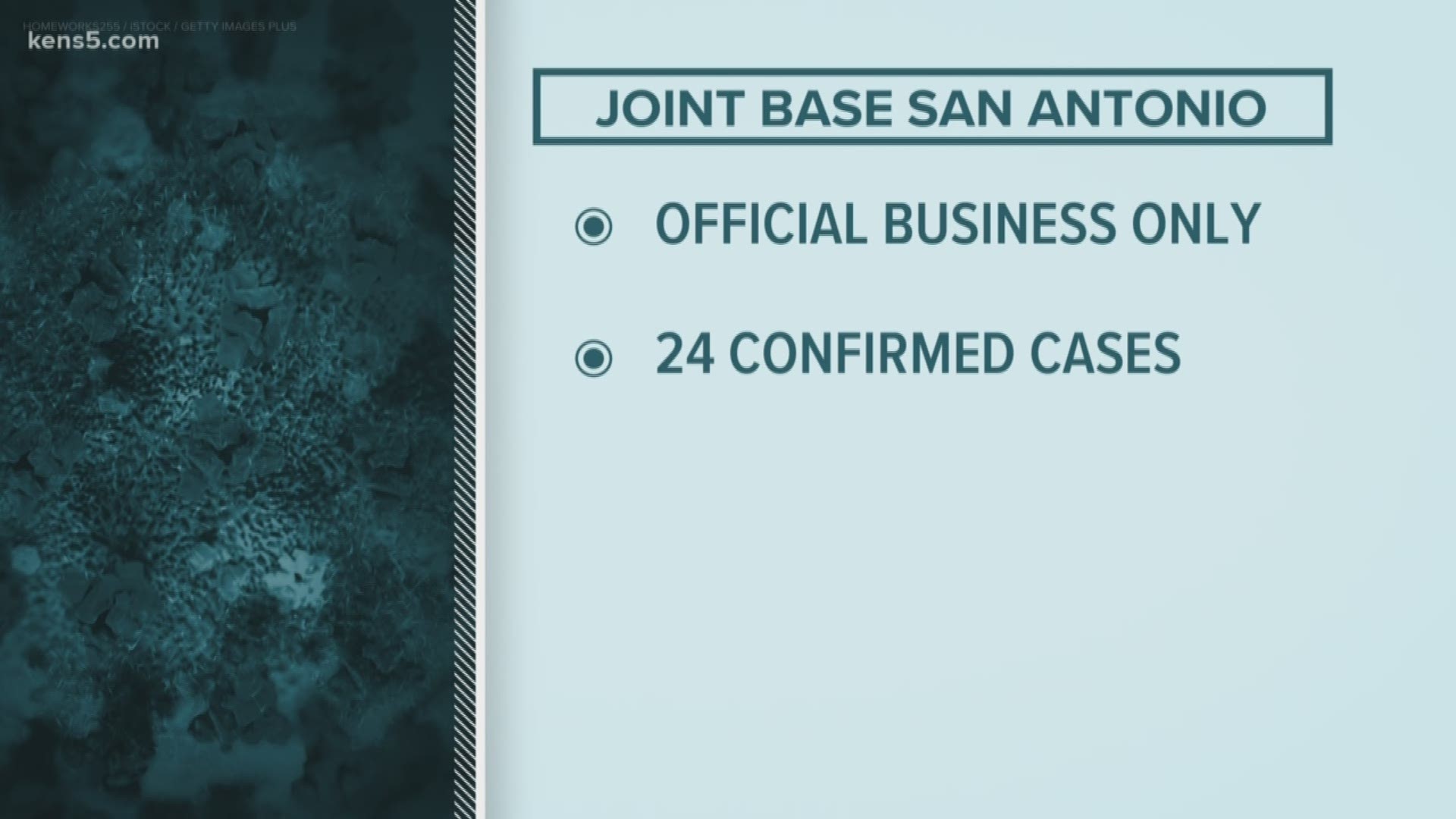 SAN ANTONIO — A basic military trainee at Joint Base San Antonio has been isolated after officials say they tested positive for the novel coronavirus, or COVID-19.

A press release states the affected individual arrived at JBSA-Lackland on March 18  – one of 600 new trainees arriving that day  – and began to show symptoms after being placed in what JBSA leaders called a precautionary "restriction of movement" status, along with 40 other military trainees.

"The confirmed positive trainee is receiving medical treatment and will remain in isolation until the virus is gone," the release from JBSA states.

Meanwhile, the 40 other trainees are now under quarantine at the most "geographically-separated training facilities" on the base, and kept physically away from other trainees who had already been at JBSA.

Officials are quoted in the release as saying that preparations made amid the ongoing coronavirus situation "allowed for limited exposure" of COVID-19 within the base.

"We take preparing for worst-case scenarios seriously, and that planning has paid off," Lt. Gen. Brad Webb is quoted as saying in the release.

BSA community, as of Wednesday evening. That figure does not overlap with the 84 confirmed cases elsewhere in Bexar County.

Local health officials say there have been three coronavirus-related deaths in the county as of 7 p.m. Wednesday.

RELATED: An inside look at the epicenter of our local response to combat coronavirus