How COVID-19 affects the brain

UT Health San Antonio researchers are working with the Alzheimer's Association to examine links between the coronavirus and one of our most important organs. 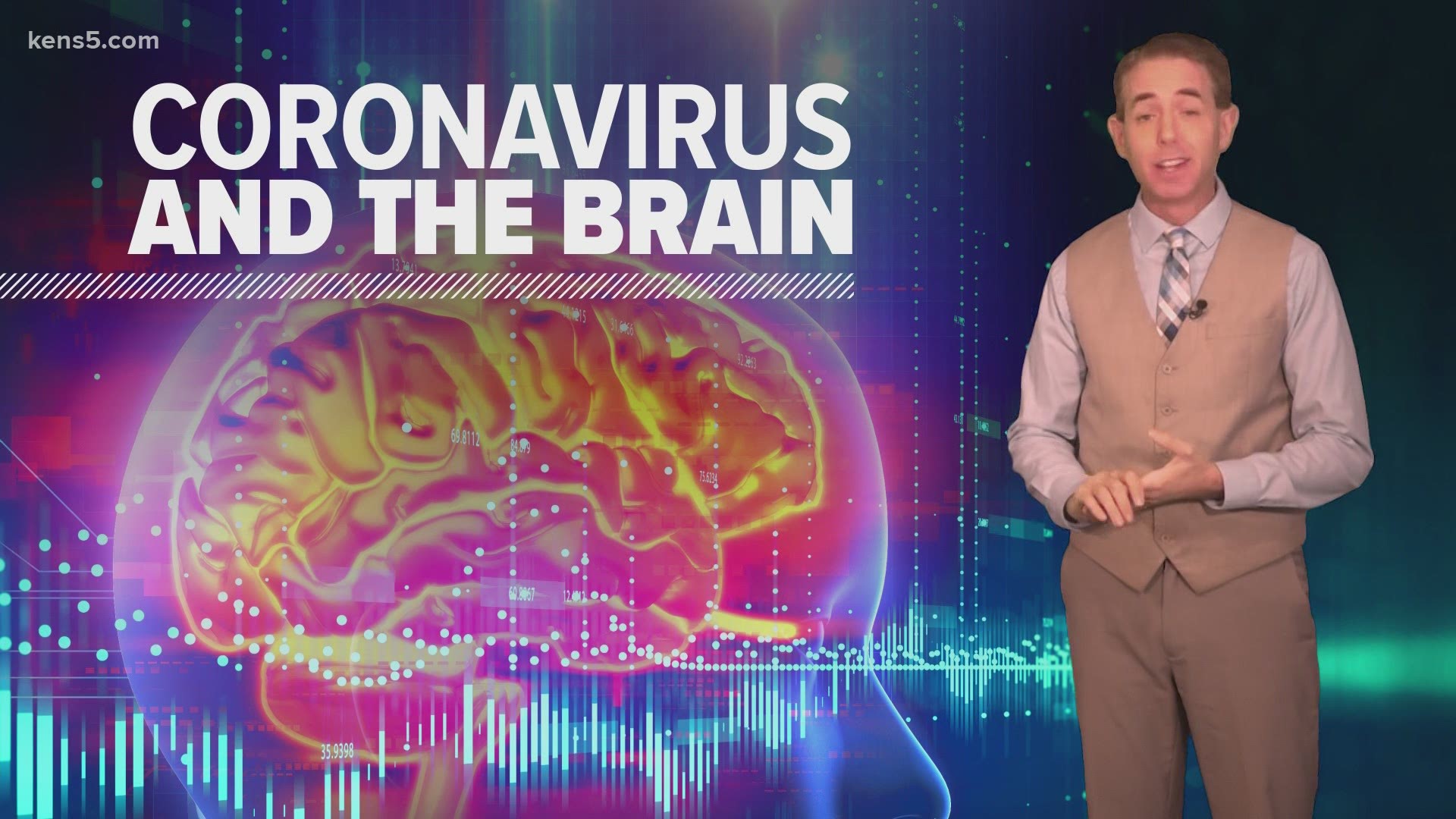 SAN ANTONIO — A new global study involving San Antonio researchers is examining how the novel coronavirus affects the brain. Those researchers are working with scientists and doctors from around the world to find out what long-term effects survivors might have to contend with.

An international consortium funded by the Alzheimer's Association will study the effects on the brain and nervous system. UT Health San Antonio dementia researchers were the first to be a part of the upcoming studies.

Dr. Gabriel de Erausquin, of UT Health San Antonio told us, said he helped to coordinate the effort, which involves participants from 30 countries.

The goal: to find out if so-called "brain fog"  – or a lack of memory or mental clarity – that so many people report during or while recovering from the virus affects the brain in the long term.

"How that may affect their brain their function, their memory," said Dr. Heather Snyder, vice president of medical and scientific relations with the Alzheimer's Association. "(And how) they are thinking months and years after; (that) is still an open question and something we don't know yet."

UT Health SA researchers say intranasal administration of the virus in mice shows rapid invasion of the brain, and it even lingers in the organ after death. Lesions in the brain and abnormal brain changes have emerged from all parts of the world. Abnormal brain images have even been observed in infected patients whose only symptom was loss of smell.

The coronavirus enters cells via receptors called ACE2. The highest concentration of those receptors is in the olfactory bulb, the brain structure involved in the sense of smell. That's why the infected lose sense of smell.

The olfactory bulb connects with the hippocampus, the brain structure primarily-responsible for short-term memory.

"We see a breakdown of something called the blood brain barrier, which is that protective barrier that keeps the bad stuff out of our brain," Snyder said. "When that breaks down, that may also mean the inflammation response we are having is able to get into our brain and may have other downstream effects."

"We foresaw this might be a problem precisely because the virus caused early on signs of affinity or ability to affect the brain," Erausquin added.

To find out more about clinical trials with the Alzheimer's Association, click here.

If you are a caregiver, you can find resources from the Alzheimer's Association here.