On Friday, firefighter Scott Deem will be laid to rest. With the loss weighing heavily on San Antonians, the medical training of first responders is at the forefront. 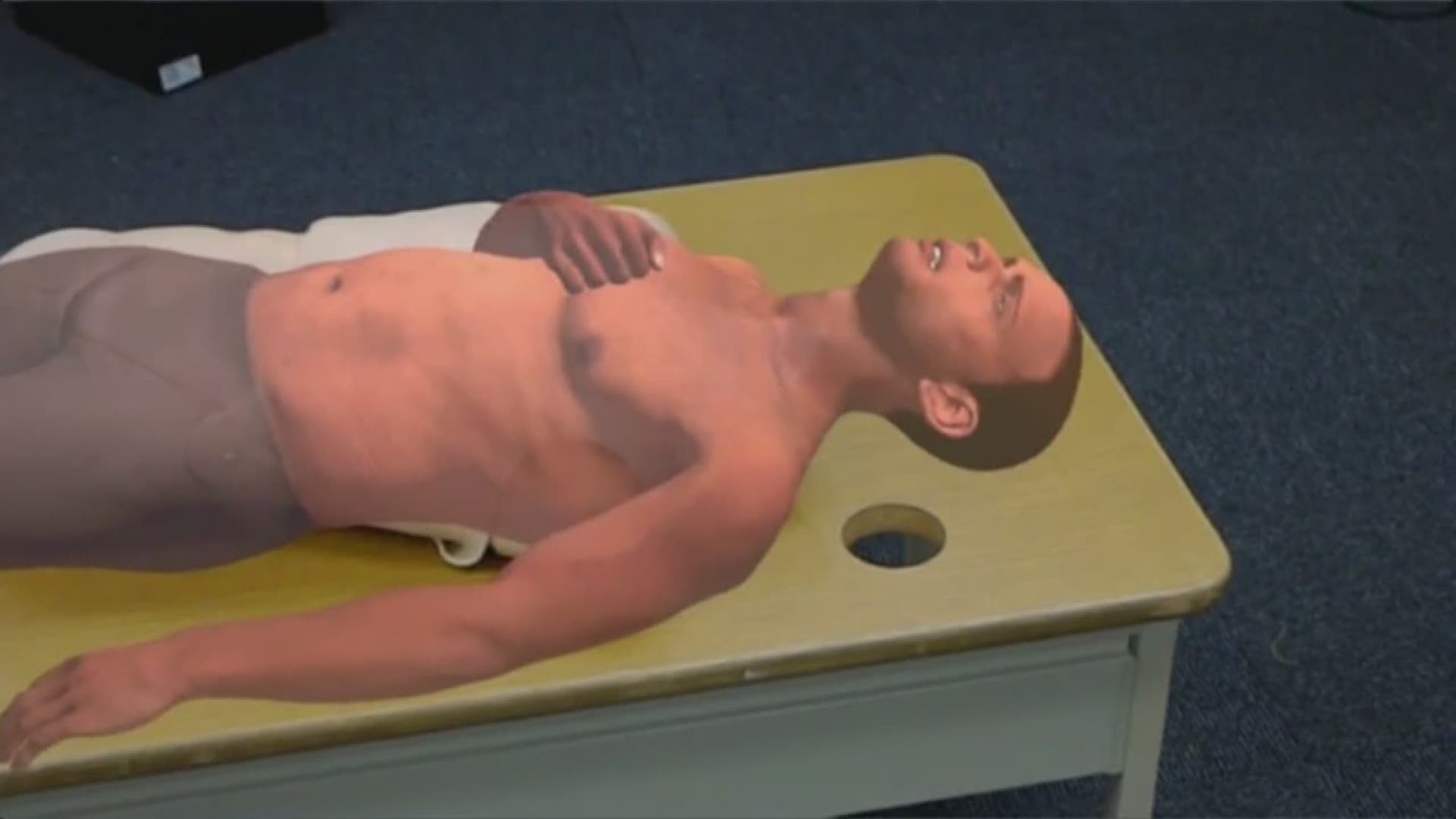 On Friday, firefighter Scott Deem will be laid to rest. With the loss weighing heavily on San Antonians, the medical training of first responders is at the forefront.

At UTSA, a pair of doctors is just months away from making breakthrough training available.

The company Medcognition and the project is a collaboration between Emergency Physician Dr. Kevin King and Associcate Professor of Computer Science Dr. John Quarles.

"What we have is a computer with display screens kind of mounted on a headband with glasses, so you would wear it on your head kind of like a cross between goggles and a hat," Medcognition CEO Dr. Kevin King said.

"We interviewed a bunch of first responder trainers and we got a better idea of the kind of needs that they had," added Medcognition CTO Dr. John Quarles, who stressed the device's portability. "You can take it to Dillard's, you can put in the back of an ambulance, you can use it at a fire station, or whatever you want to do."

The system consists of goggles, an iPad, and a dummy, which collectively weighs about 20 pounds.

The developers said that It also had to be realistic to be effective.

"We can actually take our simulator, put it in the back of an ambulance, put the paramedic in the back with the instructor, run through a bunch of scenarios while we drive around the block," Dr. King said.

"Normally, the instructor would say, 'Imagine this guy is turning a shade of blue.' But with PerSim, you don't have to imagine it anymore. It's right there," Dr. Quarles explained.

They'll be signing up initial customers for this system this summer. For more information, check out their officials website at medcognition.com.