Battling Alzheimer's in the Alamo City

Alzheimer’s is a deadly disease that could threaten nearly 15 million people. Thankfully, researchers in San Antonio are at the forefront of battling the disease. 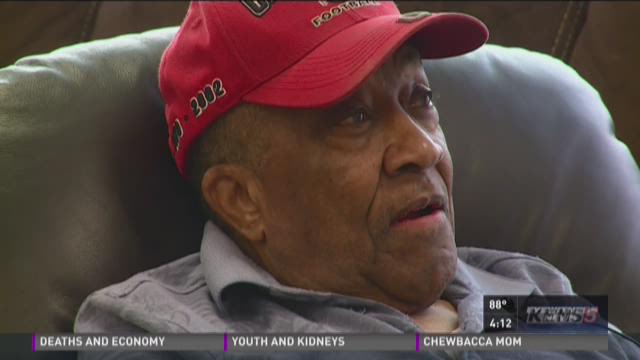 Alzheimer’s is a deadly disease that could threaten nearly 15 million people. Thankfully, researchers in San Antonio are at the forefront of battling the disease.

Every two weeks, Charles Smith goes to the Clinical Trials of Texas and is hooked up to an I.V., hoping that he will help make history.

"I noticed I was putting things down and forgetting," Smith said.

Smith was diagnosed with Alzheimer's more than a year ago, the most common type of dementia.

"I know at one time I'm going to pass and die one day,” Smith said. “This might keep me going for more years than if I didn't know about the program.”

"Now the approach is instead of treating it, let’s try to prevent it," said Dr. Harry Croft, leading the studies.

That work is happening now in the medical center, where Smith is a part of a study testing medicine that will hopefully stop the disease before it leaves its worst imprint.

"I know this is a tough thing to go through," Smith said.

By 2050, the CDC predicts the number of Alzheimer's cases will triple from 5 million to 14 million.

Dr. Croft said that, with an aging baby boomer population, Alzheimer's is set to become the most expensive disease, exceeding cancer, AIDS and heart disease. It's why he's asking people 50 and older, both healthy and battling Alzheimer's, to participate in his studies.

The testing includes a memory screening, and if necessary a PET scan, that can detect a deposition of an abnormal protein that happens 10 to 20 years before the memory becomes impaired.

All the testing would be free when it would usually costs thousands.

Dr. Croft hopes that the research will reverse the lasting impacts of a disease hurting families.

"Hopefully I will be the guy who can cure Alzheimer's," Smith said.