'When you meet them, you're hooked' | 76-year-old saves countless lives by donating 130 gallons of blood

Ron White has been donating blood every two weeks for decades, inspired by his uncle who once told him that he saved lives by donating blood. 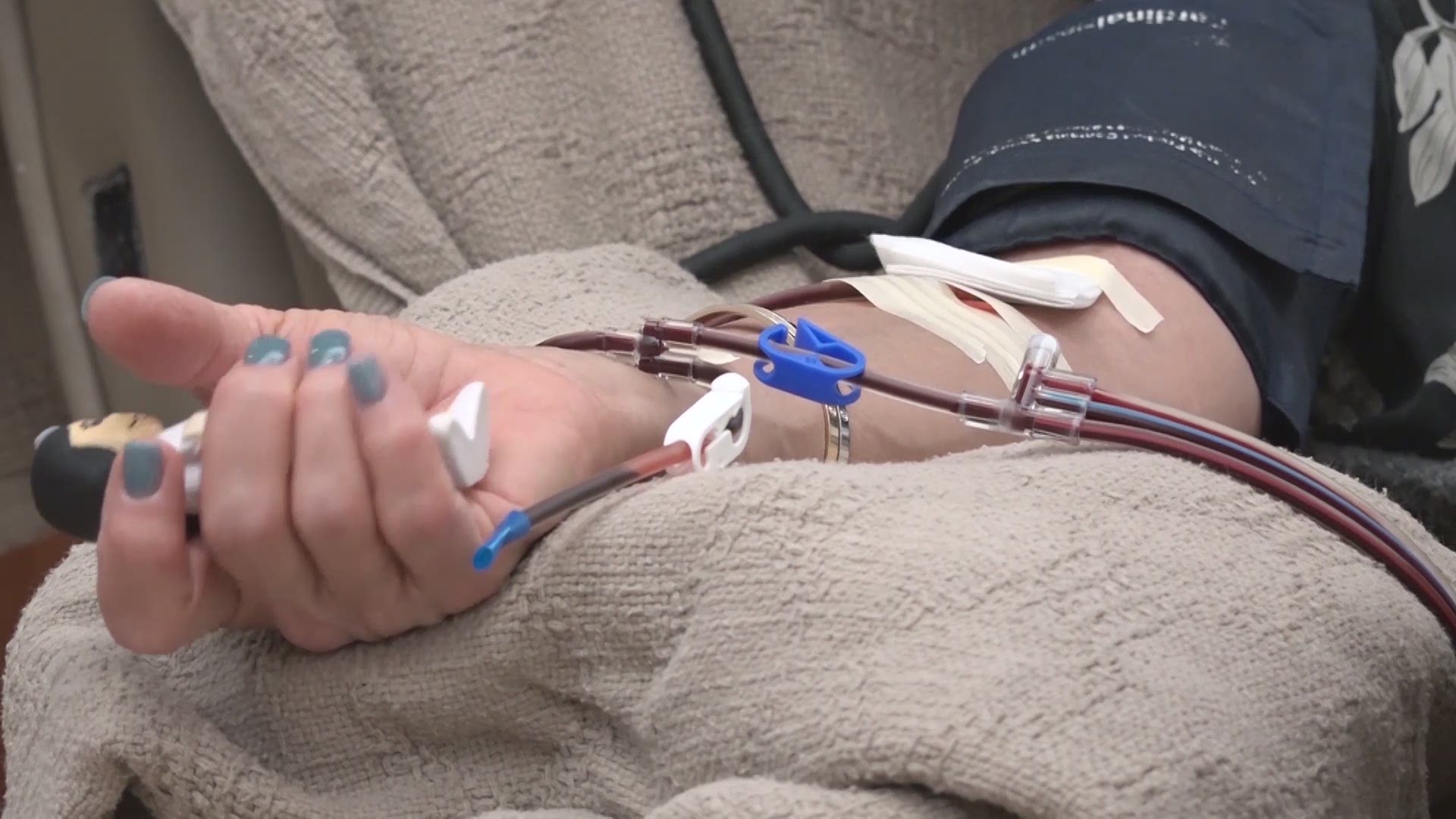 Since the pandemic started, the demand for blood has increased with fewer donors stepping up to the plate.

Ron White is a superhero. Even without the cape, he's saved more lives than we can count my donating blood.

White has been donating blood and platelets for decades.

When White was growing up, he looked up to his Uncle Jack who was a fellow donor.

"He was an amazing man. Everything a boy wanted to be, he was," White said. "He came home one day and had a bandage on his arm. I did a typical 11 or 12-year-old 'yuck' and he said, 'No Ronnie, you don't understand, I saved someone's life.' I made up my mind that when I was old enough, I'd do the same."

KENS 5 did a story on White in December 2019 when he hit a milestone of saving 3,000 lives by donating 125 gallons of blood. As of now, he has donated 130 gallons of blood. He started to give because of his uncle, now it's the people he meets along the way who inspire him to keep going.

He remembered a young boy at his church who was seriously ill and another girl he met who was fighting cancer. As White thought of those encounters, he got choked up. In those types of moments, White said words aren't needed to express gratitude.

"We couldn't talk, we just hugged," White said. "That made it worthwhile right there. All I needed was a hug."

White wears his heart on his sleeve, one he quickly rolls up for someone in need. He said giving blood is simple and selfless. White said we should all take a few minutes out of our days to make a difference.

"Get up and go help them," White said. "What a feeling, it's awesome."

A single pint of blood can save three lives. In White's case, it can also create a lifetime of happiness.

Traders Village has stepped up to help by giving donors a ticket to the Corny Maze when they donate at the Donor Pavilion starting Wednesday.