Only those who may have had contact with the animal's saliva or put their hand in the cow's nose or mouth are considered to be at risk, officials said. 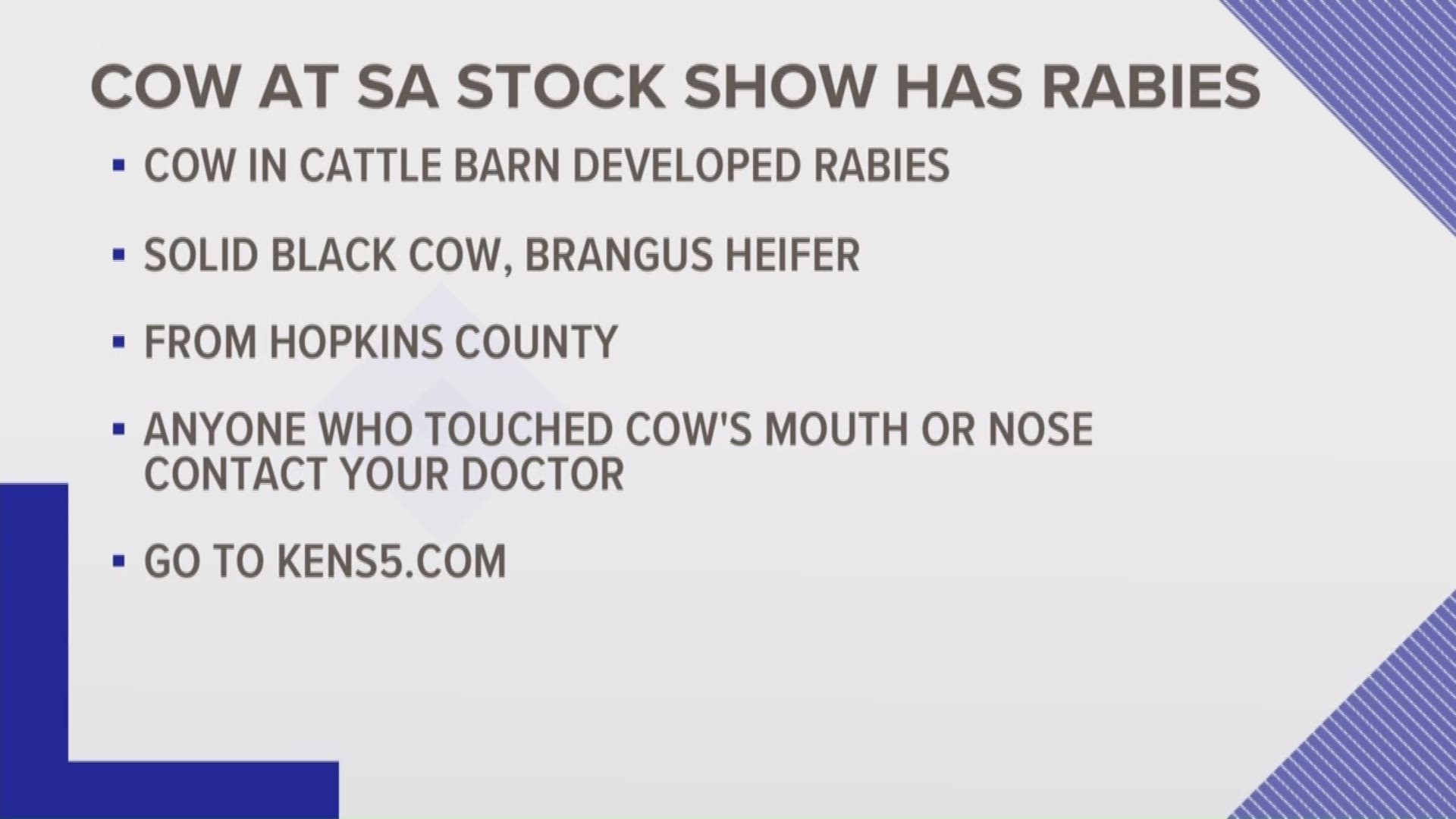 SAN ANTONIO — Some San Antonio Stock Show & Rodeo attendees who came into especially close contact with a specific cow at the cattle barn may need to be assessed for possible rabies exposure, according to the Texas Department of State Health Services.

A solid black cow that was shown by a Miller Grove ISD student from February 11 to 14 was found by DSHS to have developed rabies and was capable of spreading the virus that causes the disease.

In a joint statement, city health leaders and event officials emphasized that since "rabies is spread through the saliva of infected animals," only those attendees who closely interacted with the cow are recommended to be assessed. Specifically, those who "put their hand in the cow's mouth or nose or had contact with the animal's saliva...should be evaluated for a rabies exposure."

Anyone else who "didn't have that kind of contact with the cow," the statement reads, is not at risk.

The cow was reportedly only outside of the barn while being shown and then loaded and unloaded for transport while at the Stock Show & Rodeo. While inside the cattle barn, the animal was kept in stall 1473, towards the east end of the building.

It takes between three weeks and three months for someone exposed to rabies to get sick; once symptoms start, the disease is "almost always fatal," DSHS warns.