Red spray paint was found to have been used to leave words on the cenotaph in Alamo Plaza, among them "profit over people" with a downward-facing arrow. 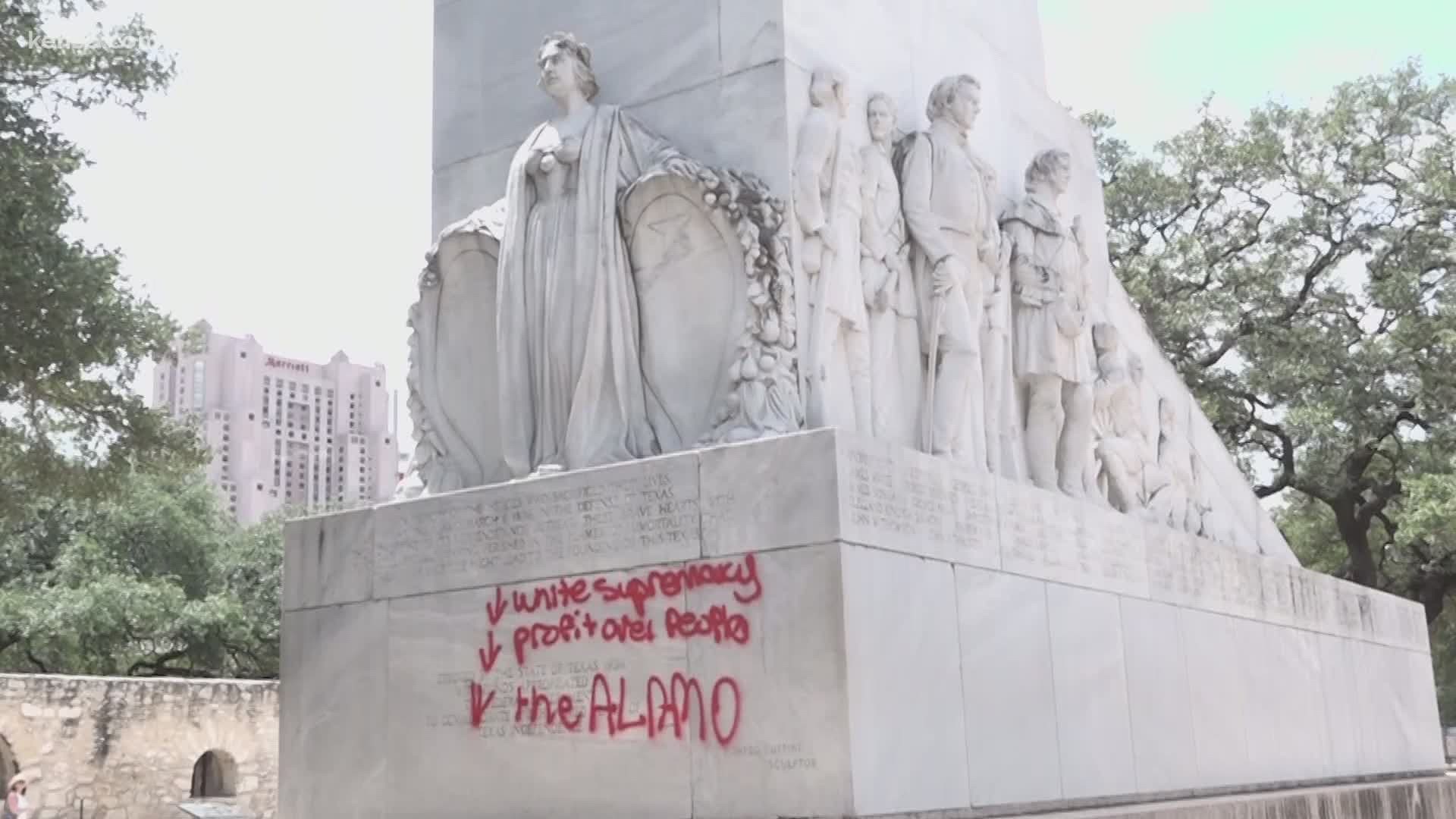 The red graffiti was found by police on the historic marble statue in Alamo Plaza around 1:15 a.m. The words read "white supremacy," "profit over people" and "the ALAMO"—each lined prefaced with a downward-facing arrow.

Later on Friday morning, San Antonio Police Chief William McManus told KENS 5 that a person suspected in another apparent act of vandalism on Travis Street just a few blocks away, 25-year-old Noah Benjamin Escamilla, is also suspected in this incident. Escamilla, however, has yet to be formally charged in the Alamo Plaza vandalism.