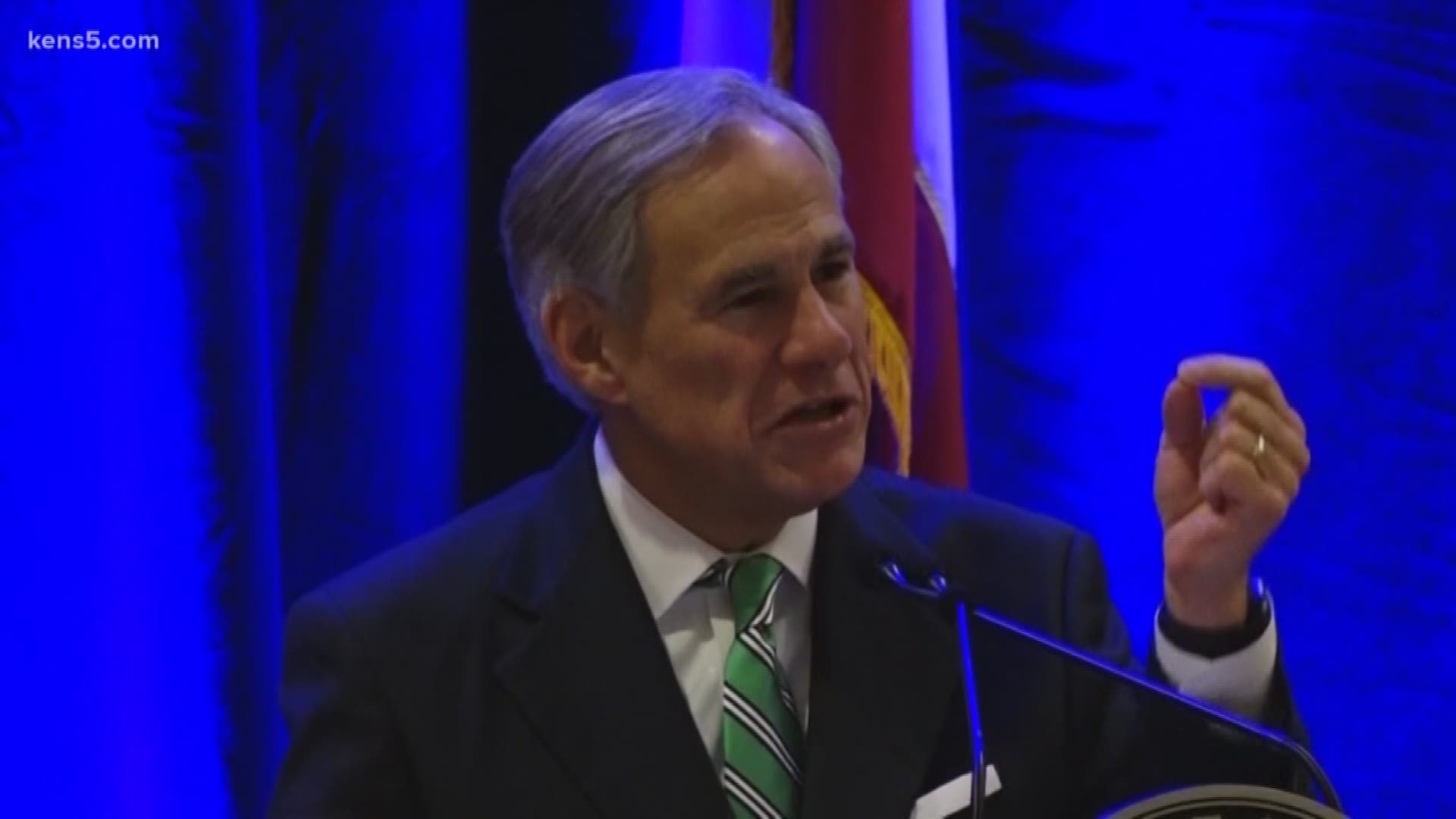 SAN ANTONIO — Governor Greg Abbott said he will fight any plan that requires all businesses to pay sick leave. The governor made the comment during his State of the State tour stop in San Antonio.

At a speech before members of the North San Antonio Chamber of Commerce, Abbott joined business leaders in taking a stand against cities regulating businesses' benefits and policies.

“Paid sick leave is a great business strategy, it’s a tool some businesses can use to attract employees, to retain employees, businesses should be able to use it," Abbott said. "But it should be used as a strategic mechanism by businesses at their own discretion. They should not be mandated by government.”

It’s why he said he supports Texas Senate Bill 15 and assured the North San Antonio Chamber of Commerce that it will be passed.

"It's going to include paid sick leave; it would include any kind of employee benefit that you would have or that you would negotiate with your employer before you take a job," Aldrete said.

Last August, the San Antonio City Council passed an ordinance requiring all workers be given paid sick days. If SB 15 is signed into law, it would void the city ordinance.

"I have already come out in favor of SB 15, put bills in both the Texas House and Texas Senate to ensure that we will not have a patchwork quilt of regulations in the state of Texas,” Abbott said.

He said if the bills didn’t pass, he speculates that businesses would move out of San Antonio to avoid providing paid sick leave and the city would lose the tax base.

"I declare school finance reform and increasing teacher pay to be emergency items that must be solved this session," Abbott said. "We have to work together to rein in a property tax system that is punishing families and punishing businesses."

Aldrete said her organization is looking forward to this legislative session and the outcome of the SB 15.

"Everybody was very happy that it is on his radar and that he understands that it is an issue that businesses throughout the state are having to deal with right now."