Governor Greg Abbott munched on some Chick-fil-A as he signed the so-called "Save Chick-fil-A" law. 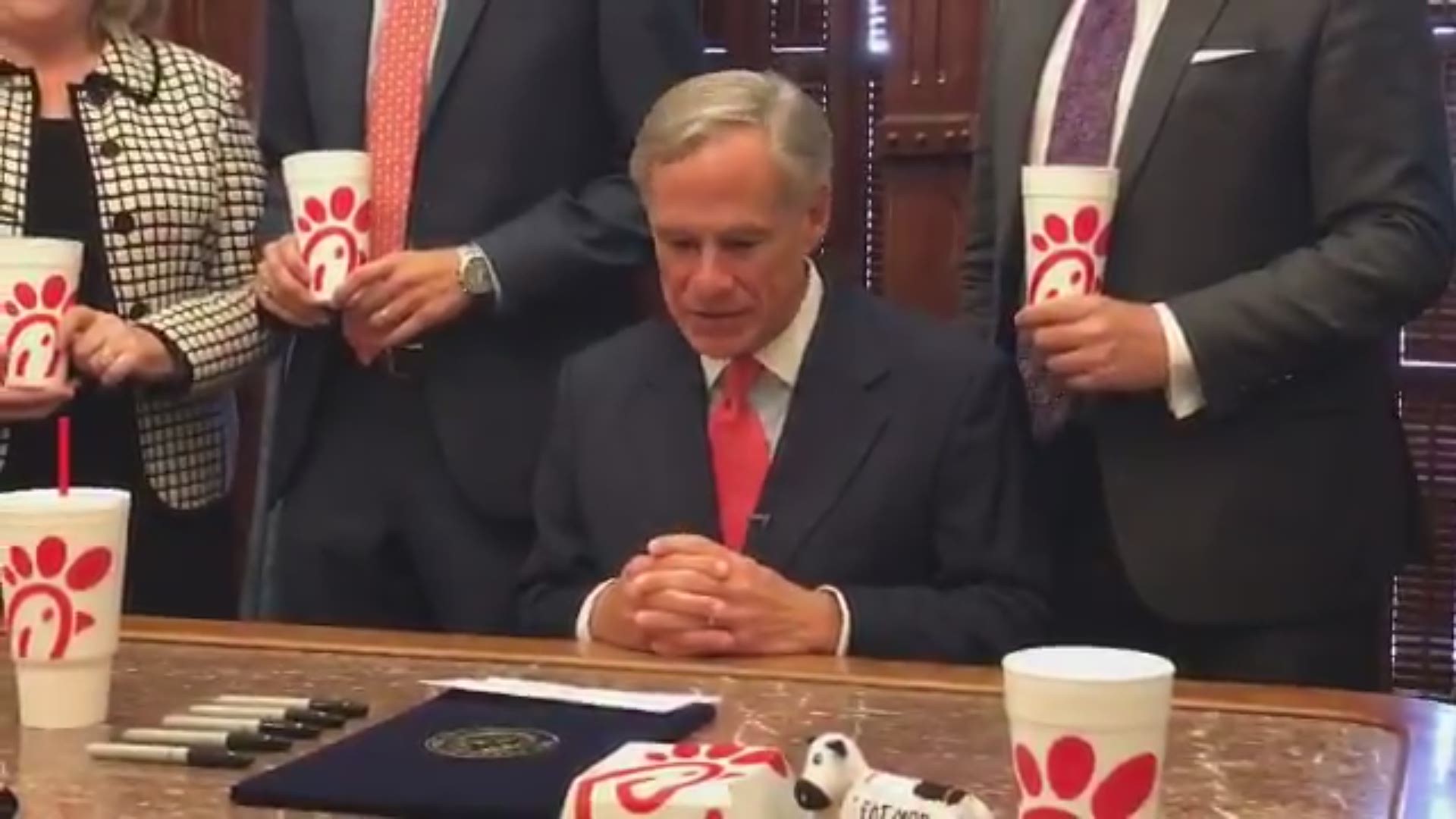 SAN ANTONIO — Governor Greg Abbott munched on some Chick-fil-A as he signed the so-called "Chick-fil-A"' law.

The bill originally came up after the San Antonio City Council blocked Chick-Fil-A from opening a location in the airport due to reported donations to organizations that protest gay marriage and other LGBTQ issues. The City council also reported that the restaurant's policy of being closed on Sunday also factored into their decision.

Thursday, Governor Greg Abbott posted a video on Twitter that showed him participating in a ceremonial signing of the bill. The bill was officially signed back in June.

In the video, you can see him eating a Chick-fil-A sandwich. Others around him have cups from the restaurant.