Mateo Lopez has not met a crowd he can't wow. His performances bubble with kiddie cuteness and a keen connection to his culture he's completely unaware of. 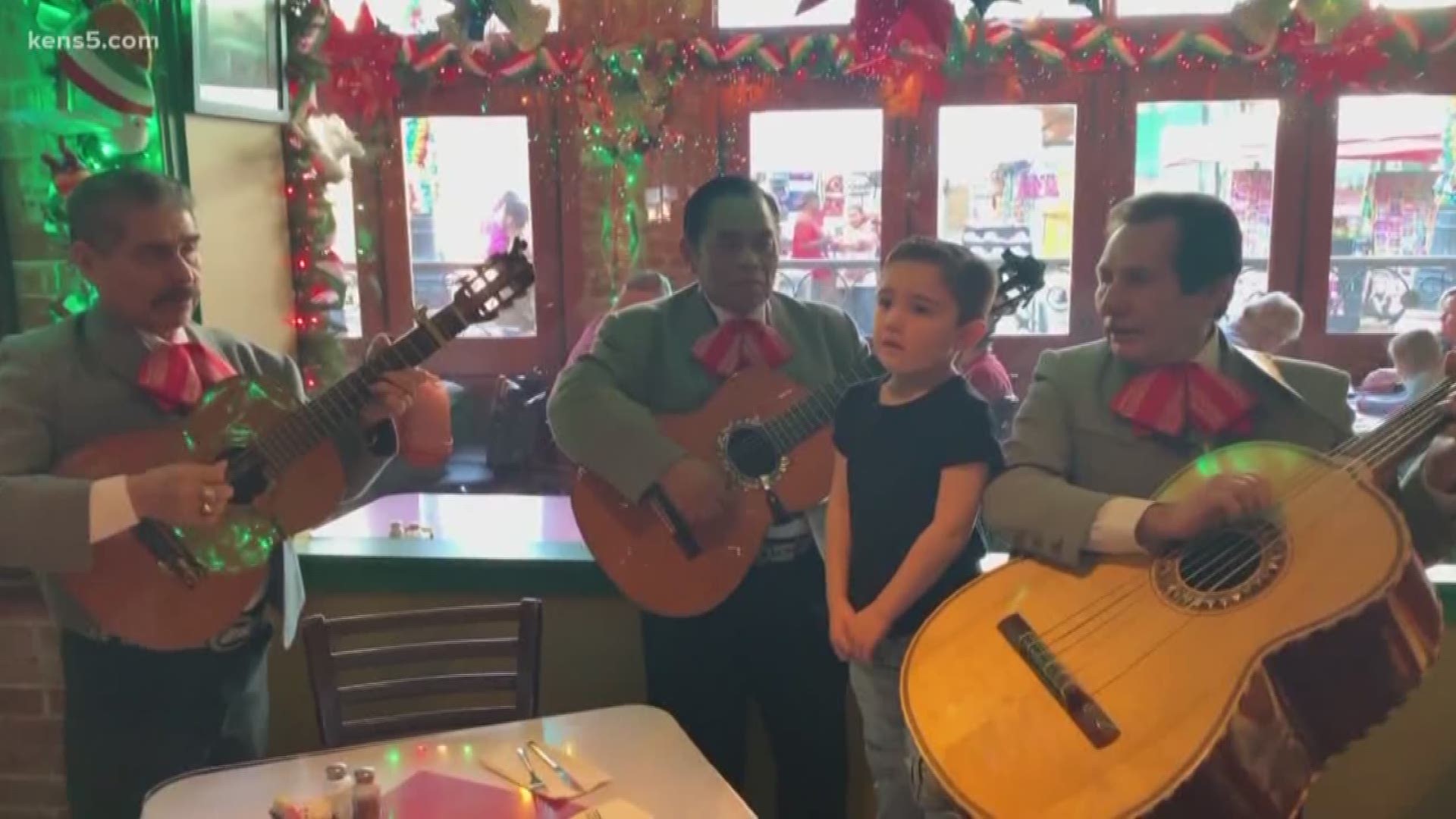 SAN ANTONIO — Mateo Lopez isn't sure he wants to be a singing star. At four years old, he's balancing his love for sports, girlfriends and monster trucks. But he does like to like to sing. His rationale is simple.

It's hard to pry him away from a performing Mariachi. He wants to perform. His parents, Albert and Janelle Lopez, have watched him bring the house down in restaurants and even in Market Square in downtown San Antonio.

"I didn't really notice it until about a month ago when he sang on the microphone for the first time," Janelle said. "And it just had me in tears."

This young Mariachi crooner started belting out the national anthem. He demands his performances even at home are done right. The family has to rise until he finishes the last note.

Of course, he wants to make a few bucks from his budding talent. He got eight  dollars recently at one of his impromptu performance. Luckily, no one is taking for a percentage of his earnings yet.

Right now, he is taking everyone by surprise. How does he know all of those songs? Mateo has a small set list of country, pop and Mariachi music under his tiny belt.

As his lineage would have it, his grandfather Lalo Lopez played the trumpet and sang with Mariachi groups. Mateo's father grew up around it.

"My dad was a Mariachi since I can remember," Albert said.

Albert wanted no part of the family tradition even though his father urged him on.

"Growing up where I grew up wasn't the best side of town," Albert said. "It wasn't the cool thing to do."

Albert admits he was embarrassed to take up Mariachi. His father's music even became a point of contention when a lung condition pushed his father toward death's doors.

Lalo wanted to play his trumpet but Albert hid it from him.

His father spoke eye opening words to his son.

"'If you take that trumpet away from me, you might as well kill me,'" Albert recalled.

He gave his father back his trumpet. Albert finally realized the trumpet and the music were his father's life. It wasn't long before Lalo died after the melody of his message reached his son.

Now, it's Mateo's turn. He's a Mariachi kid with a song in his heart. The tune is tradition and redemption.

"It makes me very proud because it comes from my pops," Albert said.