As for the cause, Lumberton Fire & EMS chief Jeff McNeel said "It was a controlled burn that got uncontrolled." 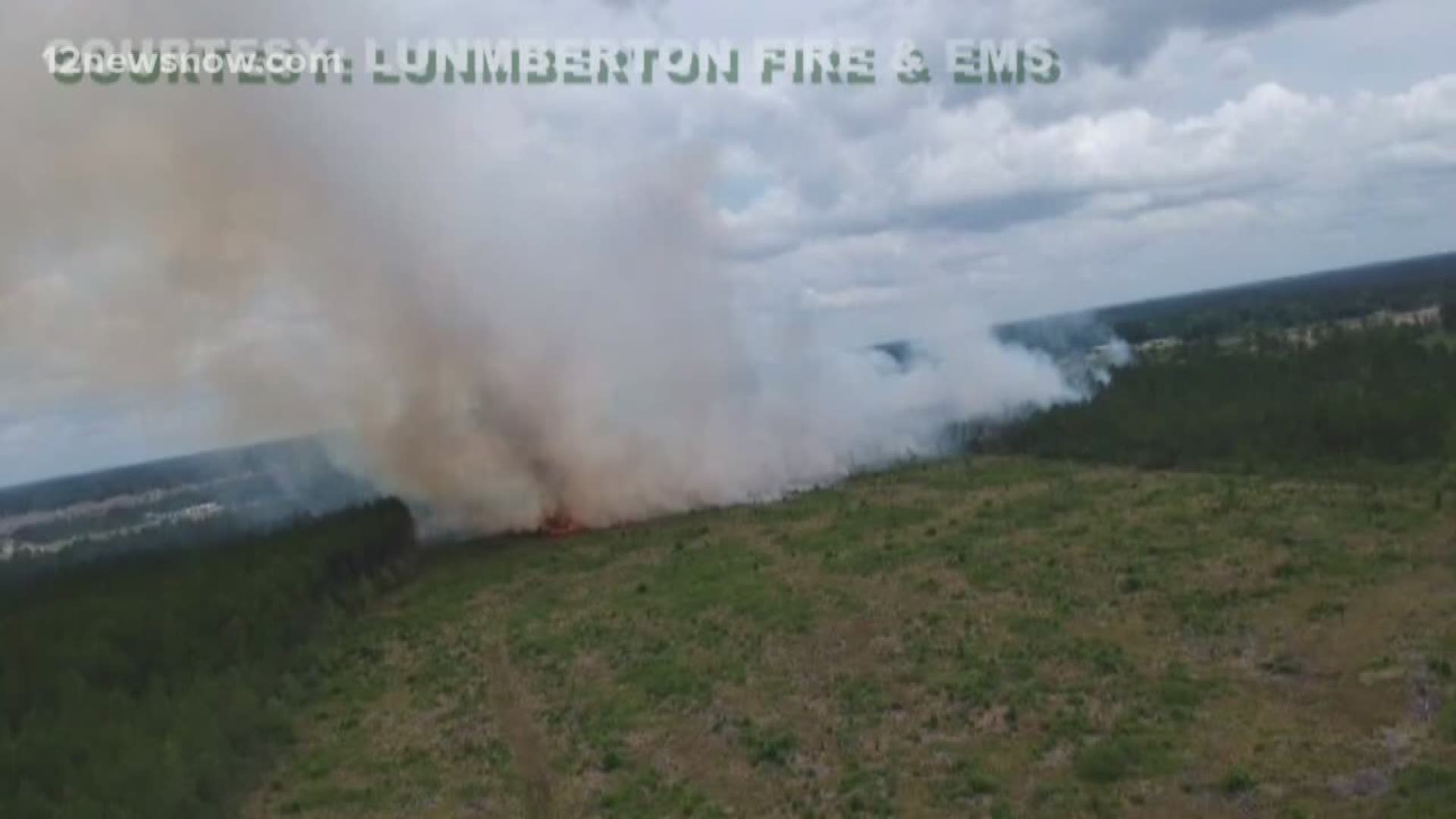 LUMBERTON, Texas — EDITOR'S NOTE: On Tuesday, the Texas Forest Service estimated 1,400 acres burned. After speaking with the land owner, that number has changed after finding out the area has been subdivided.

A huge brush fire in Lumberton had many firefighters scrambling.

Lumberton Fire & EMS chief Jeff McNeel tells 12News the fire began as a controlled burn, but quickly got out of hand.

The burn originated along FM 421 near the Saddlebrook Manor Apartments around 1 p.m. Tuesday.

But after surveying the area Wednesday to get an exact total, McNeel said 58 acres burned, according to the forest service.

1,400 was the original size of land, but it’s been 'extremely subdivided' since then.

Luckily, nobody was hurt, and no homes nearby were damaged.

While this fire was going on, students at Lumberton High School took it upon themselves to help out as well. 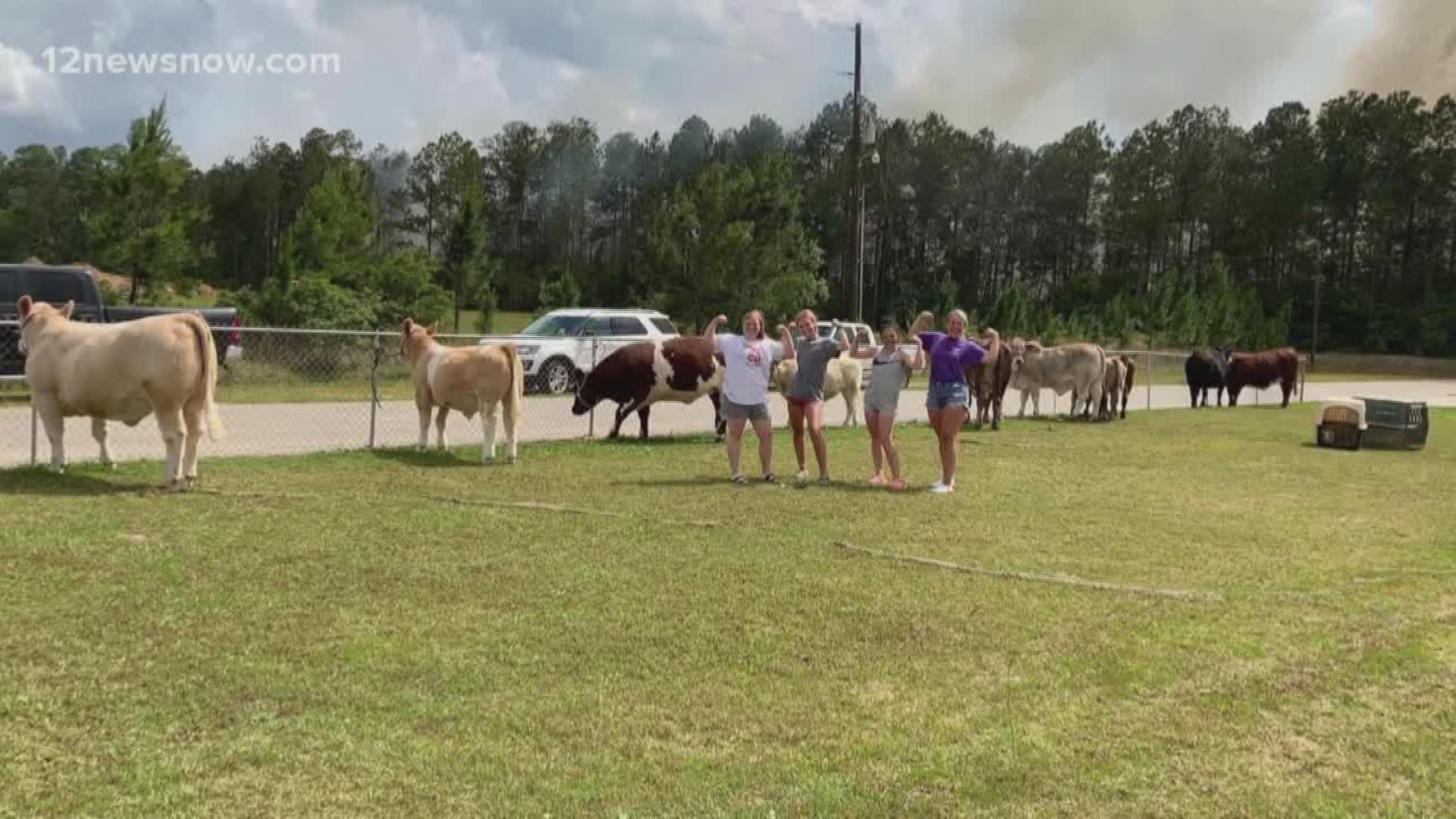 Heidi Wilkerson and Abigayl Goodman were at the high school's barn, just yards away from the flames, to check on their FFA animals.

"All of this caught on fire behind us," Wilkerson said. "It got really hot inside the barn and started smoking, so we decided to go ahead and get them out."

Within minutes, four girls were able to rescue more than a dozen animals.

"It was around 20, because we have 22 cows and we got all of them out except one since it was all calmed down," Goodman said.

Chief McNeel says crews set up at different locations around the fire, to protect nearby homes.

"There was a lot of ash that was going into the air and it could threaten neighborhoods," McNeel said.

Firefighters all across Hardin County stepped in to help, including Silsbee and Kountze.

The Texas Forest Service was also called, so bulldozers could dig fire lines.

"Challenges were the wind driving it and if you look into the woods, it's thick," McNeel said.

He tells us it took more than four hours to get the blaze contained.

As for the cause, McNeel said "It was a control burn that got uncontrolled."

McNeel adds it's a good day when everyone makes it home safely, including animals.

"We were worried about the heat getting inside of it and being that the barn is enclosed, we just didn't want them to suffocate or anything," Wilkerson said.

Some of the areas behind Lumberton High School might still burn, but crews will continue to monitor.

Chief McNeel says if anyone notices rekindling or is concerned with flames inching toward a neighborhood, call 911.