The parents of a La Vernia rape victim filed a federal lawsuit seeking monetary damages after 10 students were arrested in connection with widespread hazing accusations at the high school, according to the family's attorney. 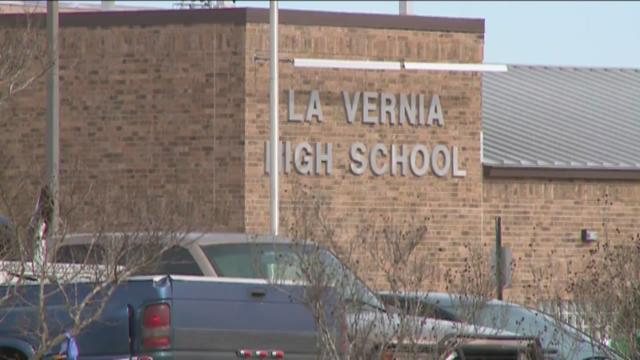 LA VERNIA, Texas - The parents of a La Vernia rape victim filed a federal lawsuit seeking monetary damages after 10 students were arrested in connection with widespread hazing accusations at the high school, according to the family's attorney.

The complaint was filed in the Western District of Texas Thursday "seeking injunctive relief and monetary damages arising from their son’s sodomization as part of a team 'initiation' ritual, allegedly known about by administrators and coaches in the La Vernia Independent School District."

Specific allegations included in the lawsuit are as follows:

"The subject hazing rituals and traditions are a form of bullying and have been part of the culture of the School’s football team for at least a decade, according to news accounts, and possibly longer.

The teams’ coaches have sanctioned these rituals, while other school officials, including La Vernia ISD and the School’s principal, athletic director, and coaches, turned a blind eye toward the abuse, even after the abuse was reported to them.

Indeed, the Plaintiffs are but a fraction of the students who have been physically and sexually assaulted pursuant to these sadistic hazing rituals which include rape, sodomy, unlawful sexual penetration, and sexual abuse. In addition to seeking damages to compensate Plaintiffs for their psychological injuries, CHILD DOE, who still attends the School, also seek injunctive relief that will put an end to the hazing rituals, so that neither they nor future members of the School’s football team will be subjected to the same abuses Plaintiffs have suffered."

As KENS 5 reported, three of the students arrested in connection with the hazing allegations are over the age of 18. The rest are juveniles.

"The complaint is but 'the first step in an effort to peel back the covers on a long and sordid history of neglect, misconduct, and abuse at La Vernia High School involving dozens of children over a decade or more," attorney J.K. Ivey said.

Read the full lawsuit below: