Family of teen killed during alleged fight speaks out

“I thought I was waking up from a nightmare,”Marie Fernandez recalled. 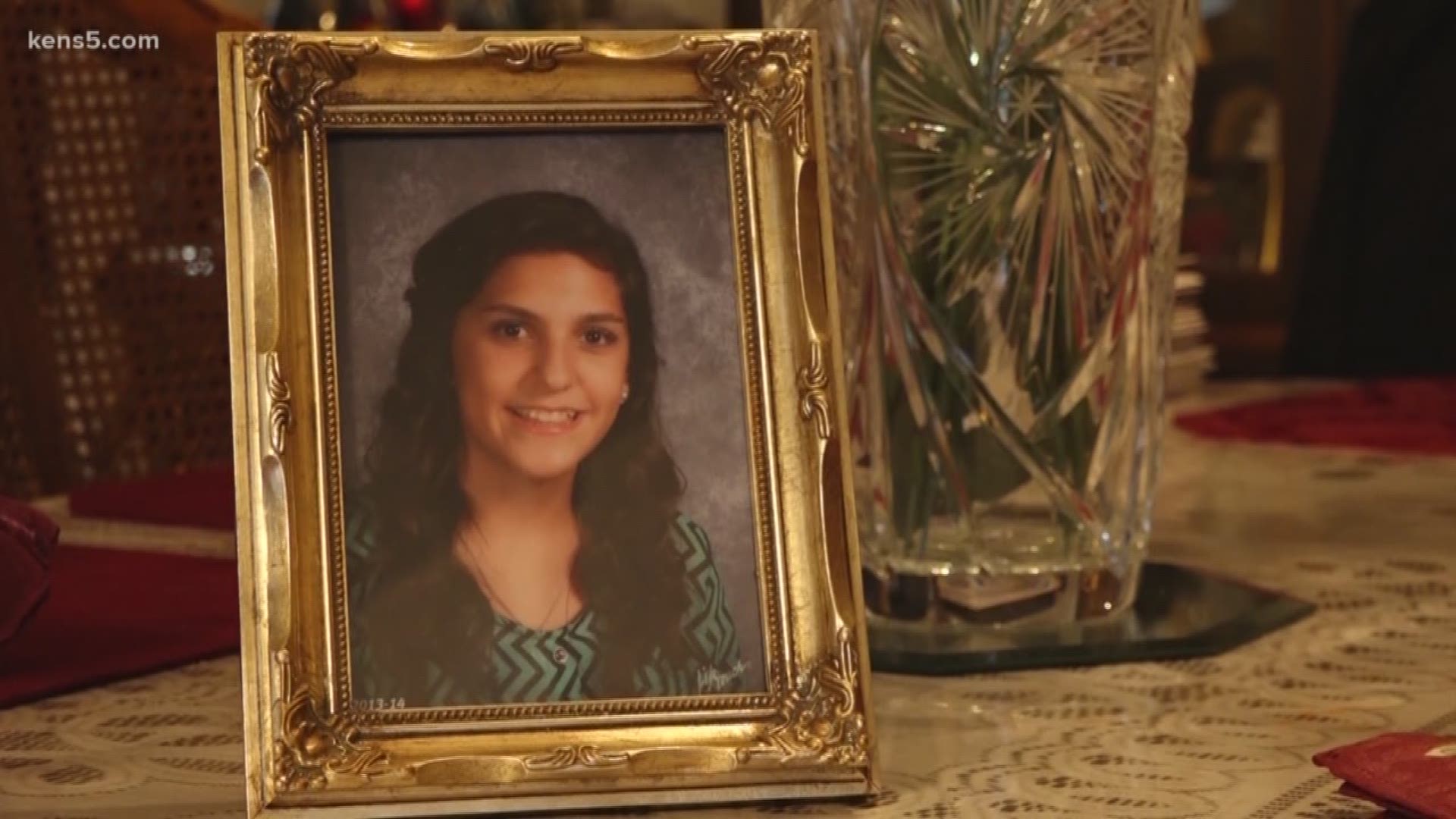 SAN ANTONIO — A family is grappling with the stabbing death of 18-year-old Kaitlin Leonor Castilleja that police say occurred during a fight early Friday morning on the northeast side. Castilleja's aunt, Marie Fernandez, spoke with KENS 5 but didn’t want to go on camera, adding that her family is broken.

Fernandez says her niece's college career was set to kick off Friday at Northwest Vista College. But on that day an empty seat marked Castilleja's place.

“I broke, I was lost for words and I just sunk into my pillow and didn't believe it,” Fernandez said. “I thought I was waking up from a nightmare.”

She cried as she reflected on the time she shared with her niece and her aspirations.

It's a day they will never see as they now work to piece together her death.

According to investigators, a 16-year-old stabbed Castilleja and Vivian Foster after she claims she was attacked by the girls outside of her home on the northeast side around 1 a.m. Police say they also received a call from the pair stating they were stabbed after “jumping” a girl at her house by Judson and Stahl Road.

During the fight, police say the 16-year-old stabbed Foster and Castilleja. Foster only had superficial cuts, but Castilleja was later pronounced dead at the hospital.

Fernandez says her niece was not close friends with Foster, adding that she was the sister of Castilleja’s ex-boyfriend. She said she believes the fight between the 16-year-old and Fernandez’s niece stemmed from Foster’s brother.

"I guess an ongoing feud in regards to an ex-boyfriend," Fernandez said.

She said she believes her niece was lured to the scene. However, the suspect told police she received messages on social media from the two girls stating that they wanted to fight her.

The family says the timeline that led to the death of Castilleja does not make sense.

"We don't know who the other folks are, but we do know that it was publicized on social media that the video is out there somewhere of what had happened," Fernandez said.

Police say the "murder weapon" was found in the suspect's driveway and she was detained for the stabbing death. Her name is not being released because she a minor, but she is being held at a juvenile detention center until she attends a hearing, while will likely happen next week.