Watch: J.J. Watt surprises cast of 'Cheer' and their reaction is priceless

The championship cheerleaders were telling 'Today Show' hosts about all their celebrity fans when one of them showed up. 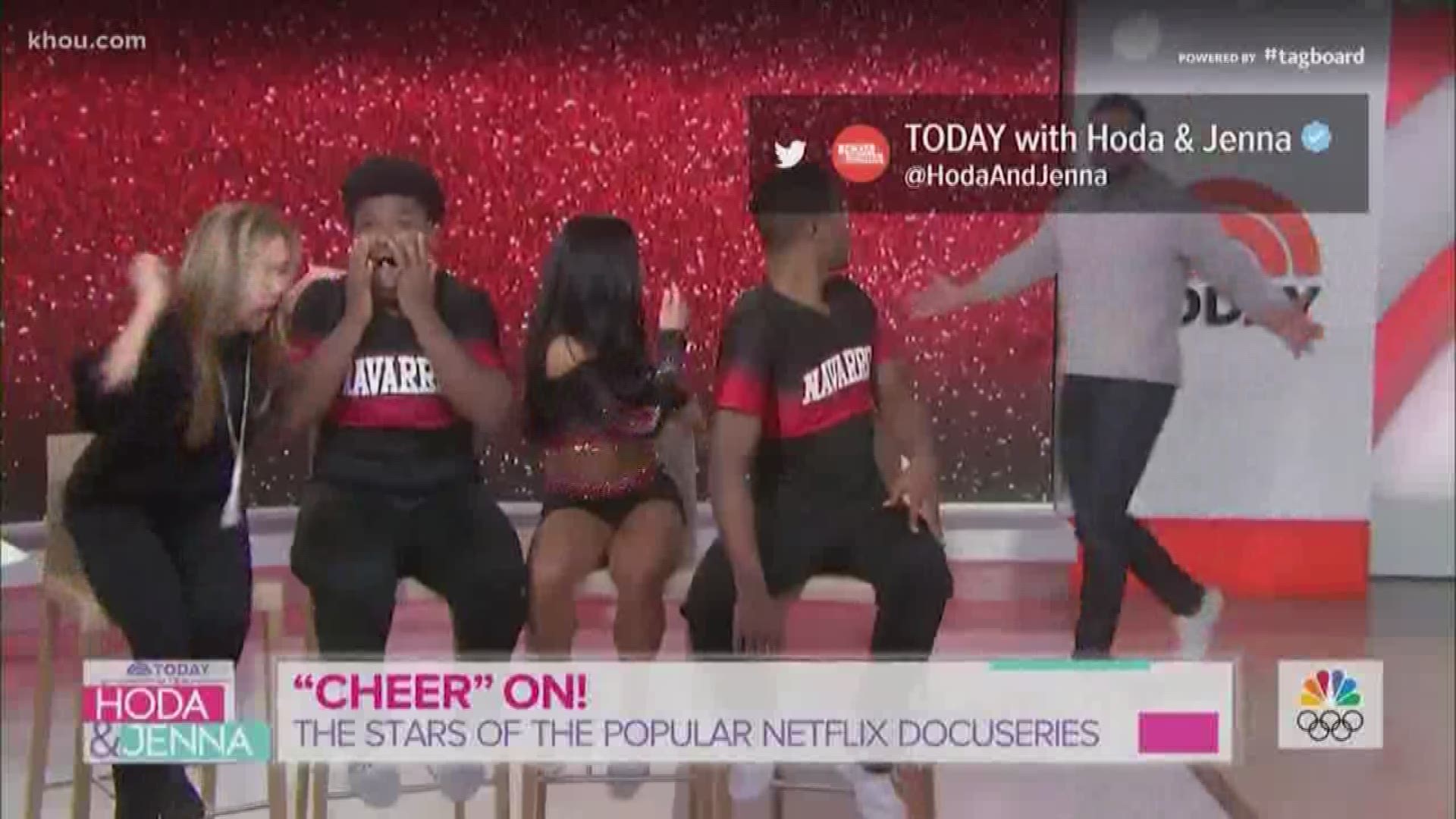 NEW YORK — The cast of “Cheer,” the riveting Netflix docuseries that follows the Navarro College championship cheerleaders, were jumping for joy Wednesday morning.

Aldama said they were blown away by all the celebrities who are tweeting about the inspiring – and sometimes controversial – series.

“We were just like ‘Oh my God, Chrissy Teigen just tweeted about us,’” Aldama told hosts Hoda Kotb and Jenna Bush Hager. “And then it was Reece Witherspoon and J.J. Watt.”

That’s when Watt came out and surprised the cast.

Harris, the hands-down fan favorite on “Cheer,” and the others were screaming and jumping up and down as Watt hugged each one of them.

Watt recently tweeted that he got hooked on the Texas-based show after fiancée and star soccer player Kealia Ohai convinced him to watch:

Kealia: “I’ve heard people say CHEER on Netflix is really good, we should watch it.”

Me 2 episodes in: JERRY HARRIS IS THE HEART AND SOUL OF NAVARRO COLLEGE CHEERLEADING. IF HE DOESN’T MAKE THE MAT, I WILL RIOT.”

“Netflix series CHEER had me convinced after 2020 I’m trying out for Navarro Cheer,” she tweeted.

The team responded with an invitation to join them anytime and Harris gave Biles one of his trademark “mat talks."

Watt is in New York because he’s hosting “Saturday Night Live” this weekend. He’s also appearing on “The Tonight Show with Jimmy Fallon” on Thursday.