The students demanded the list of professors on Wednesday during a protest outside of the provost's office. 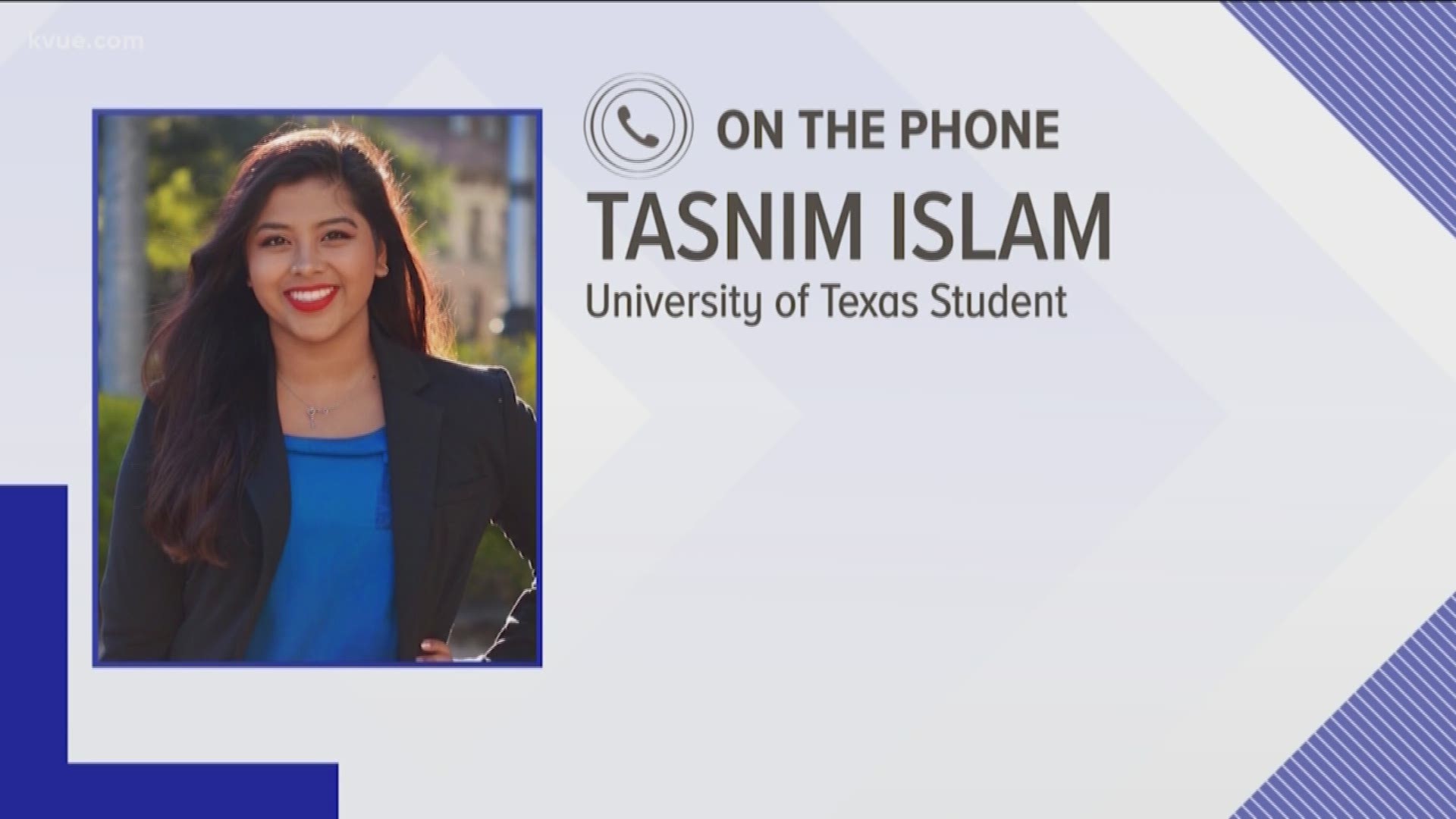 AUSTIN, Texas — University of Texas students aren't giving up as they continue to protest outside of the provost's office demanding accountability for sexual misconduct at UT.

The students said certain professors, who have allegedly violated sexual misconduct policies, are a threat to their safety. They said the biggest issue is UT doesn't inform them about the professors who have violated these policies

"The entire thing is a choice. They're choosing not to inform students and that's the issue that we have, and that's why we're stressing transparency because it's something they actually can do – legally everything – they're allowed to do this. It's the fact that they're choosing not to," said Simone Gabriela Harry, a UT student.

Wednesday's protest is the third one this month and students said they won't let it go. They mainly want a report to be sent out to the entire student body naming guilty professors.

"The information that we’ve been receiving about these professors and sexual misconduct has come from students themselves and people doing the work and doing the research," said Harry. "There's still been inaction. There's still been dismissal, I mean, a lack of action from UT."

UT has responded to each protest with a statement. On Wednesday, the university stated that it takes allegations of misconduct seriously:

Regardless of the status of the alleged wrong-doer, the university follows policies that are prompt, fair and impartial. We understand that students feel the university can do better, and we agree. We look forward to the findings of the external review and receiving further input from the Misconduct Working Group of students, faculty and staff to guide potential improvements."

In the statement, the university continued to list the actions taken since Oct. 25:

University leadership has communicated these steps through three messages to the campus community and will continue to keep the campus updated:

These are all important steps, but our work is just beginning. We will continue partnering closely with student leadership and other campus stakeholders to find solutions to these issues."

As of Dec. 11, Misconduct Working Group meetings have held between students and university leaders. Students say this lets them explain their demands to UT leaders.

The students in the group say the university has expressed interest in not releasing professors' names, but students say it's not ending there. They plan to keep pushing for the list to be made available to students signing up for classes.

The group plans to meet every two weeks this spring.