Hartzell has replaced Greg Fenves as the University of Texas at Austin president. 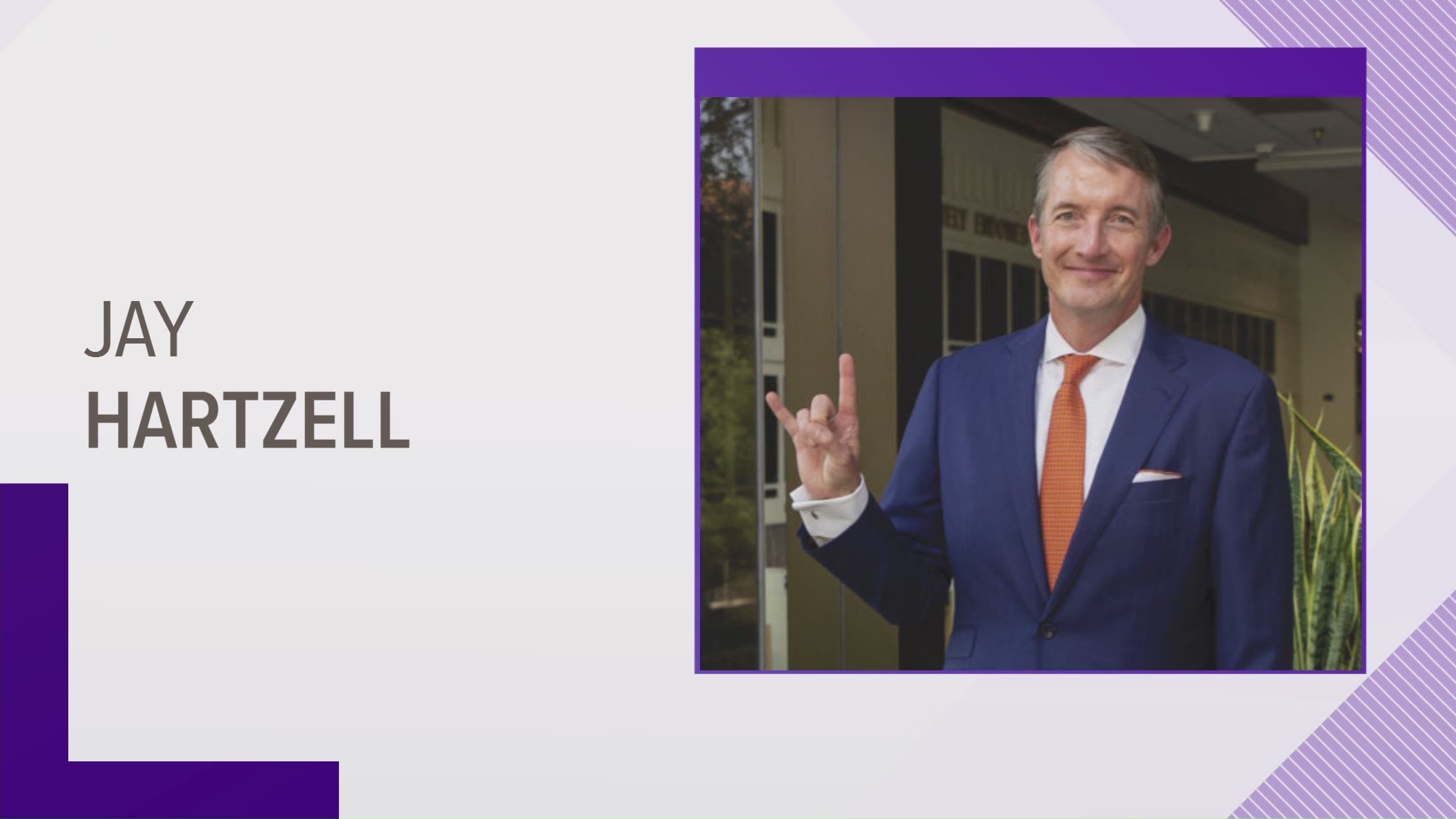 AUSTIN, Texas — With a unanimous vote from the Board of Regents, the University of Texas at Austin has named Jay Hartzell as UT's new president.

“In the short time Jay has been interim president, he has led UT Austin with a steady hand and an eye on the future,” said Board Chairman Kevin P. Eltife. “Jay continues to demonstrate that he is a leader who can manage enormous challenges and still maintain a focus on elevating the academic, research and clinical missions of a world-class institution.”

Online students will take up 75% of class seats this fall, UT Austin says

Hartzell earned his doctorate in finance from UT Austin in 1998 and then returned in 2001 as a faculty member, according to a university press release.

“I’m humbled that Chairman Eltife, the members of the UT System Board of Regents and Chancellor Milliken have given me the honor of a lifetime, selecting me to serve as the next President of The University of Texas at Austin,” Hartzell said. “This is a dream come true for me because it means that I get the chance to go to work with students, faculty, staff and alumni and put all my energy into helping Longhorn Nation do what it does best – change the world.”

“Jay has been a student, accomplished professor, and outstanding academic administrator at UT Austin. He knows UT and Texas well and has demonstrated that he has the ability to lead the university in the most difficult of times,” said UT System Chancellor James B. Milliken. “I am delighted with the Regents’ vote today.”

.@utsystem Board of Regents unanimously votes to appoint @JCHartzell the 30th president of The University of Texas at Austin: https://t.co/YiPFY84k0t

Watch Chairman Kevin Eltife talk with President Hartzell about his vision for the university: pic.twitter.com/fZWjQtFjgU

In Hartzell's first fall semester as university president, he's had to navigate leading the school through the COVID-19 pandemic. He helped established plans and protocols for students to return to the Forty Acres and also pursue education online in an expanded capacity.