UT President Jay Hartzell updates how the university is becoming a more welcoming and inclusive campus. 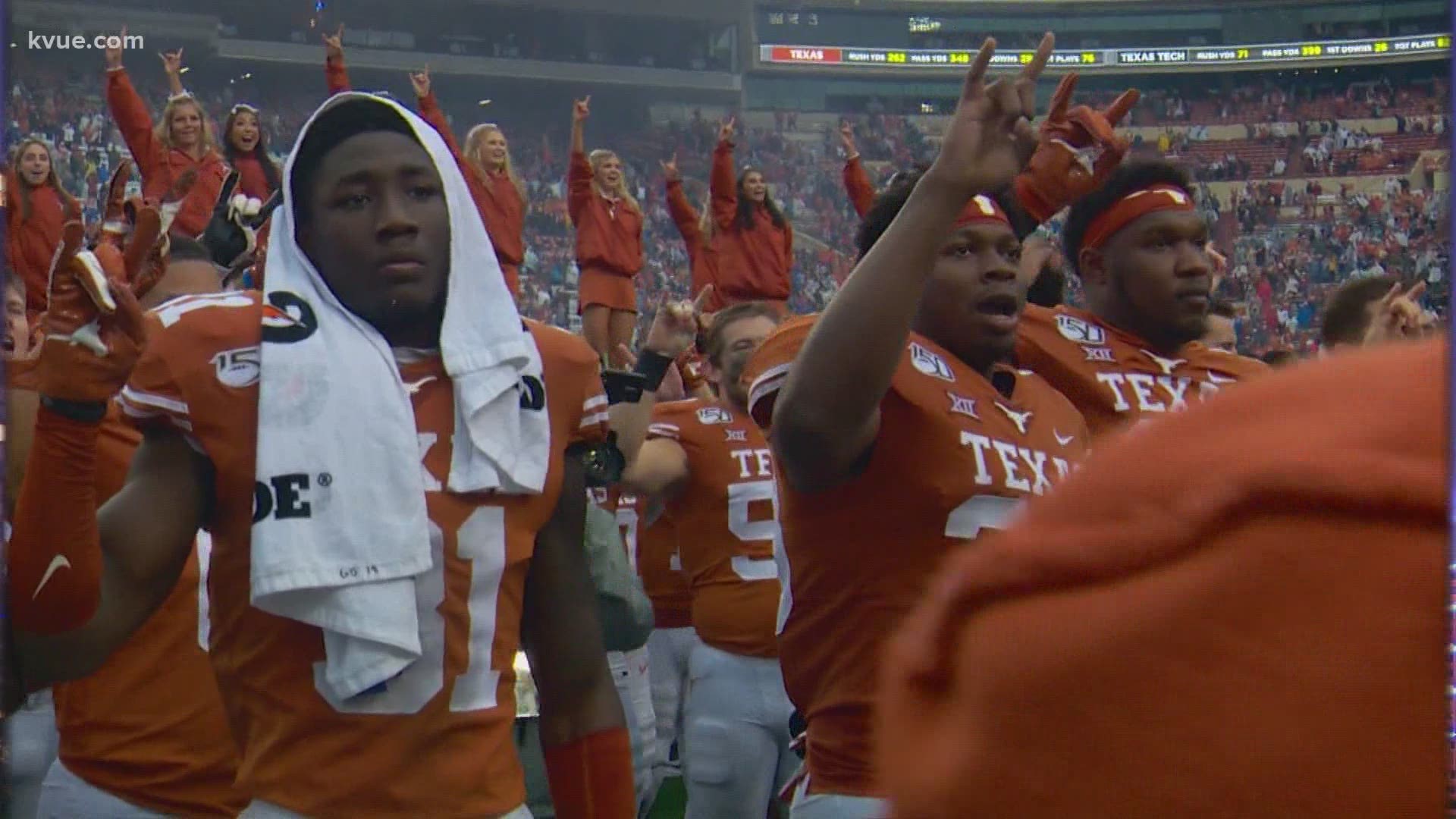 AUSTIN, Texas — In July, then-interim University of Texas President Jay Hartzell announced a distinguished list of changes to come to the university after numerous student-athletes spoke out on social injustice.

The response came after those student-athletes demanded change such as renaming certain campus buildings, replacing statues, starting outreach programs and replacing the school's alma mater "The Eyes of Texas."

Among those changes included items such as making a multimillion-dollar investment to programs that recruit, retain and support Black students; rename the Robert L. Moore Building as the Physics, Math and Astronomy Building; honor Heman M. Sweatt in numerous ways; erect a statue for Julius Whittier, the Longhorns’ first Black football letterman, at DKR-Texas Memorial Stadium; and more. For a full list of the changes to be made, read Hartzell's letter here.

On Tuesday, Hartzell – who has since been officially named the UT president – provided an update to these measures he said the university would undergo.

It’s been a busy 1st couple of weeks on the job! Here’s a recap of some highlights, plus an update on how UT is becoming a more welcoming & inclusive campus. Looking forward to future conversations about UT’s shared values & vision: https://t.co/JheHTsPwOX

In a letter to the UT community, Hartzell said in the past week, the university had done the following to address the changes he announced in July:

As of Oct. 6, three of the items have been completed: renaming the Robert L. Moore building, renaming Joe Jamail Field in honor of UT legends Earl Campbell and Ricky Williams and expanding the UT Austin Police Oversight Committee.

One of the more controversial topics amid the nation's reckoning on racial and social injustice is the origin of "The Eyes of Texas." Back in July, Hartzell said the song would remain the school's alma mater, but said the origin had "created a rift in how the song is understood and celebrated, and that must be fixed."

Hartzell said in his Tuesday letter it is critical for everyone to understand the full history of the song, share that history broadly and provide context around its meanings, origins and roles during the past 120 years. To address this, Hartzell has tasked Professor Richard Reddick, a Texas Ex and associate dean for equity, community engagement and outreach in the College of Education, to chair a committee to chronicle the full history of the “The Eyes.”

Reddick and this committee, made up of diverse alumni, staff members, faculty members and students, including current and former athletes and Longhorn band members, have until January 2021 to complete their work, so there may be a plan put in place to "own, acknowledge and teach about all aspects of the origins of 'The Eyes of Texas'" as stated on the website dedicated to tracking UT's progress on its plan to promote diversity, inclusion and equity.

"Amid the challenges around us, so many of you continue to reinforce how many great things are happening at UT with your words, actions and accomplishments. Keep them coming," Hartzell said in the Tuesday letter. "I remain committed to our university doing even more, and I hold fast to the belief that you should never bet against Texas. So thank you to those who have and continue to share your thoughts, concerns and ideas with me – and I look forward to fuller conversations about our values and vision during the coming year."

WATCH: Texas vs. OU: This Red River Showdown could be Sam Ehlinger's last

Should Texas bars reopen? Here's what the COVID-19 stats suggest