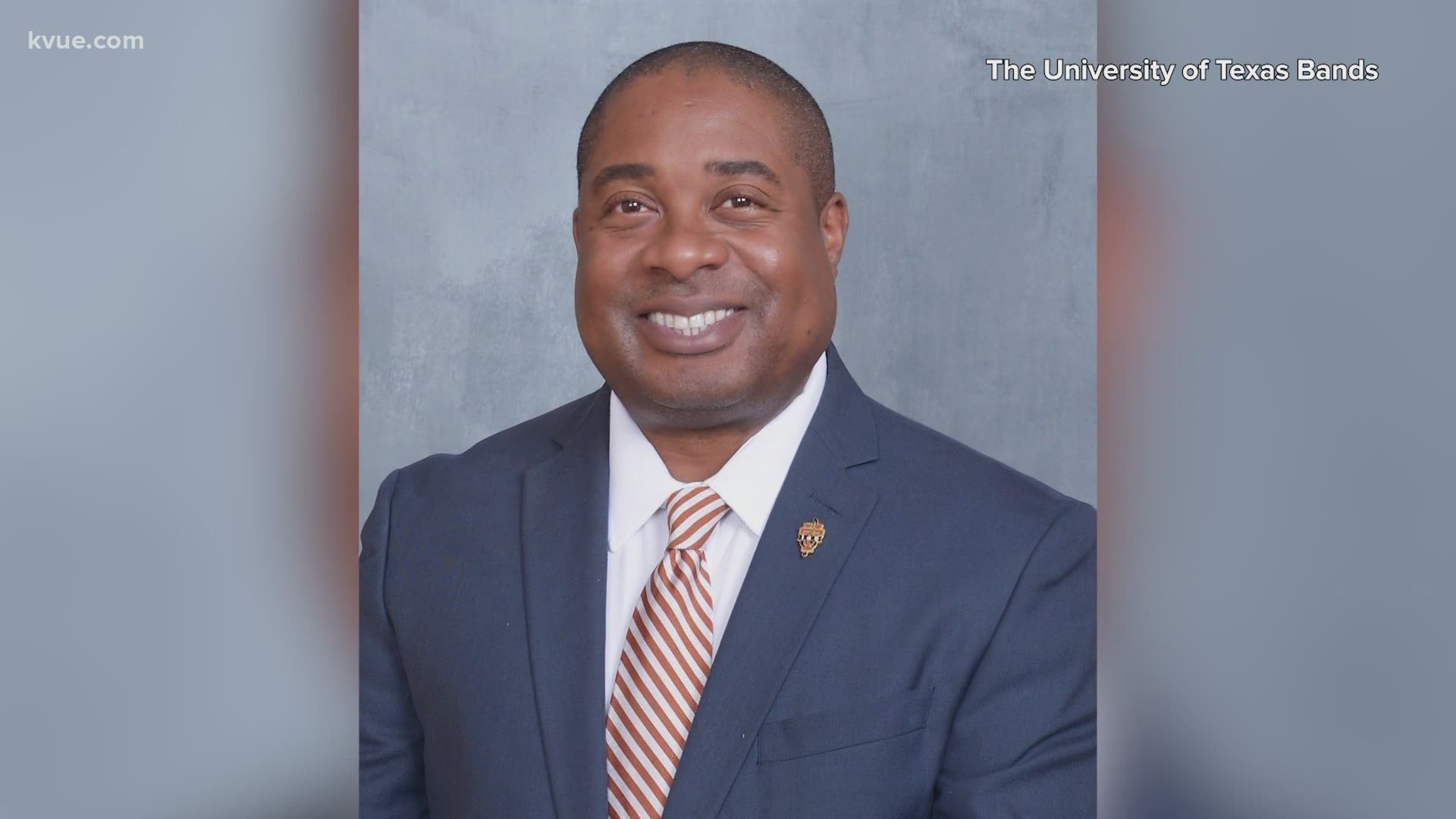 AUSTIN, Texas — The Longhorn Band at the University of Texas at Austin has a new director, a former band member himself, and the first Black person to take on the role. It comes on the heels of the "Eyes of Texas" song controversy.

According to the Butler School of Music at UT, Cliff Croomes has been named the new associate director of bands and the director of the Longhorn Band. He starts on June 1.

He graduated from the Butler School of Music in 2001 and is an alumnus of the Longhorn Band. Before taking on the new role, he served as the assistant director of bands at Louisiana State University and as the music director and principal conductor of the Civic Orchestra of Baton Rouge.

“I am thrilled to return to my Longhorn roots at The University of Texas at Austin,” Croomes said in a written statement from the school of music. “I have a long history with the Longhorn Band, and it’s a dream come true to lead this program. I’m honored to work with these talented students as we write the band’s next chapter.”

The Longhorn Band performs at all in-state football games, for various Texas Longhorn Athletics teams and at special pep rallies.

After the racial unrest in 2020, advocacy groups and UT students spoke out against the use of the school song, "The Eyes of Texas," and demanded the school stop playing the song they claim has a racist history. In June 2020, UT Professor Dr. Edmond Gordan explained in a tweet from the UT Liberal Arts Twitter account the nodes of racism won't be found in the "The Eyes of Texas" lyrics itself but in the song’s past. You can take the full tour here.

The Texas Tribune reported that alumni and donors emailed President Jay Hartzell, threatening to stop supporting the university financially – including canceling season tickets, ending donations and boycotting games – if the school didn't stand up to "cancel culture." The Tribune also reported anecdotes from Longhorn football players, saying they were forced by the university to stay on the field for the alma mater to appease the fans.

Days after that Texas Tribune report, a committee on campus determined there is "no racist intent" behind the song, and that it would remain the school song.

WATCH: 'The Eyes of Texas' will remain UT's school song

Austin names 45 City-owned properties to be considered for sanctioned encampments, outlines next steps

Buyers get the home but offer $300,000 over asking price to do it in red-hot Texas real estate market